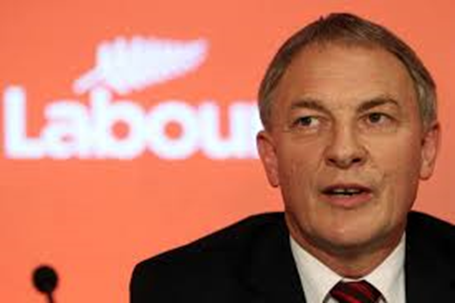 STEPHEN MILLS, from Labour’s pollsters, UMR Research, today confirmed that Labour’s support has slipped back to just 30 percent. He also informed RNZ’s listeners that Phil Goff is leading his nearest rival for the Auckland Mayoralty, Victoria Crone, by 33 percentage points. This is, of course, the same Phil Goff who, as Labour’s leader, failed to squeeze more than 27 percent of the Party Vote out of the New Zealand electorate.

This lack of trust is crippling. If it’s not addressed, and soon, it will produce yet another electoral defeat. Whether Labour can sustain a fourth rejection by the electorate – especially if it turns out to be worse than the 25 percent 2014 result – is highly debateable. A century-old party can only go on losing for so long before it simply fades away.

It is the privilege of historians to pinpoint the causes of an institution’s malaise, even when they have little to offer by way of immediate solutions.

In Labour’s case, the origins of its malady are easily discerned. The embrace of what were then called “free-market policies”, in the late-1980s, destroyed Labour as a mass party. Splits, first to the Left, and then to the Right, further weakened the organisation. That Labour survived at all as a viable electoral force was due, almost entirely, to the iron will of Helen Clark. All that has happened to the party since her departure in 2008 only confirms her pivotal role in delaying Labour’s disintegration.

What Clark was unable, or unwilling, to do, however, was the one thing that might have breathed new life into the Labour Party. To rebuild Labour as a trusted and decisive political force, it was necessary for someone to stand up and publicly repudiate Rogernomics.

This needed to be more than simply a half-hearted owning up to “mistakes”. It had to be a root-and-branch condemnation of the entire exercise – accompanied by a process of “rejuvenation” that completely denuded the parliamentary caucus of all its Rogernomes.

This latter exercise is crucial. Indeed, the repudiation of Rogernomics can only proceed successfully when the Rogernomes themselves are gone Any attempt to reassert democratic-socialist values and policies while convinced neoliberal MPs remained in caucus can only result in the most vicious kind of public political blood-letting – with all the inevitable electoral damage that such disunity entails.

What, then, do people see when they look at the Labour Party in 2016? The answer, sadly, is a blur. In the absence of a clear repudiation of its Rogernomics past, Labour can only present itself as an indistinct, ill-defined political notion. This is especially true of Labour’s parliamentary caucus where – believe it or not – there may still be found remnants of the David Lange-led, but Roger Douglas-controlled, Labour Government of 1984-1990!

With these veteran politicians, and their younger allies, still in place, even David Cunliffe’s relatively mild attempt (when compared to Jeremy Corbyn or Bernie Sanders!) to dislodge the party from its neoliberal past provoked the most extraordinary backlash. Andrew Little, has striven mightily to avoid his predecessor’s fate, but only at the cost of ideological prevarication and policy confusion. Labour’s stance on the TPPA, for example, gyrates wildly between opposition and grudging support. Meanwhile, Phil Goff (the most senior remaining Rogernome in caucus) gets a free pass to vote against his own party.

Auckland’s voters have rewarded Goff’s undeviating ideological clarity by making him their runaway favourite for the Mayoralty. And why not? When it comes to leading a monstrous neoliberal artefact like the Auckland Supercity, it’s difficult to think of anybody better qualified for the job.

But, for those of us who not only want to get rid of the National Party-led Government, but also the dangerously unequal neoliberal system that it supports, Labour’s blurred outlines and indistinct values inspire only disappointment and mistrust.