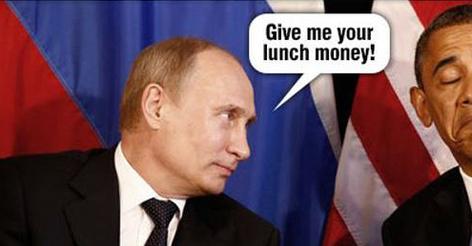 If anyone wanted conclusive proof that Syria has become the battleground between the two main imperialist blocs collaborating to smash the Syrian revolution all they have to do is look at the fate of Aleppo. A native of Aleppo recently wrote of his terrible decision to finally leave that city because of the Russian blitzkrieg:

A letter from under Russian bombs in Aleppo
“I didn’t ever expect this time would come, but I have to give up. I am leaving for a place I am not sure even exists.”

“Dear Rabi,
You ask about Aleppo, let me tell you about the city where we grew up together.
We haven’t seen a good day in years. The shelling never stops, even for an hour or two. Life has changed, all the places you remember are gone: forget them, it is too painful. The bombs dropped by the regime are indiscriminate, destroying everything in their path. Everything is changed, destroyed or deserted, without life.

Even in our dreams we no longer know what “safety” means. Every time you open your eyes you don’t know if it the last time you will see your kids. The people you used to know are not here anymore. People from the surrounding towns and villages have moved to the city in the past few years, hoping to find safety. Aleppo was always seen as a safe place. But many of them had to move on. People keep trying to find safer places, so they keep coming and going. We are happy to help, but it is hard and we get tired.
Aleppo is not fully besieged yet. But moving around our city has become very difficult. People are living day by day; their hope has died along with their city and, many times, their loved ones. The simplest things in life have become very hard. To buy food, bread or water for your family you have to wait in a long, long line–and then keep waiting. You spend all the time looking around, paying attention to every noise, as if you could hear whether you are the next one that will be hit by a strike. The remaining time, you think about your family: will they be still alive when you get home? Will your home still be there? In the end you may get what you came for. If you are lucky you get home safely, without being killed by a bomb from a plane.
It is not just fighting on the front lines, it’s not just the continuous bombing. There are snipers hidden in every corner on the way out of the city. We are constantly adapting our lives. Schools have had to move underground, and medical centers have to manage with limited supplies. We tried to build new democratic institutions: we elected new leaders. Everything has been a struggle.
We tried to go north to different neighborhoods, but bombs were falling there. We could see the planes flying above us, they sometimes display Syrian flags, sometimes Russian, sometimes we don’t even know. It feels like they are following us everywhere we go.
The surrounding communities of Anadan, Marah, Tal Refat, Hretan, Bynoon, Azaz are also suffering. These towns and villages started a peaceful revolution. They stood with Aleppo when Syrian government forces attacked civilians in the city. They took in people fleeing the bombs and the shelling. But what happened to them? They were bombed, every single day. People do not know who the planes are aiming for and whether they will be next to die. Tens of air strikes per day, for the last 120 days.
And now it is time to leave. I didn’t ever expect this time would come, but I have to give up. I am leaving for a place I am not sure even exists. Many friends of mine are already waiting along the Turkish border. It is an open, cold space, crowded with 70,000 people, where the temperature is freezing. But my heart will always remain here.
Aleppo stands in front of a big war machine armed only with small weapons. It is not just a geographical target. Aleppo is karama, it is dignity, it is the revolution against injustice. Goodbye Aleppo; my hometown, the place where I spent my childhood, where all my memories are. I hope to see you there again one day, my friend.
Your childhood companion,
S.
Editor’s note: This letter was sent to and translated by Rabi Bana, a human rights activist born in Aleppo in 1984, who left Syria in late 2012. He works in Beirut and Turkey for an international NGO that supports Syrian civil society. Born in Aleppo in 1980, S. has been involved in peaceful protest demanding freedom and democracy from the beginning of the uprising in 2011. He is a founder of the Aleppo Media Center and works in education for the city government.

This Russian blitzkrieg is worse than Guernica the Basque township destroyed by German Nazi bombers during the civil war. In Spain the Republic was attacked by Franco’s fascists with the support of the Western imperialist powers. Around the world the labor movement and the Stalinist Communist Parties rallied to the Republican side in the civil war and many travelled to Spain to form international brigades.

Today, in Syria most of the Western left deny that a civil war exists. They are by default on the side of the fascist regime. Trotsky said that Stalinism without workers property would be a kind of fascism. With the end of the Soviet Union Putin inherited Stalin’s mantle. So the crypto-Stalinists today claim there is no popular insurrection in Syria. They buy Assad’s lies that the US created militias to bring about ‘regime change’ and that most of those militias have been overrun by the IS itself a US proxy. There is no revolution and no side to support in Syria for these crypto-Stalinists except Russia as the only force capable of wiping out IS. Others prefer to back peace talks in the hope that the war can be stopped. But they will not talk to the Syrian people about their struggle for survival. The Syrian people may as well not exist.

There is a third alternative that has been deliberately suppressed by the Western ‘RT left’ and that is the reality of the popular uprising against Assad. Aleppo shows it is a lie to reduce this to a CIA project or to Saudi arms when both (and Turkey) have conspired to stop the arming of the opposition. That is why for all the talk of the US and its proxies, Saudi Arabia and Turkey, arming the rebels, none have provided the only weapons capable of decisively defeating Assad’s planes, Surface to Air Missiles (SAMS).

Aleppo (the largest commercial city) shows it is a lie to claim that Assad is the legitimate ruler with majority support. Until Russia began its bombing of the opposition militias 4 months ago, Assad was losing. Not to the IS but to the many local popular militias such as that which held Aleppo for years. How can anyone claim Assad has legitimacy after his gas attacks and barrel bombing of civilians? After half a million deaths and 4 million in exile? Why if Assad has legitimacy does he now need Russia to blast Aleppo into the European dark ages?

The socialist and anarchist left that buys this ruling class shit is no better than the imperialists who unleash genocide on the Syrians. Why? Because they have turned their backs on their duty to mobilise worker support for the Syrian (and any other) revolution despite and because of the apparently unwinnable prospect of defeating the class enemy on 4 fronts –

(1) The imperialist US and its NATO partners plus the Russia/China bloc who will kill millions for the last drop of oil.

(2) Assad and his mercenaries who will complete the genocide of the people and razing of the cities before they surrender to ‘terrorism’.

(3) The IS and other jihadis who are opportunists attempting to insert themselves into the vacuum caused by the unresolved civil war and who are useful as armed thugs against the revolution.

(4) The Western crypto Stalinist left which sits on the sidelines indulging in geopolitical handwashing tut tutting about how it is all so gruesome and uncivilised as the imperialist armies compete on bodycounts and oilwells.

Fortunately for the fate of humanity, when the people rise up they see clearly that when you count the dead children there isn’t a hell of a lot of difference between Russian bombs, Hezbollah and RT ‘socialist’ lies.

While the Syrian revolutionaries fight on the first three fronts, it’s up to us in the rest of the world to expose and defeat the crypto-Stalinist left that acts as a ‘fifth column’ in the workers movements, and organise a campaign for material aid to the revolutionary militias.

No more Guernicas! No more Aleppos!
Victory to the Arab Revolution!
For the workers of the world to live, capitalism must die!
Comrade Dave Brownz is a NZ socialist blogger asking hard questions of global capitalism.