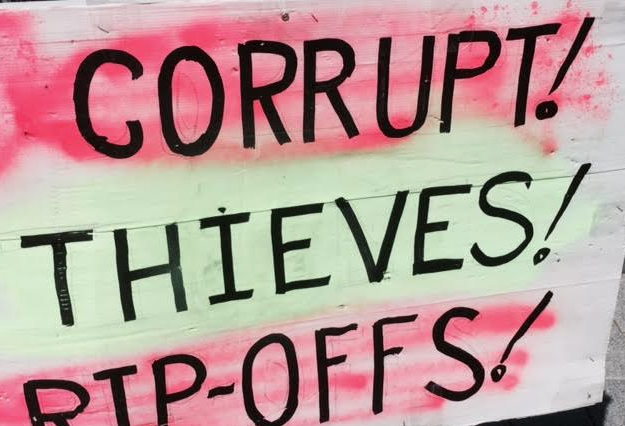 After five years there are still thousands of Christchurch people waiting for insurance companies and the Earthquake Commission to pay up so they can get their houses rebuilt or repaired. Many have died waiting.

This weekend I attended a protest rally where the anger and frustration of quake survivors was palpable.

I don’t pretend to know the fine details but the experiences of a huge percentage of people are of the government working closely with EQC and the insurance industry to screw over Christchurch earthquake victims and deny them justice in a timely manner.

There appears to be a deliberate strategy to stretch out payment of liabilities over a ten year period. This suits the big insurers who hold on to their money for longer and also suits the government’s Earthquake Commission for the same reason.

It’s a “capital strike” (a refusal of big business to pay out money) – as opposed to a strike by workers and it was clear most people see the local Press newspaper siding with the government and big business against earthquake victims. (Imagine the screaming headlines if city workers went on strike for even a few days, let alone five years)

The messages of anger and frustration are best summed up in the placards: 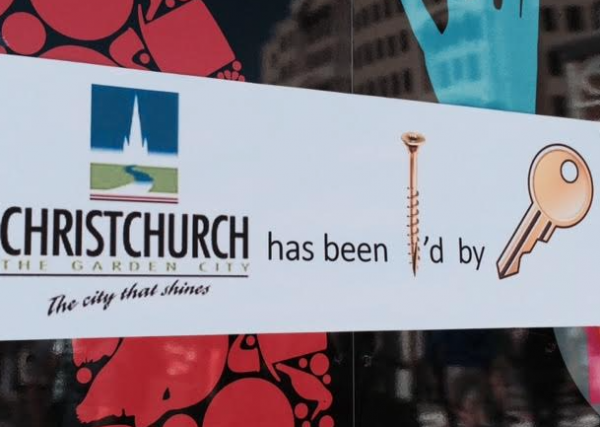 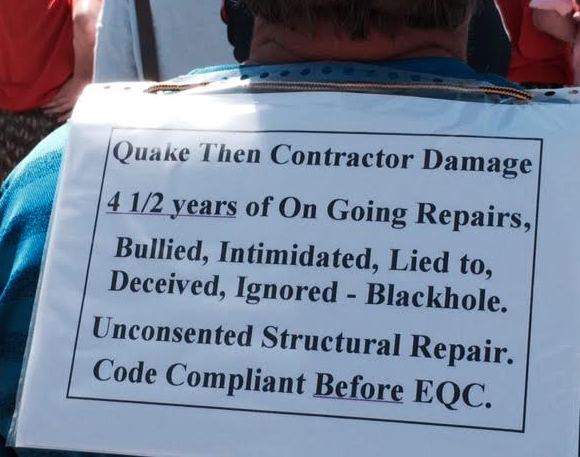 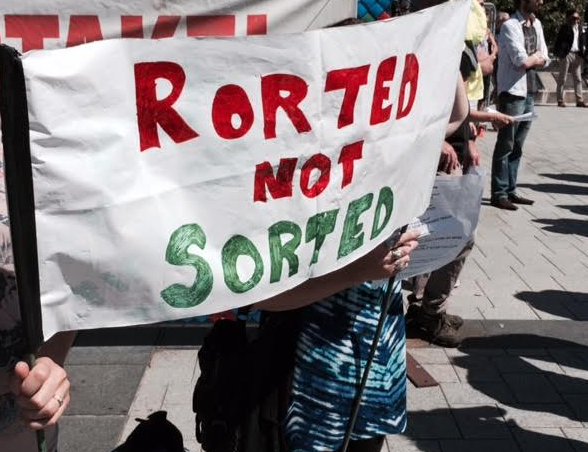 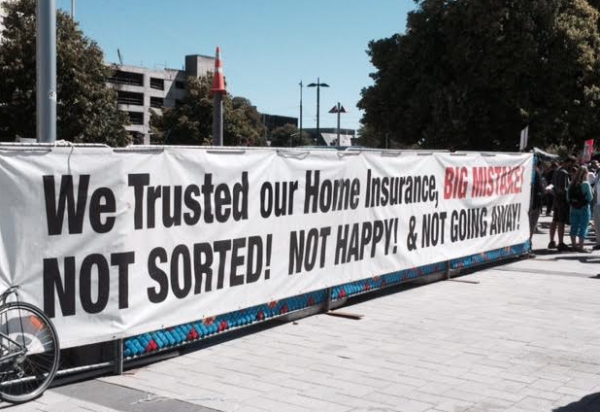 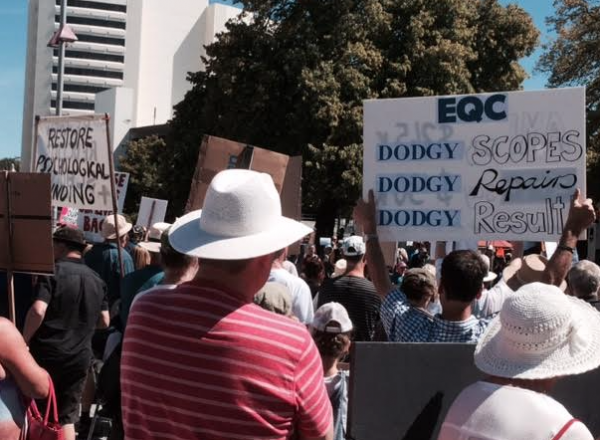 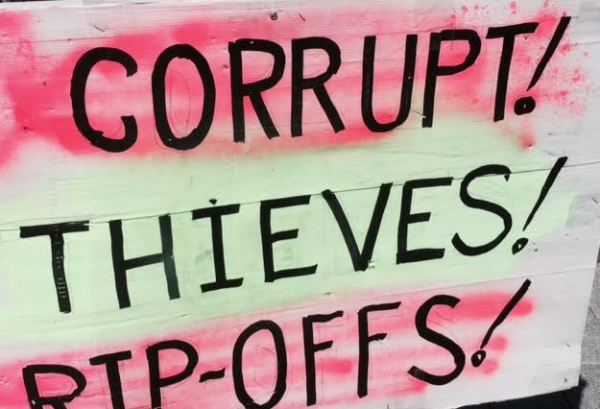 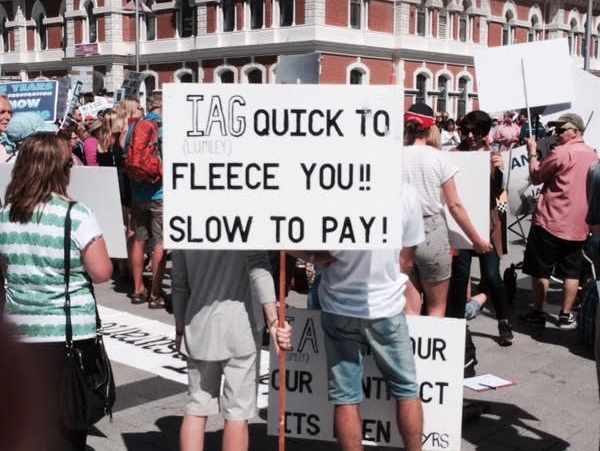 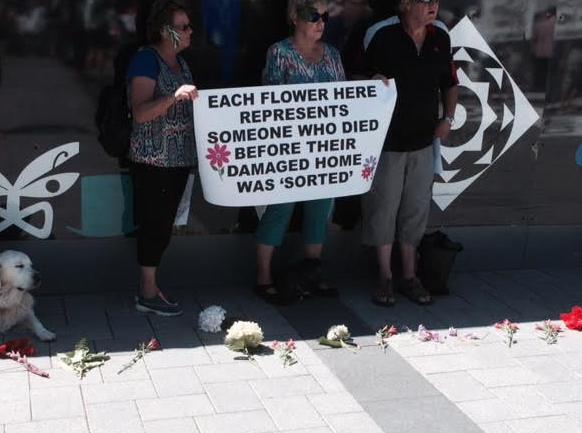 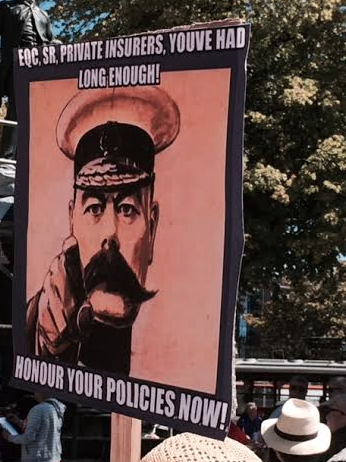