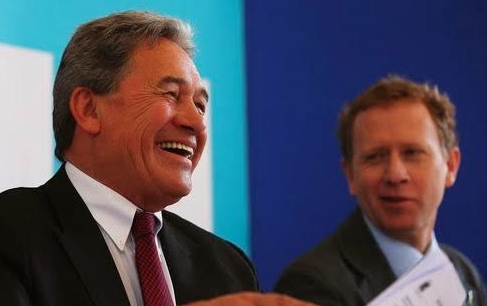 Over the weekend, the new Colmar-Brunton poll came out. It codified one truth, and revealed others:

Firstly, that New Zealand First is once again on the rise. This should not come as any serious surprise to politics-watchers, as the Party’s solid performance both in the House and elsewhere continues to be transmogrified into sterling poll-results.

But perhaps more interesting is the fact that New Zealand First’s bump in the polls appears to have come at the square expense of The Greens.

This serves to illustrate something that I have long maintained: however uncomfortable a truth it might represent for some members of both parties and their supporters.

That New Zealand First and The Green Party have considerably overlapping support-bases – both in terms of policy and philosophy, as well as the potential allegiances of their likely and actual voters.

The Green Party have long acknowledged this. In 2011, for instance, they made an appeal to NZF supporters for us to vote Green instead, on grounds that a vote for New Zealand First while we were out of Parliament represented a “wasted vote”.

And while their rhetorical conclusion might have been manifestly fallacious … the fundamental reasoning which underlay it – that a considerable number of NZ First supporters and Greens supporters have sufficiently interchangeable views and values to be occasionally induced to vote for one another’s parties – remains sound.

This is, obviously, borne out in Sunday’s Colmar Brunton. But it’s not like it’s an isolated blip. There’s been a number of other polls – both Roy Morgan and Colmar Brunton – which have served to demonstrate this trend.

Well, it suggests that the received wisdom amongst some in NZ First – and elsewhere – that our ‘natural’ constituency of support is ‘soft-right’ or ‘soft-National’, is in error. Our rises are not coming at National’s expense any more than Labour’s. Instead, the new people we are attracting more appear to be emanating in our direction from the Green Party and other progressive sources.

Given the strong role of ex-Labour ‘protest’ and ‘strategic’ voters in securing our re-entry into Parliament in 2011, this ought to come as no surprise.

It may not be especially ‘politically convenient’ for a number of people to countenance, but that’s who we apparently are. A Party of predominantly angry, anti-neoliberal and often curmudgeonly supporters who might indeed have had a Past amidst the Right’s orbit – but whose future appears to have far more to do with the left and centre.

It is no secret that changing the government in 2017 requires New Zealand First (and other parties) hewing into National’s support. But growing our support as a Party doesn’t mean we have to go right-wing to make this happen.