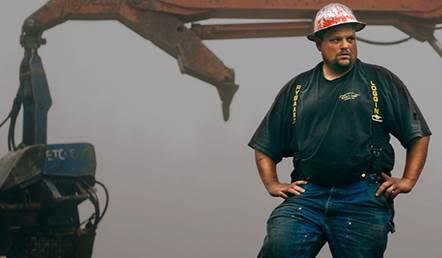 IF BERNIE SANDERS is to win the US Presidential Election he’ll have to win the support of two crucial demographics. The first group to win over are working-class Blacks. The second, and arguably the more important, are working-class Whites. Because, right now, the Sanders campaign is a paradox: it offers America a left-wing programme, but the voters who have , so far, responded most enthusiastically are not the Black, White and Latino working-class Americans who would benefit most from its content, but the young, well-educated children of America’s professional middle-class – and some of their parents.

As the primaries head South and South-West into South Carolina and Nevada the Sanders campaign must find a way to counter Hillary Clinton’s popularity among African-American voters and Latinos. If he does notfind some way of detaching a significant number of Black voters, in particular, from the Clinton juggernaut in South Carolina, he risks getting what Barack Obama calls a “shellacking”. Being beaten by 40-50 percentage points in the Palmetto State would damage the Sander’s campaign very seriously. A narrow loss (10-15 points) on the other hand, would indicate that he just might come out the other side of “Super Tuesday” with enough delegates to keep on fighting.

[The phrase “Super Tuesday” refers to the Tuesday in February or March of a presidential election year when the greatest number of states hold primary elections to select delegates to national conventions at which each party’s presidential candidates are officially nominated. More delegates can be won on Super Tuesday than on any other single day of the primary calendar; accordingly, candidates seeking the presidency traditionally must do well on this day to secure their party’s nomination. States participating in this year’s “Super Tuesday” (1 March 2016) are: Alabama, Alaska, Arkansas, Colorado, Georgia, Massachusetts, Oklahoma, Tennessee, Texas, Vermont, Virginia and Wyoming. – Wikipedia]

Sander’s position in Nevada is of less concern than his situation in South Carolina. The Nevada polls put him within striking distance of Clinton, which suggests that, whoever wins there, the margin will be relatively narrow. If it’s not, and Clinton racks up a big Nevada win, then the Sanders campaign will find itself holed below the waterline.

In Sander’s favour, however, is the endorsement he has received from the “Black Lives Matter” movement. This mostly young activist group has broken ranks with the ageing veterans of the 1950s and 60s civil rights leadership – nearly all of whom have come out strongly for Clinton. Black youth, who have grown up in the post-civil rights activism era, are drawn to Sander’s unequivocal condemnation of Police racism, and are as enthusiastic as White youth about his promises of free tertiary education and universal, publicly funded and provided health care.  If Sanders attracts the support of young Black working-class voters across the South (where most of the Super Tuesday primaries will be taking place) then Clinton campaign’s progress will be severely impeded.

But, even if he heads off Hillary to claim the Democratic Party’s nomination, Sanders cannot become President of the United States without re-claiming for the Democratic Party a significant chunk of the White working-class’s current support for the Republicans.

In the states of the old Confederacy, and especially among those with only a high-school education, the formerly rock-solid grip of the Democratic Party was broken as long ago as the late 1960s. The poor, ill-educated, deeply religious working-class White males of the Old South never forgave President Johnson (a Texan goddammit!) for passing the Civil Rights Act in 1965. It made them easy meat for the Alabama Governor, George Wallace, in 1968; Richard Nixon, in 1972; and Ronald Reagan in 1980.

By skilfully practising the dark art of “wedge politics” the Republicans have by-and-large held on to these angry and alienated “Good Ole Boys”. They comprise the core of evangelical Christianity in America; hold deeply conservative views on most social issues; love their guns, their families and their flag; and have precious little that’s good to say about Blacks, Latinos (illegal immigrants!) Muslims or “big government”.

Can Sanders – a socialist Jewish-American – win back these Good Ole Boys? That depends upon how forthright and uncompromising he is willing to be on sheeting home the blame for working-class America’s woes to where it properly belongs. Deep down these voters know that they’ve been suckered by the country-club set, and that, as Sanders declares over and over again, the game in America is rigged against the ordinary working stiff – no matter what colour or creed he may be.

Only if he is able to convince both the Black and the White working-class that a vote for the Democratic candidate is a vote to break through to the surface and take in a lungful of free American air, can Bernie Sanders hope to become the 45th President of the United States.