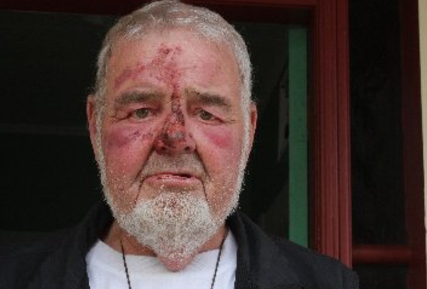 They are attacking environmentalists in NZ now…

Shannon man Corny Andrews said he heard something outside his home about 11.30pm Saturday and went out to investigate to see two men standing beside his van.

The former professional wrestler and former trade unionist said before he knew it he was being attacked from behind with a “king hit”. He believes there were four men involved.

“I asked them what they were doing and then I heard a noise to my left and the next thing another guy smacked me in the face. I never saw it coming. The force knocked me down the steps. I was seeing stars,” he said.

But the attacked didn’t stop there.

Mr Andrews said as he tried to get up the attackers started kicking him about the head and body.

… Andrews had just released video of contamination into the local river, and was given the bash for that.

At a time when the far right are organising in NZ, unemployment and lack of opportunity is slowing making parts of NZ society rot from the inside out and those daring to challenge these broken interests are getting beaten while the Police force turns a blind eye.

In Blenheim there is a group of locals who organise over the weekends to go into town and bash outsiders. The knuckle dragging nature of their toxic masculinity is a new rural fascism that is seeping into the every day.

But in the city this crypto-facism is at its most feral.

Matthew Blomfield was the bloke who had the courage to stand up to Cameron Slater after Slater had arranged a conspiracy with other Hell’s Pizza interests to destroy Blomfield. That opportunity arose after Blomfield’s computer was stolen and magically appeared in Cameron Slater’s possession. Slater started to spitefully leak personal emails online to destroy Blomfield, in a letter sent late last year to Amy Adams, the Privacy Commission and the Director of the Human Rights Commission, Blomfield lays out the past… 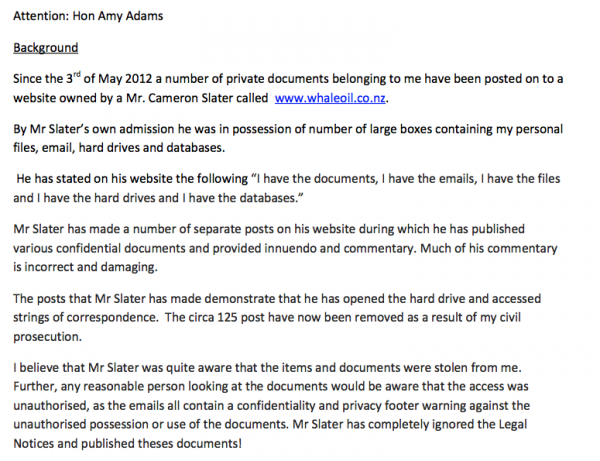 …this is all already known, but the next part of Blomfield’s agony at the hands of this vile smear is not so well known…

…why is the guy who had the courage to stand up to the bully not getting protection from the Police? Sources who have seen the case Police took against the man who shot at Blomfield 3 times in front of his family and threatened to kill him have said the Police investigation did not go beyond scooping up DNA from the crime scene. At no time did the NZ Police even investigate the ‘why’ this ‘random’ attack even took place.

Why is the case taking so long? 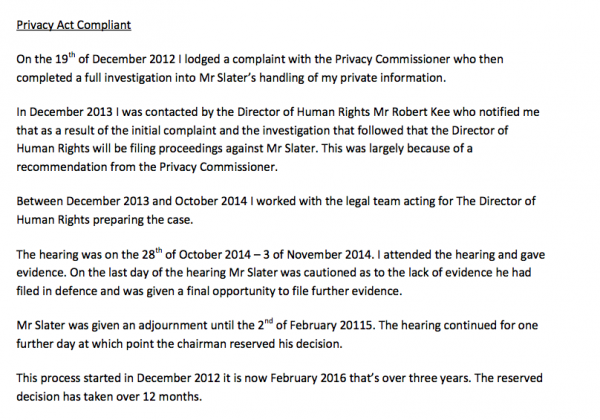 Again, why is this case taking so long?

It’s not Maori extremists, eco-terrorists, ‘Jihadi’ Brides or homegrown islamic lone wolf attacks we should be concerned about, it’s the far right and the seeming blind eye Police are turning to their violence and threats that we should be bloody concerned about.