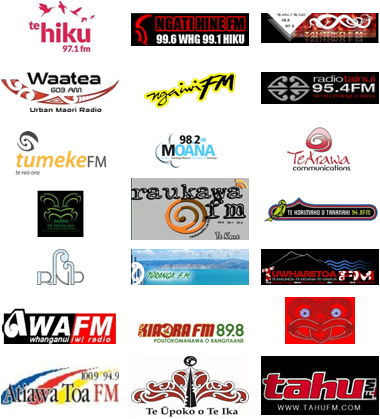 The Chairman of the Maori Radio Network Te Whakaruruhau, Willie Jackson, called for an inquiry into the embarrassing level of Maori content on Radio NZ on the TVNZ news show Te Karere today.

Radio Waatea, the National Maori language current affairs and news provider conducted a 12 week audit of National Radio which revealed that out of 1440 hours of content Monday to Friday, RNZ played a mere 99 minutes of Maori content (0.1%) between November 2015 and January 2016.

The audit came about after Jackson challenged the Head of Content for Radio NZ Carol Hirschfeld over the cancellation of their Maori dedicated news Manu Korihi in October of 2015. Ms Hirschfield said there would be even more Maori news after the cancellation of the news show, but the 12 week audit of daily news posted on their very own website reveals something that is substantially different to what she promised.

Willie Jackson says that Carol Hirschfeld’s response was to predictably rubbish the audit. She said Maori are also mentioned on their national, political and regional web pages.

He says “sadly, Carol has fallen into the trap that others have in the past, who think that just because Maori are mentioned that this constitutes a Maori story, a little bit like the time when it was said that when Maori were on Police Ten 7 that constituted a Maori story. Maori being mentioned as part of other stories cannot be used in RNZ’s calculations of Maori stories.”

“We looked at Maori-specific news over the 12 weeks and used the facts that they provided on their website Monday to Friday, but even if we were to include the stories that Carol’s talking about, the percentage would still be less than 2%.”

As the Chair of Maori radio Jackson is seeking a response.

Mainstream media continue to ignore this story. Carol Hirschfeld and the RNZ Chairman Richard Griffin need to front up and find a solution so that the Maori voice can be heard.