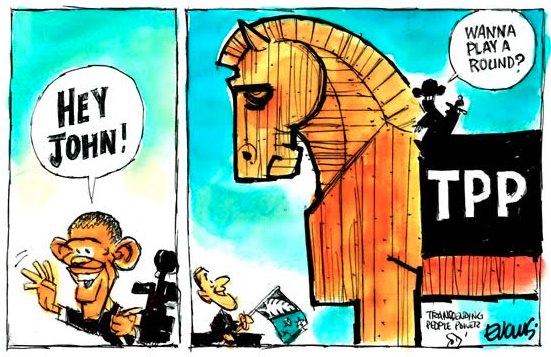 The split ran from his forehead, down his nose and through his upper lip. The black eyes were already evolving into a spectacular sunset of colours and I could only imagine how much the swelling must have diminished during the three days since the beating. He raised a bandaged hand in silent acknowledgement of my presence and winced as he thought better about attempting a smile.

My querulous look elicited a simple croaked “Internal issue.” His own club had done this to him for breaking the rules

The crimes he’d committed included being in possession of a gun at the pad when the cops had done a dawn raid. This, because of a provision in the Arms Act, was a serious crime in Gangland. Usually possession of something illegal requires the Police to prove ownership in Court. However, in the case of firearms, one only has to be an occupier of the property to be deemed the possessor. Having found a weapon, police only need to ask a person “Are you an occupant?” If the person answers “yes,” Police have enough evidence to proceed. A jail term is likely.

Given the proximity of the gun to his other belongings and his immediate confession, Police had not elected to charge the other members, but they all knew they’d dodged a bullet. He’d placed other members at real risk of jail and sanctions were inevitable.

It wasn’t too bad, he said, wincing as he shrugged. The President, bless him, had apparently saved him. Blinded by blood he ran from the raining blows. He knew he was near the end when he heard the Prez’s laugh. “The gate, the gate,” he yelled. “Nah not that way. Yes that way. Go! Go! Go you beaudy!! Hahahahaha.” Out through the massive opened gate and onto the street he lurched, collapsing over the bonnet of his waiting girlfriend’s car. She’d been rung and told to come and collect him. He would only be a few minutes, apparently.

Two broken arms and a split face seemed like a stiff sentence for simply possessing a tool of a gangster’s trade. Surely a lesser sentence could have been imposed? I asked “I knew the rules,” he  ruefully said through his cracked lips,  adding, proudly, “we hardest on our own.”

Those words have echoed through the years and the moral I’ve gleaned from them is that we like to deal with our own issues and resist justice imposed by outsiders. It seems a universal condition, present even in my children when they first saw the influx of new English police officers appearing on TV show Motorway Patrol, dishing out thousands of dollars’ of infringement notices to kids in old battered cars. “Why are they giving us tickets?” they asked resentfully. Further comments were made about whining and they were sent to bed to reflect on the dangers of national stereotyping.

This police propaganda show has changed its focus recently with now kind English cops allowing “compliance” – an opportunity for people to fix their car or licence status within a short time and avoid the imposition of infringement fee. It’s a good message, but greatly diminished by having the wrong messengers

The Police PR team are getting it right with the perennial Police 10-7 show. While the retirement of the often hilarious Ding Bell might be a hard act to follow, new presenter Rob Lemoto at least challenges the often-held notion that policing is about white people doing it to brown.

Getting back to Motorway Patrol, rather than having white colonials giving brown kids tickets for having bad cars or being unable to forge their way through the astonishingly convoluted and difficult licence process, other images would carry a far more powerful message in the thinly disguised propaganda.

Imagine how powerful the image would be if young brown cops were giving tickets to rich white kids in Remuera? It might go some way to address the overwhelming sentiment among many Maori that criminal justice is an “us and them” situation. No respect is engendered among the “villains” targeted by the programme. Rather a culture of resentment, evasion and disrespect is perpetuated. “They don’t even speak the language,” said one sniggering kid about the thick Northern accent of a cop giving out a ticket on the show.

People’s ownership of justice, despite a lot of evidence to the contrary, is not a new concept. The legitimacy of jury trials is bolstered by the fact that it’s people from the community who judge the facts rather than a usually white man sitting up in the rarefied atmosphere of the bench

Indeed appointments to the bench which reflect diversity (and not necessarily competence) are often evident in New Zealand. A Samoan judge appointed to sit in Manukau drew adverse comments about his legal abilities from local lawyers, but the punters loved him. He was a Matai and what he lacked in intellectual horsepower, he made up for with a presence revered by his community.

This reverence certainly wasn’t reflected when, famously, he came to the Far North and tossed a cheeky lawyer into the cells for contempt. Most of us though realised that there’s little future for a client, or her lawyer, if she rubs the judge up the wrong way. This isn’t to say the obsequious, weak handwringers in the profession do their clients many favours. With this judge, it was better to play the humble deference card, so evident in many defendants that appeared before him.

Indeed here in the North, the sole Maori judges trades very effectively on his strong connection with the community. Announcing one day that he was related to the defendant, he sought the lawyer’s view on whether his client had an issue with this. After a brief whispered conversation in the dock, it was clear the Defendant wanted him to proceed.

“You know I give whanau double?” he asked in a way which left it unsure whether he was joking, but giving the Defendant another chance to have the judge recuse himself. The Defendant stepped forward in the dock, wrung his hands and put his head down in silent acquiescence. A hush descended on what could not quite be called a rowdy court, but certainly one with more audience participation than most in the land.

After talking briefly about the meanness of his petty crime, the Defendant’s head hung lower and he visibly shrank in the dock. He sniffled. The Judge, satisfied with the effect, quickly concluded that he’d considered all relevant matters in the Sentencing Act, focussing particularly on the provision requiring him to aim for the least restrictive outcome.

He imposed a term of community work and “some supervision to help him get his….act together.” He lifted his head, thanked the judge and walked past an old man in the gallery with a stick. The old man flicked an eyebrow at him as he walked past. He lowered his head in shame and made a beeline for the door to go to the office to collect his paperwork.

Remorse and embarrassment are often expressed in courts around the land. Indeed there is a price on it. The Supreme Court rates genuine remorse as being worth up to an eight percent discount on the term of a sentence. Unsurprisingly, many Defendants advance remorse as a mitigating feature but for the most part it isn’t accepted by understandably cynical courts already awash in crocodiles’ tears.

But here the judge had elicited this genuine whakama and, as I’ve often said, shame is perhaps one of our most powerful motivators. It doesn’t always go like this, even in this court and with this judge, but it happens more rarely in the big city courts where there is a feeling of justice being something that is done to us by others rather than something we do to ourselves.

The connection is certainly more evident in provincial and country courts where resident judges cannot help but be part of the community, bumping into defendants and their families when they go to the supermarket or for a Big Mac. And the more this happens, the more the judge is seen by the community as being a part of it.

It’s that connection that makes these legitimate messages powerfully authentic.

Authenticity was the touchstone of my last blog where, proudly, I proclaimed that Labour had finally nailed its colours to the mast on the TPPA. This, I have no doubt, reflected the overall view of the rank and file of the party, not to mention most of my acquaintances.

Indeed when on the day of the protest on the Paul Henry when both he and Don Brash talked about the senior Labour MPs, including the leader, being in favour of the TPP, I said no, Labour is against it. It was great to be able to say this on National TV: finally Labour had an unequivocal position to be proud of.

Later that day, it emerged that Goff had a dispensation from opposing the TPP and Shearer wasn’t singing from the same songsheet as the rest of us either. And, worse, it turns out that this TPP is vile enough to oppose while in Opposition, but a comfortable-enough yoke to endure when Labour gets back into power.

The fractured opposition to the TPP from within Labour has caused a lot of grief within and laughter without. Little has missed an opportunity to present himself as the fearless leader who has no difficulty understanding right from wrong and sorting out dissent within the ranks.

Perhaps Phil Goff could have been politely told that it was time he toddled off to concentrate on his mayoral bid. Perhaps David Shearer could have been stripped of everything, including his shoe laces, and relegated to the back bench.

With the blood of two senior MPs on his hands, Little would have been seen as the powerful, authentic leader we need. One who says what he means, means what he says and is able to capture the hearts of not just his party, but also the huge number of kiwis who say our sovereignty isn’t for sale.

The end result is that Party members are left uninspired with the equivocation. Are we expected to look to the Front Bench for leadership on Party unity?

And while the TPP might seem to have little to do with judges walking down the street, remorseful clients snivelling in the dock, wounded gangsters or pommy cops, the link is there. It’s about authenticity. It’s about autonomy. It’s about being who we are and holding that dear. It’s about us doing it to ourselves rather than them doing it to us.