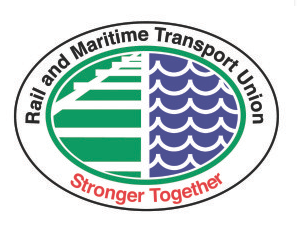 The Rail and Maritime Transport Union (RMTU) is concerned that KiwiRail is so strapped for cash that some lines are in a state of ‘managed decline’ at a time when the road transport lobby is demanding more and bigger trucks on our roads.

‘Today we heard that a number of lines like the Stillwater-Ngakawau, the Napier line and the Northland line are only being maintained to a standard that KiwiRail acknowledges will result in deterioration,’ said RMTU General Secretary Wayne Butson.

‘Discussions with KiwiRail and our union on a proposed change in the make-up of maintenance gangs led to management admitting this sorry state of affairs.’

‘It beggars belief that in a modern 21st century developed economy we have a  railway system that is funded in a manner that loads cost on the operator whilst the trucking industry does not pay the price for the environmental damage and congestion it causes.’

‘KiwiRail pays for the upkeep of the rail network whilst the trucking companies certainly do not pay their fair share of the cost of maintaining our road network or for the impact of the pollution and traffic congestion they are responsible for.’

‘To add insult to this injury, the National led Government is considering allowing more and bigger trucks on our roads as the recent release of the Ministry of Transport’s discussion document on this very question indicates,’.

‘A forward thinking government would be investing in rail for the 21st century and beyond rather than considering increasing the size and number of diesel belching dinosaurs like trucks,’ Butson said.