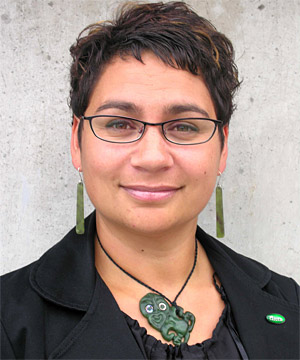 Metiria Turei has just finished up the Greens state of the nation address and it was  polished and safe.

She has had her hands media trained to death. Tries to establish the playing field by denying it is a playing field. Talks about the values Greens would take into any Government (emphasis on the any) and the big idea is some new wonk unit inside Treasury to get an independent wonk to cost out the wonks every Political Party makes.

Wonkery like that goes down a treat in blue-green territory.

The only time Met managed to project some genuine insight was when talking about her time out of Parliament and mingling with whanau to gauge their view of her continued presence in Politics. The answer was emphatic that she still has a role to play and she nailed in place her vision to take on 2017.

It will go down a treat with the middle class vote they’re chasing, nothing groundbreaking, nothing rousing, just a few clever professional additions to the upgrade currently on offer from National. It’s app politics for the politically neutral and disinterested.

Here’s the level of passion the Greens should have projected today.