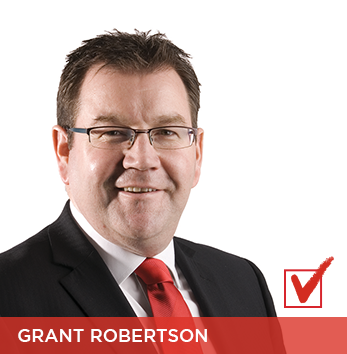 Currently, the World Economic Forum meeting is taking place in the Swiss alps.  This annual march to Davos brings together individuals across the public and private sectors where these privileged few get to discuss the issues that affect all of us.

According to The Guardian, last year’s delegate list of 3,000 participants was 83% male with 64% coming from North America and Europe, highlighting the demographics of the financial elite.  This lack of diversity in 2016 is beyond disappointing, but predictable.

This year’s Forum agenda has been focused around the so-called “Fourth Industrial Revolution”, being the disruptive nature of digital technology.  The founder of the World Economic Forum, Klaus Schwab, writes:

“The Fourth Industrial Revolution has the potential to empower individuals and communities, as it creates new opportunities for economic, social, and personal development. But it also could lead to the marginalization of some groups, exacerbate inequality, create new security risks, and undermine human relationships.”

Schwab speaks to the inherent tension that disruptive technology provides for humanity – it can both liberate and marginalise our communities.  More jobs will become automated creating more insecurity for more people, yet the technology itself will create more opportunities too.

This is true in terms of our working lives, but also are tangible daily existence: how we interact with each other, how we shop, how we eat…our lives will change markedly in the next 20 years.  Just thinking about these potential changes in technology is extremely exciting.

The risks, though, are already evident today.  The narrowing of privacy is all too clear as the State becomes empowered by the technology to control information.  This is happening right now, essentially without any public discussion about how much power we actually want governments to have.  The governments are simply taking it, as the technology allows it.

So, the discussion around the Fourth Industrial Revolution is no doubt a critical one, making it even more disappointing to see the lack of diversity at the Forum and its inaccessibility to most of the planet on whose behalf the Forum claims to meet.

Presumably, though, the coffee chats at Davos between the bankers and the politicians will be less about disruption, and more about recent concerns with the global economy.

The global economic news in 2016 is almost all negative.  China’s growth is slowing down with its slowest rate of expansion in 25 years.  Countries and businesses who placed faith in China’s growth must be wobbling at the knees.  The markets are taking a hit, with some even predicting that this could be a repeat of the bad old days in 2008 with the global financial crisis.

It has only been eight years since that ultimate example of the failure of unregulated markets.  Yet, and despite that colossal failure, the economic orthodoxy of neo-liberalism has become even more entrenched with trickle up economics leading to our own gilded age.  Oxfam has just announced that a mere 62 individuals hold as much wealth as the poorest half of the world’s population.  Sixty two individuals holding the same as 3.6 billion.

During that time, conservative parties in the Anglo world have succeeded in selling a vision of conservatives as being better at running the global economy.  The proof is not in the pudding as corporate losses are socialised while public profits are privatised, but the public relations strategy of these conservatives has succeeded over evidence based policy development.  One liners trump considered policy, and this is particularly so in New Zealand.

In part, this dominance of conservatism is also due to the failure of progressive parties across the Anglo world to develop genuine responses to the current economic orthodoxy.

In this country, Labour’s “Future of Work” commission lead by Grant Robertson appears to be an attempt to come up with genuine responses.  Through its lifespan it will seek to address some of the same issues being discussed at Davos around the impact of technology.

This is, after all, the ultimate question for so-called “left” or “progressive” political parties as we head further into the 21st Century.  With employment becoming more and more precarious in our casualised labour market, how can “work” be characterised in a way that empowers rather than oppresses?  The disruptive nature of technology provides both questions and answers in this discussion.

But, talk is affordable and the challenge will be for Labour to turn the Future of Work commission into a clear and accessible vision of an exciting New Zealand.  There needs to be a tangible result from the commission.  That economic and social vision, one of empowerment, inclusiveness and valuing diversity, can begin to challenge the current economic orthodoxy provided it is accessible to and understood by the public.

But, the process itself is a positive one.  These are the crucial discussions that we need to have, and it should not be left to the financial elite to have them.  The rest of us have a role too and the Future of Work commission seems to be an attempt to create that space.