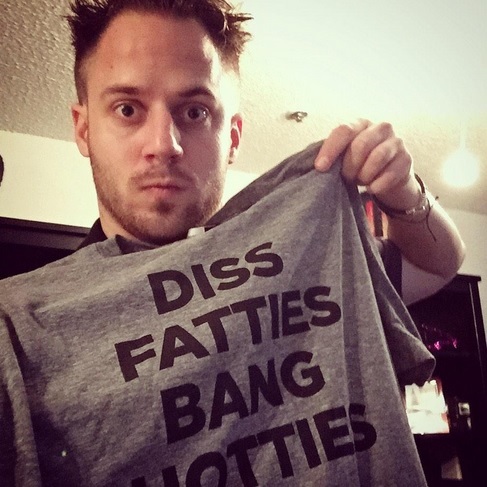 I do not support no platforming and I don’t support banning. I did not sign the Action Station petition to stop Real Social Dynamics from hosting their event here. In fact I desperately wanted them to come (they have since sadly cancelled their event here). I wanted to meet Julien Blanc and or Jeff Allen. I had so very much I want to say. I think we should have greeted with them open arms.

Of course by arms what I really mean is armed.

For those of you not familiar with Real Social Dynamics let me explain. It’s a group of women hating inadequate men who are making money by telling other men that if you treat women like shit, you will have a better chance of getting lucky.

They are truly abhorrent.

The problem with no platforming and banning is twofold. In the first instance due to technology, even if you take them off the physical stage they still speak online. Their rhetoric will continue and their followers remain hidden in anonymous handles. At least in the flesh they have to front up to the physical reality of people, women and men with questions, people that are standing between them and their audience and asking them to explain their hatred and misogyny.  The men who pay to attend these seminars are our men. We should greet them with open arms also.

The second problem I have with banning people from speaking is the issue of who gets to ban whom. Last year some students called for a petition to ban Germaine Greer from speaking at a university. In Turkey twenty seven academics have been rounded up and detained for signing a petition. Last year Family First effectively managed to have a book banned and pulled from the library shelves. I do not support any of these actions as I am all too aware of how lucky we are to live in a country where we have freedom of speech. I am also part of a generation that has fought hard for women’s health not to be cloaked in euphemism. We have fought hard for a va-jay-jay to be called a vagina and, love her or hate her; Germaine Greer was at the forefront of that activism. I’m on a personal mission to reclaim cunt. It featured heavily in the first draft of this blog but I’ve settled on fuckwits and dickheads. They are ultimately more appropriate.

If the seminar had gone ahead, you would have found me painting placards and helping to activate every women I know from a keyboard warrior to a direct action activist. The women of New Zealand are in a position where we can call out this behaviour and exercise our democratic right to protest. I would have also lobbied every female MP from across the political divide to protest alongside us. If they had declined I would want to know why. I would have expected the Minister for Women to be front and centre. If you are half as angry as I am you would have come with me when we take our objections to Real Social Dynamics and show our sons and daughters that we will not continue to accept this kind of shit. What a chance it would be for the men in our media to show their affinity and perhaps put aside their privilege by shutting up.

Imagine if Real Social Dynamics had come here, to New Zealand and we became the first country where the only media they attract are our female journalists. If we shut them off at the border they back down quietly with no fuss. Sure it is a result, but imagine the result if we confront them on our shores? If we slam the door in their face we avoid the chance to cut them off at the knees and in the process, discuss how intolerable their women hating is and that in this country it is unacceptable.

We should have ushered Real Social Dynamics in with a warm welcoming pussy riot.

For those new to protests you could carry signs and chant, you should participate at a level you feel comfortable. As for the women like me who are sick and tired of living in a country where casual everyday sexism proliferates in our media, where domestic abuse is common place and where so many women are treated like a cheap class of domestic labour, let us arm ourselves. Let us pelt them with used tampons, smear them with our menstrual blood and for the many mothers who despair that this is the way our sons still perceive our daughters, perhaps it is time to defrost some placenta.

No matter what we do, Real Social Dynamics already demean us and they hate us. We can’t make it worse but I would like a chance to ask why.