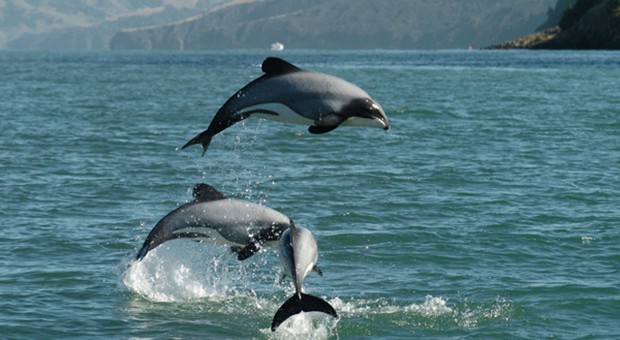 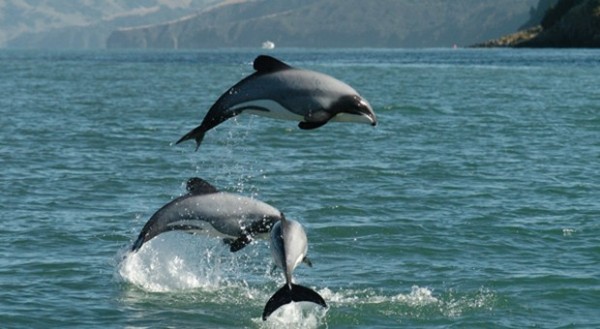 Summer is usually the time for fun visits and evening fish and chips at the beach. But dolphin advocates are reminding New Zealanders to keep an eye out for dolphins both at sea and ‘in their fish and chips’ this summer. Māui and Hector’s dolphin survival requires watching the sea and our fish consumption.

Māui and Hector’s dolphins are the world’s smallest and rarest marine dolphin, found only in New Zealand waters, and come in close to shore during summer. That means they can sometimes be seen from coastal hotspots around the country, but they are also at increased risk of entanglement in both recreational and trawling gillnets at this time. Gillnets are allowed in much of both Māui and Hector’s habitat, ensuring a downward trend in the dolphin population. Gillnets are the biggest known threat to the dolphins, accountable for up to 95% of human caused deaths. Scientists predict Māui could be extinct within 15 years unless this attrition is halted.

Maui and Hector’s dolphins are distinguished by their small size (about 1.8m max), black, grey and white colouring, and rounded dorsal fin. Anyone who spots one of the charismatic wee dolphins from shore or boat should report sightings to the Department of Conservation hotline 0800 DOCHOT. DOC maintain a sightings database which helps inform research and protection.

Verified sightings with as much information about location and time of sighting are essential for dolphin conservation. The public have the eyes on the ground, and can make a huge contribution to knowledge about the dolphins’ distribution. There are only about 55 Māui dolphins, but despite their low numbers, they are sometimes seen in the surf at busy West Coast Auckland beaches like Muriwai and Bethells-Te Henga. All sightings should be reported as soon as possible.

But the Māui and Hector’s Dolphin Defenders group also reminds buyers of fish and chips this summer, to buy carefully given the overlap between New Zealand’s inshore commercial fisheries, and recreational set netting in much of Māui and Hector’s habitat.

New Zealand’s own fishing practices are driving Māui and Hector’s dolphins to extinction. Kiwis shouldn’t buy into that, by not setting nets in the dolphin habitat, (especially where it is illegal), and avoiding trawl caught fish.

This call follows Māui and Hector’s Dolphin Defenders’ successful ‘ByCatch of the Day’ campaign launched in November highlighting the links between New Zealand’s commercial gillnet fishing and Māui and Hector’s dolphins decline. A petition launched at the time has attracted over 2000 signatures so far.

High profile set net entanglements of other species this summer have highlighted the risk of indiscriminate gill nets. All gill nets should be banned in Māui and Hector’s habitat given their precarious situation. In the meantime, consumers need to be aware of the unsustainable bycatch from New Zealand’s trawling practices, forging the path for these dolphins’ extinction.