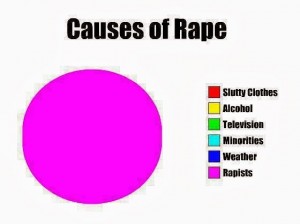 We need to have a sit down and consider how we’re discussing sex work.

I would like to talk about the widely shared article published in E-tangata by Pala Molisa called ‘White Ribbon, Too White And Too Polite’. In many ways this is a great article, but there is a particular view in here about sex workers – a particular mindset – that needs to be changed because of the kinds of social and physical risks it encourages. Risk encouragement is contrary to the intentions of all of us who strive together against (often) gender-based domestic violence. You can read the article here:

Very strongly, it is not OK to call sex work “commercialised rape”.

Please understand that rape is a very specific term that must not be appropriated and used in ways other than it is intended. It is not up to us to decide if someone else has been raped, nor look at them and state that they are making themselves available to be raped. Sex work is and should always be consensual. If it is not consensual, then it is rape. If it is consensual then it is simply lawful, adult sexual contact. If you portray sex work as “commercialised rape” that’s almost like saying sex workers are:

1) Complicit in their own rape,

2) Intentionally making themselves available to be raped, and

3) That others should look at them as people who have made themselves available to be raped.

Just take a minute with that and think about how dangerous it is to spread that idea around. In the words of a friend: “this muddies consent in a way that those who might seek to abuse it want it muddied.” It is objectifying to see sex workers as vessels of rape and there is nothing worse for workers than to be seen as objects rather than people who have the right to be in control of their own bodies and the right to be listened to.

Sex work is voluntary, just like sex is voluntary. Having sex and then taking money for it is no more a form of exploitation than other forms of work in a capitalist economy that inherently requires such exploitation.

Furthermore looking down on sex workers is something that causes their social isolation, stops them from being able to talk about safety issues and discourages them from seeking help if they do need it. Sex workers are not safe to discuss their work and that is due to social perceptions of them as often being low-class, low value, and it is our job to change that. Also don’t eliminate the impact of class, privilege and race from this conversation.

If someone says they have been raped that is their body, their words. Imagine how devastating it would be if someone told you you were letting yourself get raped. That is the essence of the victim-blaming mentality we want shut down.

In less detail I also want to pay a little tribute to the idea of gender essentialism and how we consider the male as the natural aggressor and the female as the fragile feminine flower and how these stereotypes also play into notions about domestic violence and that violence is often seen as inherently tied to what is ‘natural’ to gender. Not only do we need to bust the binary but we also need to stop telling guys it’s in their nature to enact violence upon others.

I understand why this article is being shared and the value of it in calling on the whiteness and politeness of white ribbon. I see where he is coming from, but we don’t sell out sex workers and use them as ‘ideas’ to make a point. Sex workers are people – not ideas, or concepts to play with – they are not the embodiment of immorality and their work should not be used in this way. It is not right to turn them into a target to gain the ‘likes’ of a conservative majority.