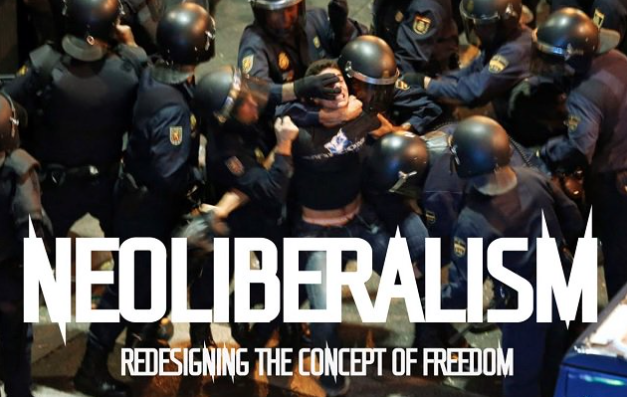 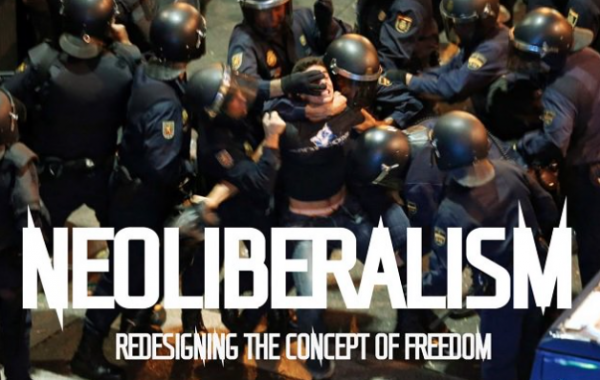 Either it’s the result of poor choices and personal deficiencies on the part of the individual (the right-wing view – and I note that “the individual” in question is rarely if ever thought to be the Minister of Social Development) … or it’s the result of huge and impersonal systemic failures which leave the fate of those individuals precariously unaffected by any decisions nor virtues of their own.

The real answer’s probably somewhere in the middle. Yes – hard work, energy and effort can help to lift a citizen or their family out of poverty. But it’s incredibly, insanely hard to do when the cards are so heavily stacked against upward mobility. We are, after all, living with a system which gives us average house-rents of over five hundred dollars a week, yet which has also caused real wages to decline by around twenty five percent since the onset of neoliberalism.

Regrettably, there are few signs that this sorry state of affairs might change at any point in the not-too-distant future. Our political system has, for three Elections running now, continued to give us National, National and more National – a party which possesses no great nor abiding interest in making fundamental alterations to our economic fate.

Instead of winning us over with serious and enduring policy solutions, then – and, y’know, actually *leading* – the National party has become amazingly adroit at coming up with cockamamie buck-passing excuses for the failures and short-comings of their governance.

When pressed about their dismal economic performance for their first two terms in office, for instance, they’d respond that our economic circumstances simply weren’t their fault. National had inherited a perilous economic situation from Labour, or so the story went, and that was held up as the sort of self-evident political truth which explained everything. (Funnily enough, it’s even sort-of true … except the woeful economic orientations National inherited from Labour come down to us from the Fourth Labour Government in 1984 rather than the Fifth Labour Government in power from 1999-2008)

Equally, when Minister of Social Development Anne Tolley was asked to explain the dismal phenomenon of substantial and long-term endemic unemployment within her own electorate, she didn’t give a serious response.

Instead, she ascribed the situation to the downright curious idea that “it can be a pretty good lifestyle [on the dole]”, thus rendering it a “pretty tall ask sometimes to convince people” to go into paid employment instead.

That’s an excuse, not an answer – and one which is custom-crafted in order to resonate with National’s core support base … people who don’t particularly care to look beyond the easy explanations and subtle rhetorical rightness-feeling afforded by beneficiary-bashing in order to see how “broken” the system actually is for themselves.

Yet it was another part of Tolley’s statement which popped instantly to mind when news of John Key’s clanger that poverty – and especially child poverty – in this country could be largely explained by drug addiction. She’d effectively claimed that what made a benefit livable for some of her constituents was “a cash crop and good kaimoana”. Or, in other words, whatever foraging they were able to pull off, and some drug-dealing to make ends meet.

I must say, it’s rather extraordinary for the welfare minister of what’s very theoretically a modern, first-world country and enlightened social democracy to outright state that families on the benefit apparently need to engage in illegal conduct in order to survive with a viable standard of living … but that’s our government for you.

In any case, Tolley’s remarks inadvertently help to shine a light on one of the most important contributing factors to poverty in New Zealand: whether working poor or people on a benefit, we simply aren’t paying enough to actually allow many of our citizens to enjoy a decent standard of living.

Experts agree, and when National announced its “hardship reduction package” as part of the 2015 Budget, academics from Victoria and Otago Universities were quick to note that families on a benefit would require between $100 and $200 a week extra in order to be above the poverty line – not the $25 a week National had promised some families.

As NZ First Social Development spokesperson Darroch Ball pointed out at the time … the Government would have to be delusional to believe that a mere two dollars a day would have a serious tangible impact when it comes to tackling – much less ending – child poverty here in New Zealand.

All of this together means that even if there were any truth to Key’s assertion that drugs represent a barrier to people getting off a benefit and into (presumably entry-level) paid employment … they’d hardly be likely to find themselves escaping poverty in so doing.

Our labour market just simply doesn’t work like that any more.

More to the point, on the face of all available evidence it would appear the Prime Minister is simply making up misinformation in order to ‘justify’ his Government’s woeful lack of action on this pressing social issue.

At the start of last year, then-Minister for Social Development Paula Bennett trumpeted figures showing only twenty two beneficiaries had either failed drug tests or refused to take them upon being referred to jobs.

By the end of the year, this had risen to a grand total of 134. To put that figure in context, that’s a hundred and thirty four failures out of a pool of nearly three hundred thousand beneficiaries nationwide.

So for these 134 people, yes I suppose it’s fair to say that their drug use may have presented a bit of a barrier between them and their more full participation in the workforce. This is true, but there are literal orders of magnitude worth of difference between that number and the more than three hundred thousand Kiwi kids who are presently living in poverty. (Oh, and while we’re on the subject, the New Zealand Drug Foundation have also argued that National’s more punitive approach towards drug-using beneficiaries may actually *worsen* rather than ameliorate poverty while not actually meaningfully reducing beneficiaries’ barriers to work)

Well, like I said. The Key-led National government doesn’t have any serious solutions for poverty or income inequality in New Zealand. They’re not really that interested in that sort of thing.

Instead, when questions like this come up … they present us with excuses for why things haven’t improved, rather than ways we can work together to improve them.

National also possesses a highly regrettable penchant for scapegoating, wedge-politics, and trying to blame the economic victims of neoliberalism for their own misfortune.

It all makes for good politics. Their base doesn’t care if the Government lies where convenient – particularly where the deliberate falsehoods “sound right”.

And it doesn’t matter if there’s a wealth of evidence including the Public Health Agency coming out to openly contradict the Prime Minister’s breathless claims. Beneficiaries on drugs sounds like something that happens. People who don’t want to confront the reality that the government they voted for lacks ideas and is instead inarguably making the situation worse … are quite happy to believe in stereotypes instead.

But as the lies get ever more desperate, and the gulf between rhetoric and reality becomes steadily more insurmountable by the year … I have every hope that more and more people will start waking up to the fact that whenever the Prime Minister comes up with an outrageous falsehood like this, it’s actually because he’s desperately trying to cover for the failings of his own social and economic system.

Because let’s be clear about this: the only time poor choices by ordinary New Zealanders creates systemic poverty … is when a large proportion of us vote for National.