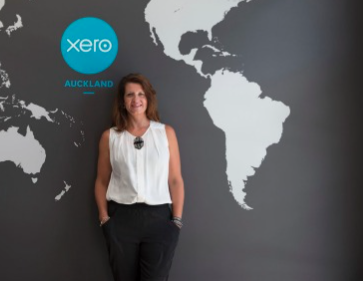 The Managing Director of the company that chose to advertise on far right hate speech site, Whaleoil, has announced her bid to run for Mayor and inevitable privatisation of Auckland assets…

In an announcement at technology tutoring school The MindLab on Monday afternoon, Crone said she had resigned as MD of Xero’s New Zealand operation to concentrate on her mayoral aspirations.

…thankfully look who is backing the candidate…

The entrepreneurial community turned out to back Crone at the launch, including Xero founder Rod Drury, MindLab founder Frances Valintine, and Figure NZ founder Lillian Grace.

…that smells Red Peak more than a Wellington Twitteratti twitter feed, so this will have all the range of Khandallah. It will be blue green and as rarified as Cycling Hipsters.

Crone argues that Auckland needs someone who isn’t a politician and that because she is not, that is a plus.

Wellington is who you need to strong arm and that requires political muscle. Goff can do that, Crone wouldn’t know where to begin. It is Wellington who refuses to come to the party in terms of infrastructure investment, reframing this in the manner Crone has suggests the candidate either isn’t aware of this or is being disingenuous.

The reality is that if Crone won, it would take 3 years just to learn how to do the job.

I wonder about her leadership style which she self describes as “fresh, inspired and fit for the future” was in play when the company she was the Managing Director of chose to advertise on far right hate speech blog, Whaleoil?

Here is what the company had to say…

Xero boss withdraws advertising from Whaleoil
Rodney Hide has confirmed he was probably behind a series of Whaleoil posts attacking Xero that led Rod Drury to suspend advertising on the controversial blog.

In response to the latest in a series of Whaleoil posts critical of Xero, Drury said had cut advertising spending on the site over what he claimed was a campaign being steered by Hide.

“I’ve been a long time reader of Whaleoil and we even used to advertise here as we like to support the sunlight of good challenging discussions. (I turned that off yesterday after your misguided Hide campaign and it now appears to be open season on us.)”

…so let’s get this straight.

Xero chose to advertise on a far right hate blog but stopped when he went predictably feral on them? So it was okay to support that kind of political sadism, but when directed at your company that’s when you cut financially supporting him?

How is that in any way shape or form “Leadership”?

I’m not sure how allowing the company that you are basing your political appeal on to advertise on a spite blog is “fresh, inspired and fit for the future”. Sadism like Slater shouldn’t be rewarded, it should be shunned.

Finally. Auckland City is a City, it is not a business. I do not want my City run as a business because the people who win that game are the wealthy, not the people.

The 1% have enough, let’s not give them more Auckland.