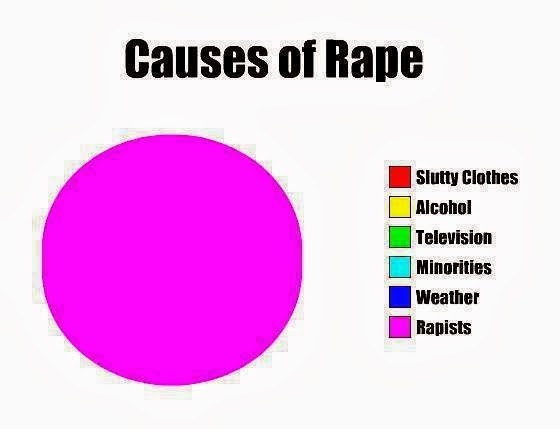 Today came the terribly sad results of the inquiry into the Child, Youth and Family handling of the Roastbusters incident.

The failure of CYF could suggest what we already know, that officials such as police and those in positions of authority quite casually buy into the widely discredited myth that false rape claims are “common”. I suggest this is likely with police. They often automatically view claims with suspicion and are quite comfortable disregarding the validity of claims. They have a real desire to protect guys.

Many of the international studies carried out on false rape reporting in the past have relied upon figures thrown together with scrappy methodology by police. Samples sizes are usually low, and some have estimated the level of false rape claims at about 10% some booming to an astronomical 20%. But when these figures have been subjected to scrutiny and review by experts, the number almost invariably drops to a low 2-3%, let’s not forget these are reported rapes only, and rape reporting is usually incredibly low. Reviewers attribute the overblown figures to high levels of unjustifiable police skepticism. That means the police/official environment is hostile and antagonistic toward rape reporting and has a culture of disbelief.

It would seem that CYF is in the same position. Though it could also be that this is a situation where CYF did not feel that their role was adequately defined or see obvious ‘talking-based’ pathways of communication with other official agencies, the school and parents. That they did not feel enabled to create and support community safety, beyond the use of legal means. Jacinta Ardern has said that this is a funding issue, and that quite simply the good people working at CYF do not feel that they have the resources or support to adequately make safe the lives of children. If that is the case something has to be done.

But I feel skeptical and worried by that claim. I have no doubt they need more funding. Everyone does. National have stripped down all of the essential services to operate like skeleton crews while they fuck about with flags and sheep and unending levels of bullshit. But I would have imagined that such people-based ‘communication strategies’ would be one of the primary functions of CYF. I mean it’s 2015. Either way, these are people in positions of authority and this once again demonstrates the way in which intentionally or unintentionally our culture serves to protect the (often males) from being accused of rape over protecting kids from being raped.

We have to ask how is it possible that these girls were failed by almost every single group responsible for their safety. How can this actually be? Failed by the police, failed by the justice system, and failed by Child, Youth and Family. Who else is there? And these agencies didn’t just fail the girls, they also failed their parents. As parents we do everything we possibly can to keep our children safe. Who are we supposed to talk to if no official group will ever take rape reporting seriously?  If this continues it will be nothing other than vigilante justice that people have left to protect themselves and if the day comes that someone takes matters into their own hands then I lay blame for that squarely at the feet of all of these service groups who have done nothing to fix this situation.

This is truly one of the worst things I have seen exposed in New Zealand, but sadly and I say this with a lot of anger and regret, the 111,000 people who signed our petition will NOT be surprised. That petition was how we communicated with one voice. We’re SICK of being failed and the inaction of the government.

WE NEED PROPERLY FUNDED SPECIALIST SEXUAL VIOLENCE SERVICES in every area who are strongly resourced enough to be more than rape crisis hotlines. We deserve well resourced community groups (with a special focus funding minority groups who are particularly at risk) who have the money to work on the kind of rape-prevention literacy that is not only missing from the world of teenage guys in schools, but is also clearly missing with police, with CYF, within the justice system.

I’m talking about restorative justice systems that require some god-damned basic human communication with all of the people involved.

THEY ARE LETTING US DOWN.
We need to break down those ugly Whale Oil values that say rape-accusations are almost as bad as rape itself. We need to stop letting patriarchal values of ‘protecting our boys at all costs’ from dominating and controlling rape narratives, because these values have effectively crushed all opposition to rape and the functions of service providers who are supposed to protect our safety. We need to rewrite the script and to be supported by government to do so, because these are our kids, our families and this is our safety. They haven’t been able to do it so I say let community and advocacy groups show them how it’s done. It’s up to us to decide the kind of country we want to have and I say that’s a rape-free country, not a country where rape is just let slide or where rape is virtually legal through the inaction of everyone.

KEEPING PEOPLE SAFE IS SUPPOSED TO BE A KEY FUNCTION OF GOVERNMENT.