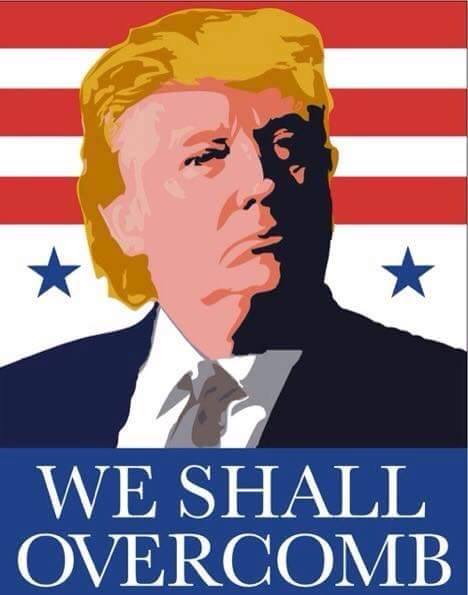 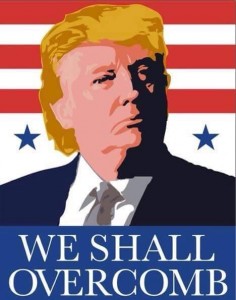 Sensing a looming personal PR catastrophe, Prime Minister John Key attempted to resuscitate his own fame fantasies by flagging a dead All Black. In a testy interview (with Paul Henry!), Key claimed the Irish Examiner’s use of a fern on its front page to remember Jonah Lomu shows it is the best symbol for New Zealand: “Here’s the silver fern front page with one frond coming off like a tear with Jonah Lomu and his years. Amazingly powerful. That’s New Zealand. Where was our flag? No where. Around the world, everywhere you go, people know the silver fern.”

In his desperation, the PM missed two points. When the rest of us saw the silver fern front page with one frond coming off like a tear, the immediate, poignant and poetic inference was that the world was mourning the passing of a great All Black. Everyone on the planet, except Key, connected the symbol with the All Blacks. Indeed, in this sad context, the “amazingly powerful” use of the fern showed it was the best symbol…. for the All Blacks. No one but Key made the torturous, tasteless, self-serving leap in logic that proved it was the best symbol for New Zealand. In their grief at the loss of a legend, so young, no one, no one but Key, was even vaguely contemplating the least important issue confronting New Zealand right now: his ill-conceived, ill-fated, inorganic vanity project to change the flag. It was the latest and lowest attempt by the PM to purloin All Black icons and iconography for political purpose. In his cloud of narcissism, he missed the point proved by the Irish Examiner cover and clear to the world: the silver fern is an “amazingly powerful” symbol. For the All Blacks. Period.

The second point missed by the Prime Minister relates to the most important issue facing New Zealand. “Where was our flag? No where.” he trumpeted to Paul Henry. As is (most) often the case with Key, the statement is not true. Where was our flag? As it transpired, it was ‘not nowhere’. It was far from nowhere. It was somewhere. Somewhere very specific. Somewhere very sobering. John Key should have remembered where it was because, earlier this year, unmandated by the parliament or the people, he planted it there: next to fifty nine other flags representing the coalition of countries at war with ISIS.

“New Zealand is a country that stands up for its values.” he told Parliament. “We stand up for what’s right. We have an obligation to support stability and the rule of law internationally. We do not shy away from taking our share of the burden when the international rules-based system is threatened. We have carved out our own independent foreign policy over decades and we take pride in it. New Zealand did not shy away from its responsibilities when the rule of law was under threat.”

After the tragedy unfolded in Paris, you would think that the man who chided Andrew Little to “Get some guts!” would remember “where our flag was”. Around the world, everywhere you go, people may know the silver fern. But what became clear this week, to everyone but the PM it would seem, in a violent, vengeful part of the world, we are identified by our current flag.

At this most fragile time in world affairs, with Russia and Turkey standing eyeball to eyeball, with so much at stake and events poised to spiral out of control, our flag once more signifies our commitment to war, the most important issue that faces New Zealand.

For there can be no doubt that these are very dangerous times. As dangerous as the barbarity meted out that night in Paris is the world’s reaction to it. As mentioned, relations between Turkey and Russia are chilling, already an unintended consequence of two country’s resolve not to “shy away” from taking a “share of the burden”. Perhaps even more chilling are the words coming out of another country “that stands up for its values.” Next year, the United States will elect a new President. In his quest for the job, billionaire property developer and reality vision host Donald Trump has, like our own PM, wasted no time exploiting war for political advantage.

As Molly Ball reports in The Atlantic “Four months into his crazed foray into presidential politics, Trump is still winning this thing. And what could once be dismissed as a larkish piece of political performance art has seemingly turned into something darker. Pundits, even conservative ones, say that Trump resembles a fascist. The recent terrorist attacks in Paris, which some hoped would expose Trump’s shallowness, have instead strengthened him by intensifying people’s anger and fear. Trump has falsely claimed that thousands of Muslims cheered the 9/11 attacks from rooftops in New Jersey; he has declined to rule out a national database of Muslims. The other day, a reporter asked Trump if the things he was proposing weren’t just like what the Nazis did to the Jews. Trump replied, “You tell me.”

In the Business Insider, Pamela Engel quotes Trump: “ISIS is making a tremendous amount of money because they have certain oil camps, certain areas of oil that they took away. They have some in Syria, some in Iraq. I would bomb the shit out of ’em. I would just bomb those suckers. That’s right. I’d blow up the pipes. … I’d blow up every single inch. There would be nothing left. And you know what, you’ll get Exxon to come in there and in two months, you ever see these guys, how good they are, the great oil companies? They’ll rebuild that sucker, brand new — it’ll be beautiful.”

Trump’s campaign slogan is “Make America great again.” Abraham Lincoln made America great. So did Franklin Roosevelt. John and Robert Kennedy and Martin Luther King made America great. Unlike these great Americans, who died in service of their country, Donald Trump is making America hate again. At this time in history, to falsely claim that thousands of Muslims cheered the 9/11 attacks from rooftops in New Jersey is racist, fascist and wrong.

In 2003, an ugly American invaded Iraq. Twelve years later, another ugly American vows to “bomb the shit out ‘em”. More than any other Prime Minister, John Key has aligned New Zealand with the United States. If Trump becomes President, and he might, what shall we do? What shall we do? Get some guts?

I would like to finish on a sunnier note. If Donald Trump is the ugly American, Justin Trudeau is the beautiful Canadian. Calm and compassionate, he offers light not heat and serves as a (male) model to us all. “Resettling refugees is a proud and important part of Canada’s humanitarian tradition. It reflects our commitment to Canadians and it demonstrates to the world that we have a shared responsibility to help people who are displaced and fleeing persecution. Protecting the safety, security, and health of Canadians and refugees is a key factor in guiding the Government of Canada’s plan to resettle 25,000 Syrian refugees as quickly as possible – while also taking the time to do it right.”

As politicians around the world rushed to prove their machismo by fanning the flames of war and slamming the doors on Syrian refugees, Trudeau offered them, the people of Canada and the world, a ray of hope. God knows, we need it.