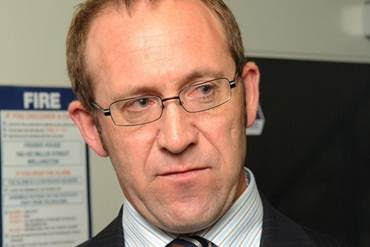 CLEARLY I ERRED in likening Andrew Little to Napoleon Bonaparte. Whatever else people may say of Napoleon, no one can fairly accuse him of dissipating his forces on the field of battle.

Consigning David Cunliffe to the rear of the battlefield, and replacing Nanaia Mahuta with Kelvin Davis do not strike me as the decisions of a wise general. (Although they may be those of a panicky one.) While advancing his Right, a wise general would have taken care to keep his Left strong – just in case his confidence in all these newly promoted commanders proves to be misplaced.

As a number of right-wing commentators have already pointed out, the treatment of Cunliffe is as wasteful of the man’s talent as it is self-indulgently vindictive. They contrast Little’s demotion of Cunliffe with National’s treatment of Bill English. In spite of leading his party to the worst defeat in its history, English’s colleagues did not consider it appropriate to signal his imminent political demise. On the contrary, his talent was retained and directed, very successfully, against the political enemy.

But that’s Labour’s problem, isn’t it? For far too many Labour politicians, the political enemy is seated on their own side of the parliamentary aisle. The Government benches contain only their opponents.

It is interesting to speculate about how Cunliffe’s supporters in the broader Labour Party will respond to Little’s brutal treatment of him. Some will recall the statespersonship of Helen Clark, who judiciously divided up the top jobs between her friends – and foes. The result – a “ministry of all the talents” – proved crucial to ending the serious factional strife that had long plagued Labour’s caucus. Others will recall with some bitterness the assurances given to them by the Labour hierarchy at the party’s recent conference.

The bitter divisions of the past had been healed, they said. Caucus and party were now working together, they said.

It is now very clear that the only “peace” secured at Palmerston North was a Carthaginian Peace. Satisfied that their rank-and-file opponents had no more fight left in them, Cunliffe’s enemies immediately prevailed upon Little to order the New Lynn MP’s political demotion.

Expressed in the most brutal terms, Little’s reshuffle pushes Grant Robertson’s people (especially Jacinda Ardern) “up”; casts Cunliffe’s people “down”; and raises the very serious question as to whether Little has any “people” at all.

Are we looking at a Labour Leader in command of his own caucus, or a Labour Leader dancing to the tune of its dominant faction? A faction characterised by petty spitefulness, and almost completely lacking in the magnanimity so crucial to building and bringing together an effective government.

The last time we had a puppet Leader of the Opposition was in the years immediately prior to the 1984 general election. The difference then, of course, was that the public never doubted that David Lange was going defeat Sir Robert Muldoon and bring an end to nine years of divisive National rule.

That Andrew Little is about to do the same to John Key is not a bet that many New Zealanders would take. And this reshuffle in no way improves the odds.