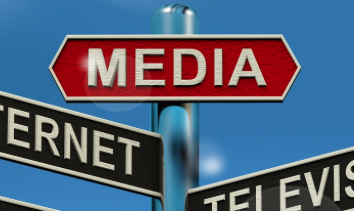 Every so often, the mainstream news media do their job well, and little nuggets of insights are revealed…

An interview on Radio NZ on 27 November with  Damascus-based Syrian historian, political analyst, and journalist, Sami Moubayed gives valuable information on the origins and rise of ISIS.

Rather unsurprisingly, the genesis of ISIS lay with the US invasion of Iraq in 2003;

This is the background story that is too complex for our nightly TV “News” broadcasts and only a dedicated current affairs broadcaster can allocate the necessary time to analyse the issue.

In fact, the TV News broadcasts, being constrained by micro-brief sound bites and superficial, five-minute formats achieve nothing except reinforce myths, confusion, fear, and the official government party line of “evil Islamic fanatics”.

Once upon a time, TVNZ and TV3 used to air documentary specials such as Bryan Bruce’s Inside Child Poverty (2011) or John Pilger’s The New Rulers of the World (early 2000s?). Now, we get a nightly diet of brutal crime “dramas”; inane US sitcoms; and “reality television” (The Block, X Factor, Highway Cops, Masterchef, The GC, et al) which actually are as far removed from our real world as is Disneyland.

The sugary diet we consume in the West is not confined to beverages and processed foods – it is in our nightly TV viewing. The “empty calories” of junk TV is as unhealthy for our minds, as soft drinks and many breakfast “cereals” is for our bodies.

Radio NZ: Under the Black Flag – What is daily life like under ISIS?

John Pilger: The New Rulers of the World

The Mendacities of Mr Key #11: Sorry, Prime Minister, what ‘mandate’ were you referring to?!