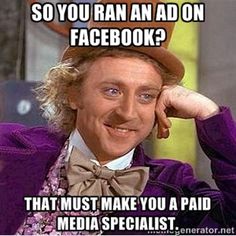 If you speak to some activists, they’ll tell you that it’s a time of change. From the Union office to the rally in the street, a new way of doing things is on the rise. The hard times for the left are coming to a close. There’s a new Sheriff in town. The “Social Media Campaigner” is here.

Or so the story goes.

Social media campaigning and ‘messaging’ are now central to discussions on the left. Analysis of the political situation, increasingly play second fiddle to ‘framing’ and media talking points. For example, at the recent Council of Trade Union’s conference the keynote speaker wasn’t a leader of a movement reflecting on a successful campaign. Rather, the key speaker was on on messaging by ‘international language and communications consultant’ Anat Shenker-Onsario. ‘Digital campaigning’ at the core of influential conferences includingCampaign Bootcamp and Step It Up.

Thinking of social media is not a problem in itself. It is self evident that unionists, environmentalists or anti-TPPA protestors should seek to be as effective as possible in communicating their ideas.

However, this focus and emphasis on media campaigning covers a deeper and more problematic political perspective.

Both these unions seek to use effective messaging in their campaigns, but this is only effective due to the strategic choices of these unions. Media campaigning is only significantafter identifying the shape of an organising campaign. In particular, these union’s social media cmpaigning is a part of its drive to organise and mobilise these workers.

Unite’s first campaign was #SuperSizeMyPay. Talking about the success of the media aspects of the campaign is important- it is impossible to understand this campaign without understanding the centrality of organisation and mobilisation of union members and supporters. The campaigns strength was built both before the media event, and was used to stimulate greater organising after. The media work was savy, but it came after the strategic political choice to organise in fast food. Focusing on media messaging misses this important point. It also sidesteps a discussion on why significant parts of the Union movement were convinced that organising young workers was not possible.

The same applies for the climate movement. Effective messaging is obviously important, but messaging to what ends? Is the solution to lobby politicians and fossil fuel companies? Or does the movement adopt a strategy of community mobilisation. The endpoint of one is a cup of tea and a chat in a corporate board room. The other might be a community blockade. The focus on media campaigning at best distracts from these vital discussions. At worst, it implicitly takes a side in these strategic debates and reinforces some of the problems that leftists need to overcome.

Movements of people, not Change corporations

Having media as the central focus of campaigning can be at odds with the emancipatory project of the left.

The basis of a radical left project is ‘the people’. In short- the world is not run by or for the billions of ordinary people who populate the planet. Instead, a small financial and political elite run the political and economic institutions that define our world. The solution is to reverse this situation and build new, more democratic institutions. This strategic analysis is built around one central assumption- the power and potential of working people to run their own society.

Focusing on ‘effective messaging’ reinforces this dynamic. A select few professionals drive a campaign. They are the ones with the have media training. They decide on the message, and find graphic designers make the content. For those outside the professional bubble, the scope for involvement in strategic decisions is non existent.

This has flow on to other aspects of political organisation. Fundraising money is channeled away from maintaining a meeting space, printing for mass distribution or upskilling a range of volunteers. Instead funds go towards providing wages for professional spin. Organisations adopt organisation models with a board of directors, or even a CEO, instead of an organising committee accountable to regular membership meetings.

Ironically this form of organising ends up mirroring the kind of institutions that we are organising against. It is a political perspective of creating change corporations, and like corporations, ordinary people are not participants. Instead they are reduced to political consumers of the change-corp’s political product.

Campaign Bootcamp was a good example of this politic. The camp was pitched to young people wanting to ‘make change’. It had a strong focus on ‘online campaigning tools’ and media messaging. For the record, it is admirable to set out to provide training for young people to be better political activists. However, the perspectives put forward at the camp were likely to reinforce an elite conception of progressive politics.

In the first instance- the suggested cost was $1200 per attendant. This was clarified that this would be for those who were paid to go by their employer. This may work for an up and comer in a wealthy church charity, but it is clear that a young person working in a service industry job was not going to be able to convince their employer to foot the bill. After being challenged on this, the organisers included an $800 fee for those working full time and $400 for students unemployed.

Further to the financial costs of attending, “ideal participants have a minimum of one year’s experience working on social or environmental issues”. If this wasn’t enough, there were to be interviews to vet potential participants.

Taken together this paints a fairly clear picture. For Campaign Bootcamp, change is a professional process. The ideal person is someone who is young, educated with a disposable income, who either works for an NGO, or wants to do so. Beneficiaries, highschool dropout fast food workers, or even people who have not yet been involved in activism need not apply.

The real problem is this gets away from our strengths. For Unionists and environmentalists- the corporations that we find ourselves organising against will always have more money and resources than our campaigns.  They will always be able to pay for the best PR, the best advertising and commission the most studies.

A strategy that aims to create an elite of trained media campaigners gives up our biggest strength- people. Our strategies need to focus on mobilisation and organisation of this base. Being effective in our messaging is important, but we need to encourage a more active involvement than simply asking people to ‘like’ and ‘share’ on Facebook.

Building real organisation, where the participants have active involvement and control over the direction of the campaign is possible- in fact it is that base which unions and environmental movements came out of. The long tradition of organising meetings and active participation of members in their organisation can be continued. It needs to be. This kind of organisation gives movements real roots and strength that online campaigning cannot do, and if we want to change the world it can only come from people themselves.

Ben moved to Christchurch in 2014 to work for Unite Union on the South Island. He’s a long time socialist and a member of the Mana Movement.