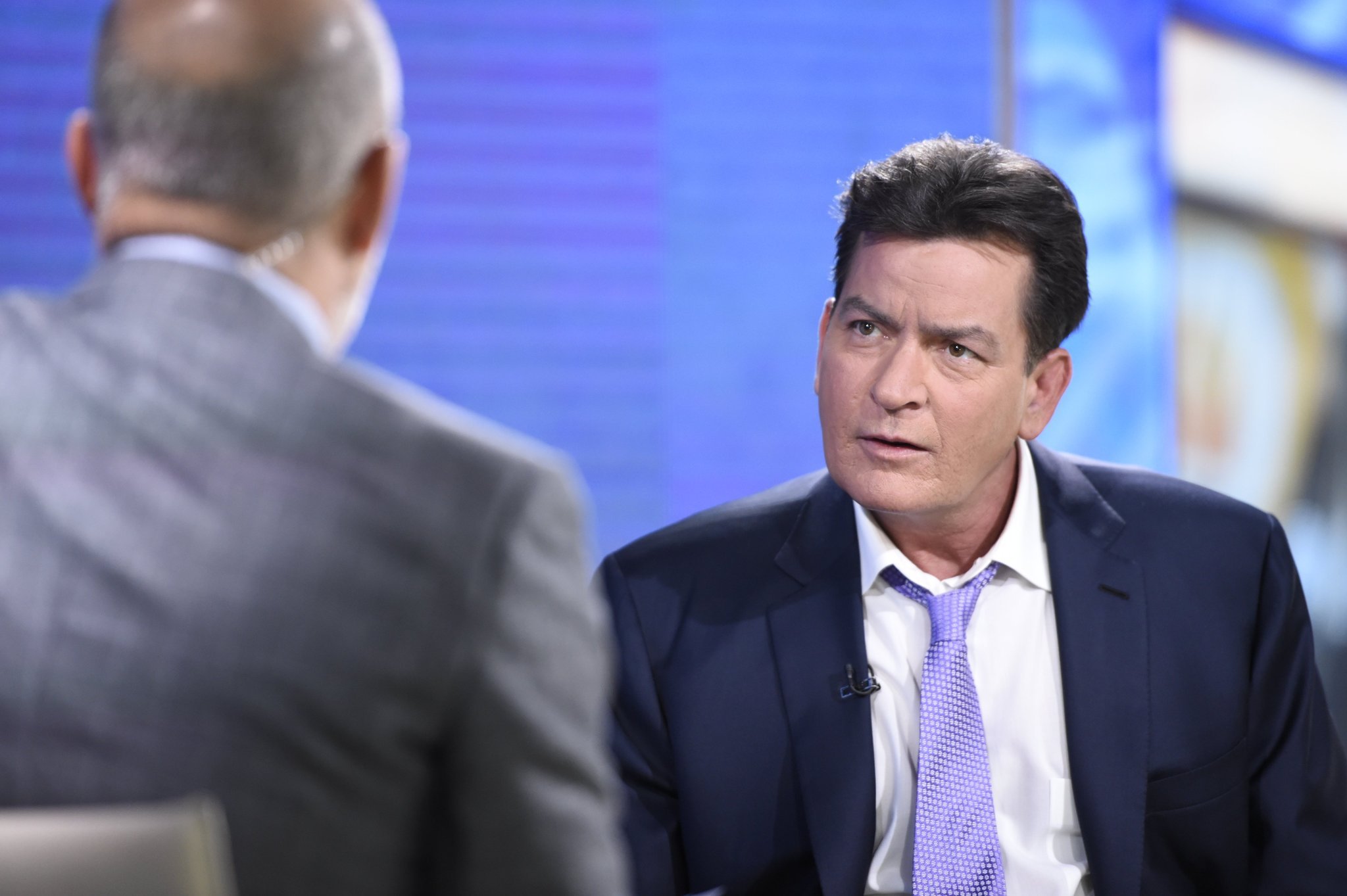 Charlie Sheen is a narcissistic, misogynistic scumbag who many New Zealanders love.

We heard today his supposedly “earnest, open and honest” declarations regarding his HIV status. But what we also heard was truly some of the most scurrilous and disturbing scapegoating of sex workers by Charlie and reporter Matt Lauer. It was just slipped in there like these misogynistic values are a given, taken for granted, natural even! When it is likely those sex workers are the very people who have been most terribly abused by Charlie. This interview was quite simply an act of violence toward women in order to shield Sheen’s reputation. Sheen was of course outraged and shocked that anyone could think ill of him and with great confidence stated that he’d always disclosed… and the narrative he selected was that it was his “honesty” that resulted in the blackmailing he experienced. Sheen, you’re a fucking liar. And your “bad boy” image is not in any way lighthearted, fun or venerable:

A little bit of background about this popular misogynist who has no respect for women’s bodies:

“For the past 20 years, Charlie Sheen has allegedly assaulted, threatened, harassed, abused, and—in one incident—shot women.” It’s a huge, despicable list that involves almost every former partner talking about severe beatings, strangulation, death threats and more, he is a psychopathic terrorist of women and children and he is NOT, fucking, funny.

And now here is his one of his most recent partners exposing him as a liar when he says he disclosed. Bree explains that during that entire period she was never told he had HIV and they even chose to use a form of lambskin condom that specifically did not protect against the virus.

“When asked what sort of action she’ll take, Olson said wasn’t sure.

“I haven’t even thought about anything, but all I know right now is now, because of him, every time someone hears my name they think of HIV right next to it,” she said, later adding, “He doesn’t even value my life.””

I have no doubt that many more women will emerge with shocking similar stories and I believe them.

So when we sit through Sheen the narcissist, the ultimate mates-mate, elevated to godlike status by the nation’s bros and glossy dude magazines, a people’s poet, the man who can do now wrong, and listen to this abusive millionaire and news anchor refer to sex workers as “unsavoury and insipid types – I’m imagining prostitutes” the blood boils. Firstly, there is none so unsavoury and insipid as Sheen and for his ongoing violence toward women. He deserves no sympathy. He is scapegoating sex workers and playing into the various damaging stereotypes about them to protect his reputation.

Secondly, get to know the real lives of sex workers! Many are parents, students, sports people; just normal people just making ends meet. They get paid to entertain people like Sheen and it’s a fantasy performance, it’s probably not their whole life. Sheen likes to imagine they’re unfettered 24-hour-party-people (because that’s the fantasy he wants to buy) but often the real lives of sex workers are just the same as other people’s lives. The fact is sex workers are regular people who deserve basic safety and respect like everyone else. It makes sense if you think about it that no one cares about a sex-workers body more than the person doing the work. In this country sex workers have better sexual health than the regular population, because they care about their own health and understand the specific kind of risks they might be exposed to. They certainly care about their bodies far more than the likes of men like Charlie Sheen on a bender who has to be the worst and most dangerous client imaginable.

The idea that Sheen – the abuser of women – who according to claims did not disclose his status to his own partner was somehow likely to disclose his HIV status to sex workers (who he obviously sees of low value and low regard) while he was in the midst of a drink and drug fueled rampage simply defies reason. He’s lying! If he has failed to ever treat any women with anything other than violent disregard why would we believe him on his treatment of sex workers?

Sex workers deserve better than relaying nasty stereotypes that these workers – often family people – are fundamentally more likely to be “unsavoury and insipid” 24-hour party people than anyone else. Especially when we damn well know that plenty of “respected” public figures are perfectly capable of having these traits. The way the media treat HIV/AIDs is also disturbing and incredibly phobic. It’s really important that people aren’t HIV-phobic. HIV is crap. I’m not going to say it’s some kind of ‘punishment’ that someone deserves because activists have done a lot of work to try and distance the idea of HIV from the idea of punishment for queerness. But Sheen himself is not to be believed. Never uplift and admire this person. Never uplift and admire people like this.

If he’s given air time and held up as a hero, a funny-guy, with light-hearted misogyny that we can all relate to then it’s really important we don’t forget the fact that his breed of misogyny actually kills. He leaves in his wake a huge list of victims. We must never forget the genuine beatings and horrors experienced at the hand of such misogynists and why these attitudes are both destructive and incredibly, violently, rawly real. It’s not actually funny. It’s very, very bad. And every person who ignores his violence and upholds him and pays him and lifts him up is culpable. Sheen is simply the worst of the worst and he doesn’t get any honesty cookies from this feminist.

My heart goes out to those who women have survived him and his children who are forced to endure him.