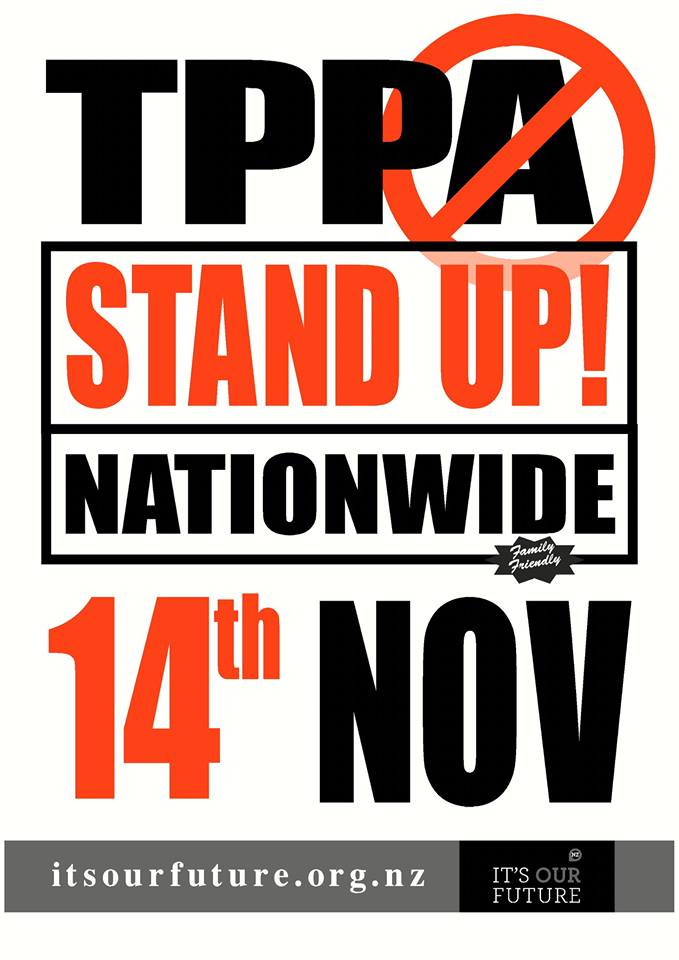 A massive turnout of kiwis at 17 actions around the country have sent a strong message to the Government saying ‘TPPA, Don’t Sign’, according to It’s Our Future.

“The Government has spent the last five weeks since TPPA negotiations concluded on a comprehensive PR mission to tell New Zealanders that this deal is supposedly in their best interests. Today, over ten thousand kiwis nationwide proved that PR mission has failed,” said It’s Our Future spokesperson Edward Miller.

“New Zealanders have learnt not to swallow the ‘Trust Me’ propaganda peddled by Minister Groser,” said Edward Miller.

“For the past six years we’ve been told about a gold-plated El Dorado trade bonanza. This has failed to materialise, yet the corporate wishlist has weaved its way through the completed text.”

“Now that we have the TPPA text it’s becoming clear that this deal as is bad as we’ve been expecting. Kiwis haven’t been fooled,” said Miller.

March organisers around the country read out a list of demands regarding the TPPA that were widely supported by attendees.

“If the Government thinks the people of this country will take this deal lying down they have another thing coming. Today  thousands have proved they will not give up without a fight. It’s time for the Government to start acting democratically and listening to the concerns of the people.”