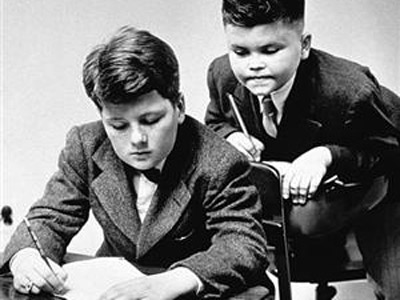 Twenty-first century education in New Zealand has come to mean an education system organised for success on the basis of widespread cheating: the minister of education knows it, but won’t, of course, acknowledge it; principals and teachers know it, but are understandably unwilling to confess it; the Qualifications Authority knows it but daren’t move to act on it; a few government-aligned academics will beat-around-the-bush with it as though their next contract depends on it; the media, except for the Listener and with glimpses, the Herald, reveal it, but don’t know where to take it; and the PPTA now coyly refers to it, but accuses the government of being to blame for it.

A history of education since 2008 will be a register of sideshows to a circus of madness – the circus being the corruption in testing and marking from primary to secondary, inevitable in the high stakes context established and the nature of the oversight provided. The sideshows are everything else, combining to distract and protect the central corruption from recognition and exposure.

The government has declared the Level 2 NCEA to be the key indicator of the degree success of the New Zealand education system. It has also approved a system in which the testing and marking for that level, in particular, is largely left to the schools.

The corruption at Level 2 NCEA has implications for the school system right down to the first year at primary. The success by corruption at Level 2 NCEA means no signal is being sent throughout the school system so that when children arrive at secondary they are arriving considerably unprepared for that level of schooling. In return, there is also corruption in the testing and marking in the primary system which means no signal about unsatisfactory performance is being sent upwards.

At NCEA Level 2, the corruption is both in the marking and in the diversion of children to peripheral units. The rest of secondary school marking is exemplary; but the part that isn’t, NCEA Level 2, is pivotal to the education system, and why it has been corrupted.

Unless special resources are intensively applied, many children arriving at secondary school, especially from lower socio-economic environments have little chance of meeting the demands of an authentic NCEA Level 2, so an unauthentic one is provided instead. If secondary schools just relied on teaching that would risk falling short, and leave them exposed to public and government shaming.

The lack of preparation for secondary education is most seriously demonstrated in children’s lack of genuine interest in learning and a lack of development in intellectual challenge and flexible thinking.

The answer to why primary schools are moving children on to secondary unprepared for genuine learning is complex but can with some degree of comprehensiveness and clarity be reduced to three main characteristics:

First, education has been organised to a narrow version of reading, writing, and mathematics, and narrowed even further by the high stakes national standards measurement education. Undertaking  a curriculum activity for measurement is not one of first teaching that curriculum activity then measuring it – it is to change substantially that curriculum activity both prior to the teaching and during it. Those who support national standards cannot have it both ways: when an area of children’s learning is measured in a national high stakes environment, what children learn is not learning occurring then being measured, it is learning being changed for the measurement – and always for the worse.

Second, there is a lack of intellectual challenge and flexible thinking occurring in contexts combining the affective interacting with the cognitive. This intellectual challenge should occur from children’s first year at primary school, and not, as is widely held, be delayed until children get to a certain level of functioning in the 3Rs.

Third, the degree of corruptness in testing in primary and secondary schools means insufficiently clear signals are being communicated as to what is working and what is not. On the surface, except for the occasional cold-water dousing of PISA results, and Listener articles detailing eye-watering NCEA Level 2 irregularities, all the curriculum and system changes made by the government and contracted services have been fabulous successes. But below the surface, that ‘success’, as this posting argues, has come from the setting up of high stakes situations then providing overwhelming motivation for results to be nudged upwards and ample corrupting scope for schools and teachers to make sure they are. This process is now at the heart of the government’s education policies. Without it, the present minister of education would be out on her neck, and we would be having a very different discussion.

Just as the government has established a high stakes system open to corruption in secondary schools with NCEA Level 2, that system has also been established in primary schools with national standards – not in all primary schools in the way it is in nearly all secondary schools, not to the intensity, but in a significant number of them, and unlike secondary, across all school levels. I am not going to spell out how this is done, but the means are many and varied, ranging from the crass to the subtle, and in a variety of permutations. [If certain primary school leaders want more detail I am willing to provide it in confidence.] Perhaps I could outline the most pervasive inflationary process; that is where the principal puts a lot of pressure on classrooms to succeed heroically each year – leading to a number of teachers within those schools to employ the wide and sometimes weird inflationary techniques.

The corruption of national standards is on farcical display in Communities of Schools, the latest government sideshow. The achievement plans being produced for these Communities are bureaucratic fantasising; bearing no relationship to any credible research on patterns into children’s learning achievement.  The targets set are based on inflated corrupted numbers for a start, so the effect will be inflation on inflation leading to a hyperinflation akin to that of an education Weimar Republic.  If it wasn’t so sad it could provide a laugh as a kind of Carry On Testing. In the years ahead, schools will be so busy adjusting, fiddling, obscuring, skewing, distorting, inflating and coming up with cunning little plans to lift marks, it could well prove a boost to GNP.

There is tragedy and pity in all this: a tragedy in that a signal is not being communicated about the need for a system change of direction; and a pity in that it is obscuring the few genuine government contracted successes, for instance, the Biddulph’s reading together programme, and the Hunter’s (mother and daughter) problem-solving maths for young Maori and Pasifika children. But then, what motivation is there for the government to improve teaching by improving it, when it can ‘improve’ it by organising for cheating within it, with absolutely no risk of failure and saving itself the trouble and money in the process (also supporting its mantra that social and economic status hardly matters)?

The lack of the right signal also contributes to damaging myths. There is, for instance, the myth of something called ‘quality’ teaching, which to the government has come to mean something very different from simply ‘good’ teaching – ‘quality’ teaching is a form of teaching that provides instant and continuing amazements no matter the challenges posed by the children or the numbers, without need for extra funding or support – just a teacher armed with a mind-set. The lack of a signal also contributes to the myth of the ‘high performing school’ which has come to mean something very different from a ‘good school’ – to the government a ‘high performing school’,  leaving aside the need to display craven obeisance, is one that scores well above its national standards decile indicator. However, given what we know about national standards, the difference between a high performing school and a comparable one that isn’t, is that one is likely cheating massively and the other not at all.

The lack of honest signals about performance is having a distorting and undermining effect on both primary and secondary schooling.  I referred above to the many children arriving at secondary, especially from lower socio-economic families with, unless special resources are intensively applied, little chance of authentic success. With no compelling signal being communicated about the failure of so many children to achieve this authentic success that has meant resources that could have been used to establish a comprehensive tutor system at early secondary are being frittered away on the Communities of Schools’ sideshow. I lobbied hard for PPTA to dismiss the relevance of Communities of Schools, arguing instead for a much better tutor system, but the PPTA was having none of it.

I acknowledge that one of the main reasons secondary schools don’t want to admit to the corruption – hang on to it for dear life – of NCEA Level 2, is the commendable desire for social justice – wanting a broad range of children to leave secondary with accreditation. They point to how much it means to some children and how substantial failure for a large number of children would be a return to the old exam days which made school certificate such a harsh exercise in social and vocational sorting.

The idealism is admirable but misplaced.

First, one of the function of schools, whether schools like it or not, whether idealists like me like it or not, is social and vocational sorting. To not recognise this is to do a disservice to children. If children’s accreditation is not authentic it will become seriously devalued; social and vocational sorting will still be occurring, but to the disadvantage of the children concerned.

Second, to be involved in the corruption of school marking is morally reprehensible no matter its intention (though situationally understandable), though I have to say here as a factor, that making the school system honest would involve a change of practice, focus, and organisation which some may find uncomfortable.

The current mooted changes to the Education Act in which low performing schools will be at risk of some form of government intervention is just another sideshow to the circus of madness referred to. So what will happen? privatised education experts will intervene with a miasma of jabberings about data, and the principal will say, what the hell, and join in the cheating. Each ‘success’ achieved validating the process, contributing to an avalanche of further renditions. Then there is the sideshow of charter schools, whose national standards results have the validity of the ten million dollars you are expecting from Nigeria. The mooted iwi schools will be another sideshow. If they are introduced as an expression Maori sovereignty and furtherance of the language and culture, fine by me, it’s none of my business, but if they are introduced by the minister of education as a way of lifting the academic learning (resulting in maunga of corruption), that will be a cynical exploitation by high status Maori of the most disturbing kind.

The corruptness and weaknesses in the present system need to be acknowledged and a very different system put in its place. It is not my intention to discuss what that might be, except to say that under this government there is unlikely to be any clear acknowledgement forthcoming, more  a vague dissembling blaming schools, leading to more school repression, and even stronger measures to protect the corruption of the marking and testing which is central to its education policies.