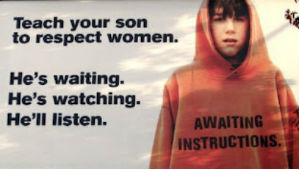 I’m not even sure where to begin with this…

Warnings for Roast Busters II
Police have let school boys off with warnings after they performed lewd acts on drunk girls and posted pictures online.

Walsh, who declined to reveal the school involved, was told of the incident by the principal of the teens’ school.

“The boys had a competition where they would get young girls drunk and they would dangle their genitalia over their faces and take photos,” he said.

…you would have thought after the horror of roast busters 1 and the callous attitude the Police exhibited in that fiasco that they would have taken a very strong stand on teenage boys getting young girls drunk and taking sexually assaulting them by dangling their genitals in their unconscious forms.

You would have thought.

Yet here we have the police exercising their descretion in favour of the boys, not the drunk girls who have been humiliated and abused.

We need to ask some question…

Are these boys from a rich school?

Are these boys wealthy?

Why are the Police protecting the boys and not the girls?

Have the Police learned nothing from Roast Buster 1?

What does allowing these boys to get away with this say to men and society about abusing drunk women?