So there I am.

Stumbling around trying to find any place open late night in Palmerston North to buy food* and becoming horrified that everything on a Friday night seems to have closed at 9pm. 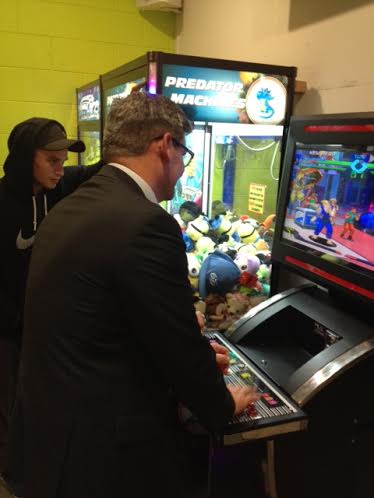 …and to my amazement, Iain actually won! Which was no simple feat as the challenger had selected Wolverine as his fighter.

I’ll go into details on how they intend to do that tomorrow, but the factionalised fighting has ended, the Caucus has united around Andrew Little as leader and Little is developing into a leader who can challenge Key.

In the past my excitement for Labour was over what I hoped they could achieve rather than what they could actually do, this time around I feel there has been a major change behind the scenes in areas Labour needed to change to become an effective machine.

But all of that for tomorrow, let me just point out the breathless Brooke Sabin report on the TPPA. Brooke says Labour were blindsided by the release of the TPPA text – that’s simply not true, Labour were aware far earlier in the week that the text was likely to be released and Little’s 5 bottom lines still stand, it’s looking more likely that Labour will turn the TPPA down than support it if the issues around asset sales to foreigners stands. You wouldn’t know that if you had watched TV3 on Friday, and Brooke’s report shows exactly why Labour are so keen to tighten media interaction at the conference.

*I’d like to add, I wouldn’t have been in this state of hunger if the Standardista Table hadn’t eaten all the plates of food before they arrived at our table. Greg Presland and Stephanie Rodgers have much to answer for!