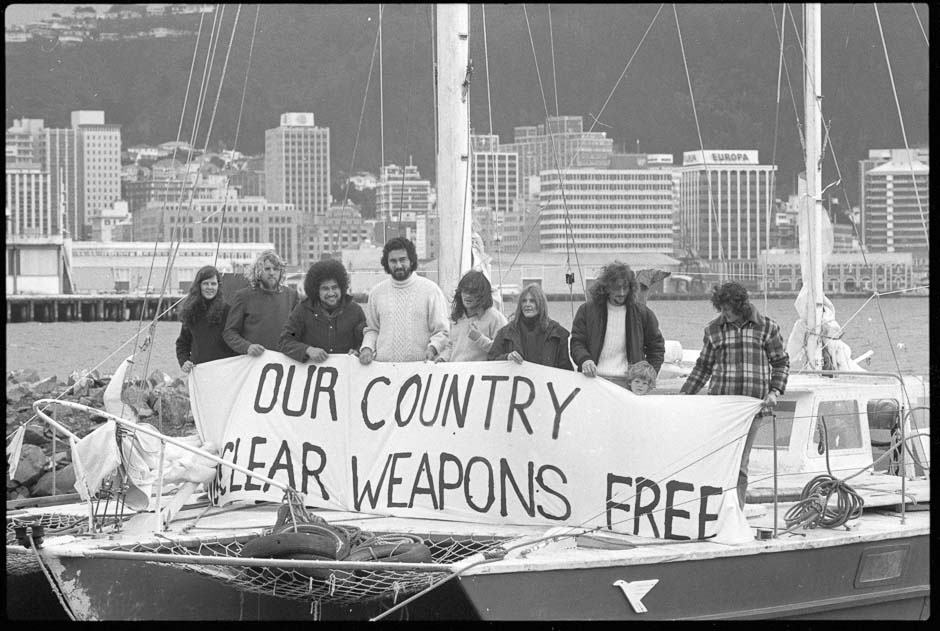 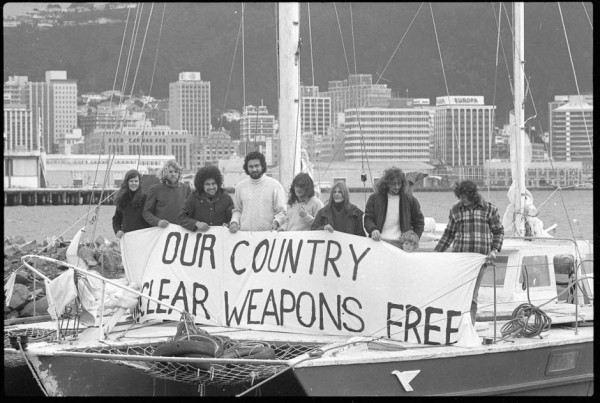 It’s still unclear whether the United States will accept an invitation to send a warship to the New Zealand Navy’s 75th birthday celebration next November.

For 30 years America has refused to send any navy ship because of our legislation preventing nuclear-armed or nuclear-powered vessel from entering our ports. The Americans have said that no country can pick and choose which of their navy ships is welcome.

The relaxing the American stance would be a major victory for anti-nuclear New Zealand. We were staunch for 30 years and eventually the Americans folded.

But that would not be the whole story. One aspect of the peace protests that produced our 1987 nuclear-free legislation was a desire for New Zealand to have a more independent foreign policy – to focus on peacemaking rather than joining the US in its foreign battles. We weren’t sad when the US said we were no longer and “ally” and pushed us out of ANZUS.

National governments have never been comfortable with non-alignment and under John Key have been pushing us back into an ANZUS-type strategic relationship. Joint military exercises are now common. Americans are currently participating in Southern Katipo, an exercise now taking place in the South Island. A Kiwi army group is now serving alongside the Americans at Camp Taji in Iraq. A US warship visit would signal New Zealand are pretty much “back in ANZUS”.

The tricky bit for the Americans is how to explain a warship visit without it being a backdown or contrary to its policy of “neither confirming nor denying” the presence of nuclear weapons on its ships. Its position up till now has been that a host government can’t state that a visiting US vessel has no nuclear weapons without contravening the “neither confirm nor deny policy”.

The NZ Herald thinks our government will help the US around this problem and “not be pronouncing on the ship’s weaponry.”

This is where the New Zealand Nuclear Free Zone, Disarmament, and Arms Control Act 1987 may still present a problem for the Americans. Under it “foreign warships” may only come here “if the Prime Minister is satisfied that the warships will not be carrying any explosive device.” The Prime Minister can hardly hide his or her determination – and could be subject to a legal challenge if he or she attempted to do so. Interestingly, the Act also specifies an advisory role on such matters for the Public Advisory Committee on Disarmament and Arms Control [Section 17 (1)(b), which again would make it hard for a Prime Minister to keep his or her determination out of the public realm.

The British have taken a more relaxed approach with their warship visits to New Zealand. In 1995 the frigate HMS Monmouth visited New Zealand after Prime Minister Bolger declared it didn’t have any nuclear weapons – on the basis of a British declaration that they had taken nuclear weapons off their surface ships.

The Americans have made a similar declaration regarding their surface ships. In 1991 President George Bush announced that “under normal circumstances, our ships will not carry nuclear weapons”, a stance repeated in 2002 when the US reported to a Non-Proliferation Treaty meeting that “worldwide, the United States has eliminated all nuclear weapons from surface ships.”

Despite this public knowledge of the nuclear-weapons status of its warships, the US might still not be comfortable with New Zealand using its nuclear-free legislation make a nuclear-free determination, and to “pick and choose” which US warships are welcome.

Or perhaps, noting a presence of Chinese warship at the 75th NZ Navy celebration, the Americans will swallow their pride and send their own warship.