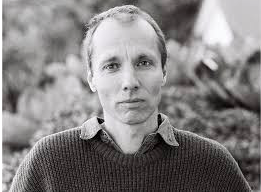 David Fisher sums up perfectly the reasons why NZers should be so shocked and outraged at what the Police are doing to Nicky Hager, it is the everyday nature of the abuse of power exhibited by the Police action that should demand attention…

The most chilling aspect of the police intrusion into Nicky Hager’s privacy is how ordinary it was.

Detective Inspector Dave Lynch, in an affidavit to the court, said “such enquires are basic steps in many investigations to pursue a variety of legitimate enquiries”.

He was referring to the practice of pointing institutions to the Privacy Act clause 11(e) which allows institutions to disclose people’s personal information if there is a “reasonable belief” it helps with the “maintenance of the law”.

So for police there was nothing unusual about asking airlines, banks, phone companies and TradeMe for personal details without a legal basis. Westpac complied and handed over 10 months of Hager’s banking and credit card records.

…that’s right, the NZ Police – routinely threaten companies in NZ under this farcical privacy act clause, effectively the cops threaten these companies that they might be in trouble with the Police if they don’t hand over information on an individual the Police are investigating. It’s called a shake down, the cops threaten, those corporations with no spine agree and out the window goes the need for search warrants and judicial oversight.

The normalcy of this abuse of power by the Police has been met with a shrug by the mainstream media. The fact that a former Justice Minister is now at Westpac, the fact that the banks use these police checks as a secret mark against your credit rating and the fact that Nicky has already stated that the Police were trying to tap his phone at the IKA Table Talk last month have not surfaced in the news yet so the Police will get away with this harassment and bullying of a journalist and the remainder of the media will cower from the Government.

I think Nicky Hager would need to be an All Black before the news media of NZ cared.