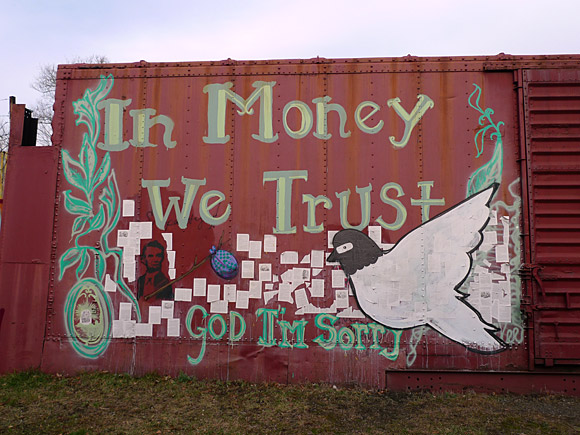 This is reminiscent of an article by Wolfgang Münchau in the Financial Times on 14 April 2013: The Riddle of Europe’s Single Currency with Many Values. (I mentioned this in Scoop on 31 July 2013; Auckland House Prices — The Ongoing Saga.) Münchau noted a European Central Bank survey claiming that average personal wealth in Spain was 50 percent higher than in Germany, and that the good people of Cyprus were on average over three times richer than Germans. Indeed, allegedly, Germans, the poorest people in the Eurozone, were bailing out super-rich Cypriots.

In 2013, Spain and Cyprus were at the depths of their financial crises. The unemployment rate in in Spain was 27%, compared to just over 5% in Germany. Some people’s concepts of wealth are seriously askew.

Münchau gave a somewhat Germanic explanation. He noted, quite correctly, that past higher inflation rates in Spain than in Germany mean that the Euro is undervalued in Germany and overvalued in Spain. But that can only be a small part of the story. Cyprus for example had asset prices bloated by huge amounts of Russian money, some of it possibly less than legit.

These surveys are an attempt to measure grossly inflated financial and real estate assets as if they were actual economic wealth. And they assume that a society’s wealth is the sum of the prevailing market values of the financial assets of its individual people, rather than treating wealth as a form of synergy.

Applying common sense instead, we know that a wealthy community is one through which money flows and reflows. Such communities have an air of prosperity about them; not boarded-up derelict buildings.

From a societal point of view, money is wealth – and a harbinger of wealth – only when it is moving. Yet ‘rich’ individuals see wealth as, for them, money that stops in their possession rather than money that moves through the community. This is the central tension of money; while it works by moving, we too easily want it not to move. A healthy person has blood flowing through their bodies in a consistent and comprehensive manner, at varying intensities of physical activity. If people are bleeding or have blocked arteries then they are not healthy; the blood is not flowing and reflowing. Yet, in the case of blocked arteries, there is a build-up of stationary blood at the sites of the blockages. That accumulation of blood is neither health nor wealth. Those sites in the body abnormally rich in blood represent the poverty of the whole, not the wealth of the parts.

Money from both miserly New Zealanders and from foreign savers comes into certain parts of New Zealand – especially the property market and banks that feed it – but does not cycle through New Zealand’s economic highways and byways. It is ‘spent’ largely on assets that already exist. So these asset prices climb to absurd levels that do not relate in any meaningful way to New Zealanders’ lives. Aucklanders, like Spaniards before them, seem wealthy if they compare their bloated and economically meaningless house prices with those of houses in Düsseldorf or Fukuoka.

Further, Auckland has been subject to a number of previous housing bubbles (in the 1980s, 1990s and mid-2000s). Market values never really fell during the pauses between the bubbles. Instead of owners accepting that their houses were worth less than they wanted to believe they were, they just didn’t sell them, maintaining the pretence that these assets were both their wealth and a reflection of their cleverness. As in Spain and Cyprus, people with overpriced assets dared not sell once the supply of the panicked showed signs of outstripping the demand of the gullible. Better to pretend to be rich – not putting your asset values to the test – than to accept the truth. Financial bubbles happen when fools sell promises to bigger fools. Such foolishness verges on cleverness only when there is a ready supply of bigger fools than oneself. Auckland has had more than its share of bigger fools. Hence New Zealand’s apparent wealth in Credit Suisse’s statistical database. Rich clots.

Inequality is a problem for many reasons. Probably the most important reason is that inequality impedes the flows of money – the buying and selling of goods and services by ordinary people doing ordinary and extraordinary things – that underpin healthy and wealthy communities.