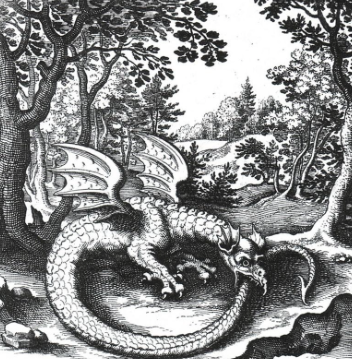 Reflecting on the past few weeks of student politics around fee increases, two images kept coming up: first the frog in a beaker of water that is getting hotter but the frog does not notice as it is so gradual.

Thus in New Zealand there was barely a ripple of protest for a 3% rise in fees. In contrast, last week the South African students faced with an 11% rise in fees  got very angry indeed and forced the government to back down. While seemingly small, that 3% increase in New Zealand fees coupled with all the other spending cuts for students since 2008  makes for a significant further rise in the temperature of the water. One day the frog will hop out and cause mayhem.

The second image is that of the snake who eats his own tail.

Let’s imagine a father contemplating his newborn, only too aware that this child is going to cost him a lot of money in the next 25 years

“Son,” he says, “I am willing to invest in you and your potential future earnings.  My kind offer is to lend you the necessary money for your board, food, education and health.  Think carefully, son, is your future earnings potential going to be worth it?”

The baby blinks but agrees, as starvation is not a palatable option.

In the next 25 years, the parents account for every expenditure on the child. The mother also puts in a fee for her unpaid time in caregiving. Unlike many others in a neoliberal world she understands the concept of opportunity cost only too well.

On graduation with a degree that leads to a rather poorly paid teaching job, the student has a large debt and must begin to repay his parents.  However, the student has multiple other debts that were necessary for survival. He is now with a partner, also indebted, lowly paid and newly pregnant. They pay a very high rent to an Auckland landlord.

The loan is sitting on the parents’ balance sheet but is not a very attractive asset. The father thinks “If only we had put all that money into the stock market or Auckland houses how much better off we would be!”  Of course, the parents did not have to borrow for their own upbringing, and they have streaked ahead over the years with well-paid jobs and appreciating assets.

The opposite is true of their son, whose repayments are preventing a reasonable standard of living and the chance to save for a home. The repayment of the debt merely means money shuffling within the family but at the cost of a huge resentment.   It becomes clear that the parents will end up picking up the pieces in all kinds of ways.

The penny finally drops. In a moment of lucidity and with a stroke of the pen, the parents wipe the debt. The sky does not fall in, the family pulls together as a unit and the snake stops eating itself.  In 10 years time the family reaps the benefits of getting the son and his partner on their feet.

Last week the Auckland Vice Chancellor argued that if they didn’t raise student fees by the maximum of 3% it would be a permanent loss to the budget every year going forward. There was no empathy for the corresponding compounding effect on student debt.

Student loans are not a very sound investment for the government being income-contingent and interest-free.  The total outstanding student debt is about $15 billion, but it is an impaired asset and has a fair value of only about $9 billion on the Crown balance sheet.

Just as debt forgiveness is often necessary and beneficial within families, we need to work out how to do it as a nation.  It needs a paper transaction that cancels the both the $16 billion debt and the impaired $9 billion asset.

Guess what? The snake stops eating itself, the frog enjoys a lower temperature and we are not all possums caught in the lights of a very bizarre and discriminatory financialisation policy.
Getting rid of the debt is easy. Paying for future education costs requires a sensibly progressive broad-based tax regime where high income earners pay more than now, but students as a group are not singled out for a 12% wallop of tax from ludicously low income.