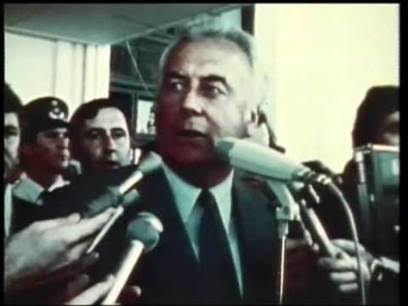 SCEPTICISM ABOUT THE EXISTANCE of the “Deep State” is very strong in New Zealand. This country has been fortunate in avoiding the sort of constitutional crises that bring the machinations of Deep State actors into public view. Our neighbours across the Tasman have not been so fortunate.

It is almost exactly 40 years since the Governor General of Australia, Sir John Kerr, sacked the government of Gough Whitlam’s Labour Party. The “dismissal” of the Whitlam Government was long thought to be the work of Kerr alone; a vice-regal intervention intended to resolve a constitutional stalemate that was threatening to bring Australia to its knees. This “official” version of events is now being challenged.   In The Dismissal Dossier: Everything You Were Never Meant To Know About November 1975, Australian Research Professor, Jenny Hocking, makes it frighteningly clear that Kerr had help.

One of the questions often asked by students of Whitlam’s dismissal is: Why didn’t the Prime Minister simply pick up the phone and dial Buckingham Palace? The Governor-General is, when all is said and done, merely the monarch’s stand-in. Should he so forget his place as to seriously contemplate dismissing a democratically re-elected government from office, then, surely, a quick conversation between the Prime Minister and Her Majesty would secure his instant removal from Government House and replacement by somebody more committed to the democratic process.

According to Hocking, that most simple of solutions was denied to Whitlam for the very simple reason that the Queen and her Private Secretary, Sir Martin Charteris, were forewarned of the dismissal. Kerr had taken the precaution of both writing and speaking to the Queen about what he was planning to do well in advance of 11 November 1975. Indeed, the Queen’s Private Secretary and the Governor-General had together run through the options should Whitlam attempt to secure Kerr’s removal from office. In the event of this “contingency”, Charteris informed Kerr, the Queen would “try to delay things”.

Had Whitlam dialled Buckingham Palace, it is highly likely that Charteris would have informed him that Her Majesty was indisposed and unable to take his call.

At no time during the course of these alleged exchanges, says Hocking, did the Palace think it appropriate to speak to the Prime Minister of Australia about his Governor-General’s intentions. In such circumstances it would have been very difficult for Kerr to interpret the Palace’s silence as anything other than tacit support.

As if all this wasn’t bad enough, Hocking claims that, in addition to the Queen, Kerr also discussed his plans to dismiss the democratically-elected government of an independent Commonwealth nation with the heir apparent to the British throne, Prince Charles. The latter’s alleged response, if accurately reported by Hocking, raises serious questions about Charles’s suitability as New Zealand’s next head of state.

According to Hocking, the Prince of Wales’ reply was: “But surely, Sir John, the Queen should not have to accept advice that you should be recalled at the very time should this happen when you were considering having to dismiss the government.”

It seems that the Royal Family was not Kerr’s only source of advice and support. The Governor-General is also said to have consulted senior members of the Australian judiciary and, shockingly, the Liberal Leader of the Opposition, Malcolm Fraser. Apparently, they, too, saw no reason to acquaint the Prime Minister with the fact that Kerr was planning to overthrow the Australian government.

There was another person in Australia who seemed to be extraordinarily well-informed about the future of Whitlam’s government – Rupert Murdoch. He had returned to Australia in the early months of 1975 peculiarly confident that the Labour Government would be gone by Christmas. Accordingly, the Murdoch-controlled press, well-informed by sources deep with the civil service, waged an unrelenting campaign against Whitlam’s beleaguered ministry, and was entirely supportive of the bloodless coup that toppled it.

Hocking’s accusations are, of course, political dynamite. They call into question not only the constitutional reliability of the House of Windsor, but all of Australia’s and the United Kingdom’s unelected power structures – their Deep States. Australians also have cause to wonder about their country’s relationship with the elected governments of the United Kingdom. After all, how likely is it, if Hocking’s allegations are true, that the Queen would have kept her own Prime Minister and his Cabinet in the dark about Kerr’s intentions? Mind you, these were the years in which rumours of coups against the Labour Government of Harold Wilson were rife. Was Her Majesty advised that it might be wisest to keep Sir John Kerr’s intentions to herself?

Of course Hocking’s allegations, if wide of the mark, could very easily be corrected by releasing all of the Palace’s 1975 communications with Kerr. Unfortunately, these remain sealed under a 50 year suppression order not set to expire until 2027. Even then it is most unlikely that they will be released until all of the persons involved in the events of November 1975 are deceased.