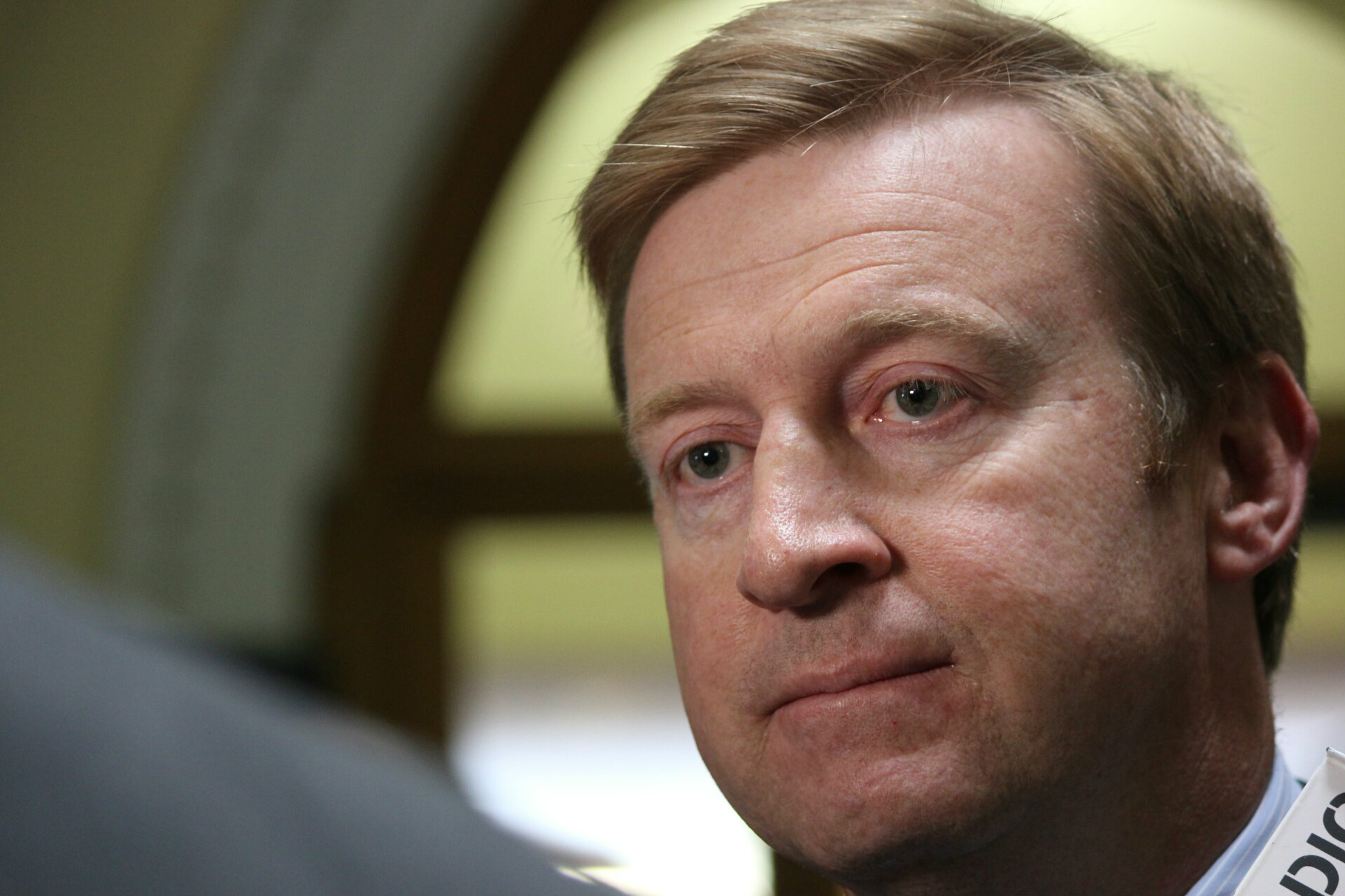 In June 2008, the then-Labour government – realising that child obesity was becoming a major health and social problem – moved to reduce the availability of unhealthy foods from schools;

What could be wrong with providing healthy food options for our children? Who could possibly object to fighting obesity in our youngest citizens, who are vulnerable to the highly-processed, addictive, sugary and fatty foods that are a plague on Western (and increasingly developing) contries?

“There was a great deal of angst about things like, when you’re having a school gala, can you have a sausage sizzle on site, can you lay down a hangi?”

Which raised the obvious question; were schools holding sausage sizzles every single school day, and feeding charcoalled ‘bangers’ to kids?

As National maintained a  hands-off stance to our growing obesity problem, the consequences became obvious;

According to the Ministry of Health;

New Zealand has the third highest adult obesity rate in the OECD, and our rates are rising. Almost one in three adult New Zealanders (over 15 years) is obese, and one in ten children.

This is unsurprising. Doing nothing about obesity and refusing to act decisively on combating a torrent of cheap, unhealthy “food”, has it’s natural consequences.

What is surprising to this blogger is that National has not tried to curtail or ‘massage’ Health Ministry data-collection on this problem, as it has done with child poverty. Or Crime statistics (more on this in an up-coming blogpost).

One of the best strategies for reducing consumption of unhealthy food such as sugary carbonated drinks is to tax the product.

Mexico implemented a 10% tax on ‘fizzy’ drinks on 1 January 2014. This was was enacted as Mexican authorities realised the gravity of growing  obesity and related problems amongst their people;

Campaigners and public health experts are watching closely to see what impact Mexico’s tax has on consumption. Mexico, where 32.8% of the population is obese, is now the country with the biggest weight problem in the world, according to the UN’s Food and Agricultural Organisation, overtaking the United States. The impact on health has been serious – 14% of the population has diabetes. Rates of high blood pressure, which can lead to stroke and heart attacks, are also high.

A year and a half later, and the consumption of ‘fizzy’ drinks has dropped by   6% to 12% in the first year;

A tax on Coca-Cola and other sugar-sweetened drinks in Mexico has succeeded in bringing down sales, which experts hope will help curb the nation’s obesity problem.

The 10% tax was implemented on 1 January 2014 after a battle with the beverage industry. More than 30% of the Mexican population is obese and a love of Coca-Cola and other sugary drinks has been held at least partly responsible. The average Mexican drinks the equivalent of 163 litres of Coca-Cola a year, or nearly half a litre a day.

The Mexican National Institute of Public Health and the University of North Carolina have now carried out an evaluation of the impact of the tax, which shows it cut purchases by an average of 6% across 2014, and by as much as 12% in the last part of the year.

The effect was greatest on lower-income households, who cut their purchases by an average of 9% across the 12 months, and by 17% in the later months. The impact appears to be similar to that of taxes on tobacco and other goods that are hard to give up, where the drop in sales increases over time.

As with taxing tobacco products in New Zealand – a method proven to work – increasing the price of an unhealthy product reduces consumption. Especially amongst the poor, who are particularly susceptible to pernicious marketing and supply of cheap, unhealthy ‘foods’. A Parliamentary report here in New Zealand showed that obesity was especially prevalent in lower socio-economic areas;

Dr Jonathan Coleman: Not necessarily. No, the evidence doesn’t show that. If you look at the evidence for sugar tax, right, it shows actually it’s very low in terms of disability-adjusted life years lost, so that’s basically saying that, look, there’s no evidence that it’s going to end up with people living longer, healthier lives. What there is evidence for is actually eating less and exercising more, and so I’m focusing my efforts on education, getting people to actually live more healthy, active lifestyles. Sugar taxes get a lot of attention. No evidence that it works.

Four months later, in an interview with Dr Jonathan Coleman, on TV3’s The Nation, on 24 October;

Patrick Gower: Looking at a soft-drink tax –why not?

Dr Jonathan Coleman: Because, actually, there’s not the conclusive evidence, right? There might be a correlation in those Mexican studies, so they put a 9% tax on soft drinks.

Dr Jonathan Coleman: Sales decreased, but it’s not clear if that’s a correlation or a causative effect, so there were other things going on – a tanking Mexican economy, $30 billion drinking-water programme. It’s also not clear if there’s substitution to other beverages. So we’re saying, look, you know, there’s some evidence that’s being assessed – it’s going to be reported on in 2017 at Waikato University as well as the University of North Carolina – but there isn’t any direct evidence of causation that anyone can point to.

Patrick Gower: Well, the World Health Organization, which put out that major report recently, led by our own Sir Peter Gluckman, you know, that has said, and I will quote it for you, ‘The rationale and effectiveness of taxation measures to influence consumption are well supported by available evidence.’

Dr Jonathan Coleman: Well, they might be talking about a decrease in sales. But what we want to know about is – is there a link to obesity directly? So, for instance, there might be a decrease in consumption of soft drinks, but are people drinking more flavoured milk? Are they drinking beer as a substitution? What is says in that report is that, actually, there isn’t clear evidence. On balance, they recommend it, but, look, that’s the WHO, you know? You would expect that they would take a very purist view. And I met with the commissioners personally. I talked to Sir Peter Gluckman.

Patrick Gower: What about this for evidence? If a tax doesn’t work or there’s no evidence for it, what about with cigarettes? Because your own government’s putting up the price of cigarettes and saying that that is working to stop smoking.

Dr Jonathan Coleman: Well, that’s a different issue. So, yes, if you put a tax on something, it will decrease consumption, but what I’m interested in is – will that decrease obesity? So say, for instance, we tax something. You might drink less Coke, but are you drinking beer or flavoured milk instead?

This was an interesting exchange between Gower and Coleman. Note that his first contention is that sugar taxes do not work;

“Because, actually, there’s not the conclusive evidence, right? There might be a correlation in those Mexican studies, so they put a 9% tax on soft drinks […]  Sales decreased, but it’s not clear if that’s a correlation or a causative effect […] but there isn’t any direct evidence of causation that anyone can point to…“

But only a few seconds later, Coleman makes this startling admission;

“So, yes, if you put a tax on something, it will decrease consumption…”

That was a slip on his part. The National Party politician in Dr Jonathan Coleman was instructed to parrot the official line: ‘there is no evidence that sugar taxes work‘ (even though that is precisely the same mechanism used to reduce tobacco consumption).

But the other part of Dr Jonathan Coleman – the doctor part – knew deep in his soul that a tax on anything will affect consumer behaviour. There is a part of Jonathan Coleman that, as a doctor of medicine, wants to help people, and National’s luke-warm, ineffectual “22 initiatives” will not placate that desire in him.

As bad as those “22 initiatives” are, National has heaped insult upon injury by funding the policy  “from within existing health, sport and education budgets“.

Millions will be taken from health, sport, and education, to fund a policy of “initiatives” that are a sop to the sugar and food industry, and not designed to address the problem at it’s core; the widespread availability of cheap, unhealthy, sugar/fats/salt-laden ‘food’.

How many hip replacement operations or classroom re-builds were sacrificed or postponed, to fund this rubbish “initiative package”?

It is interesting that Dr Coleman has rejected implementing a tax on sugary drinks and other foods because of a “lack of evidence”.

In March 2009, National scrapped the previous Labour governments healthy-food-in-schools programme. This allowed school cafetarias/”tuck” shops – many run by private companies – to again return to the practice of selling unhealthy foods to children.

When Corin Dann challenged Dr Coleman on Q+A on 28 June, he said;

“You reversed the rules on the tuck shops, on the canteens at schools, so there’s sugary foods and all that sort of stuff gone back in there.”

To which Minister Coleman replied;

“That’s because they weren’t working.”

If that is the rationale used by Jonathan Coleman to justify wrecking the healthy-food-in-schools programme, then the Minister should be deeply, deeply ashamed of himself.

The policy had been in effect only nine months (see above screen-grabs, 2008 and 2009). There was simply insufficient time to assess the programme. Of course there was “no evidence” – the programme was aborted before it could be gathered!

By comparison, the Mexican sugar tax has been in effect since 1 January 2014 – nearly two years. Consumption of carbonated sugar drinks has fallen dramatically.

But this is not about “evidence” at all. If National was keen on gathering evidence, it would have permitted Labour’s healthy-food-in-schools programme to continue until it could be properly evaluated.

If National was interested in evidential-based policies, it would be studying the Mexican result keenly.

And if National valued the advice from it’s own science-advisor, Dr Peter Gluckman, it would listen. As Dr Gluckman pointed out on 30 July, on TV3;

“The issue around these taxes is, how much tax would you have to put in to change behaviour? I think they’re a really important signal, and it does look from the preliminary evidence from Mexico that taxes on sugary beverages do reduce consumption.

No, evidence does not factor in National’s actions.

This is about corporations; profits; and free-market ideology. As former-NZ Herald columnist, Dita De Boni wrote in her excellent piece on obesity, on 3 July;

“If we are intent on reducing health spending on obesity, it will come – but only when political ideologues like Jonathan Coleman and the food lobby are comprehensively uncoupled.”

In this instance, evidence is not only not welcome by National, it is downright embarrassing.

Parents throughout the country should be alarmed at what this government is doing. Or, more accurately; not doing.

Former-NZ Herald columnist, Dita De Boni wrote an incisive piece on obesity, on 3 July – “Giving us a fat chance against obesity“. Ever insightful, and a master at prose and skilled, liberal use of facts, Ms De Boni’s column was scathing of National’s do-nothing stance on our growing obesity crisis.

Further down the online page, in the Comments section, was this chilling, prophetic comment left by “Cathy”;

Ms De Boni was dumped from NZ Herald on 10 August. “Budgetary considerations” were given as the official reason.

“Cathy” would do well with Lotto or putting bets on horses.

The Daily Blog: Has the Government manipulated Corrections statistics as well?

Brooking Blog: Corrections cuts crime with the selective use of statistics

From “Nanny” State to “Natzi” State?

You’ll have a free market – even if it KILLS you!

Anne Tolley’s psycopathy – public for all to see

On ‘The Nation’ – Anne Tolley Revealed