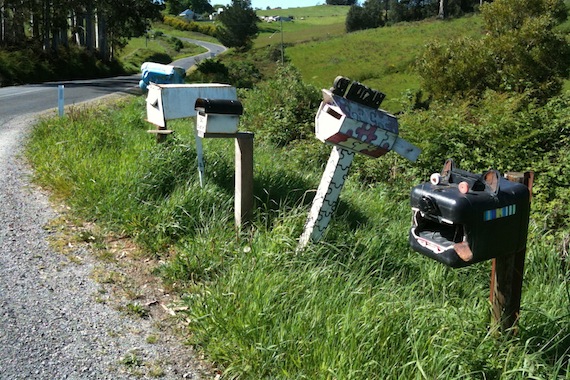 Yes, he should have known better, but if he and his mates couldn’t steal insecure booze off their parents, then how the Hell else could they get booze?

The evident logic of his rhetoric was lost on the grey-faced duty lawyer sitting in front of him in a small, windowless room. The thick Perspex barrier between them was perforated with holes for communication, but sturdy enough to resist the advances of those who wished to communicate more vigorously with their counsel or probation officer. Despite that, over the years, attempts had been made on its integrity with lighters and sharp instruments which could only be imagined for they’d obviously been invisible to those who’d searched them.

He’d been there since Saturday night. A local cop from this hick town had taken the long drive out to the beach where he lived. The cop found him and his mate lying there drunk, as had been reported hours earlier. The cop didn’t want to bring the kids in, but he’d already had it in the neck from the new senior-sergeant who he knew had received a barrage of letters from two people in the remote seaside village 60 kilometres away.

He’d already warned the kids a couple of times after there’d been fights and a couple of the city folks’ flash batches had been burgled.  Although the cop knew the intervention of the long arm of the law was useful, dragging them off to court in town wasn’t; things were bettered sorted, here, in the street.

He could sympathise with these young guys. They couldn’t help where they were born; they couldn’t help that the jobs that had drawn their whanau here were gone long before they drew their first breath. Decades of grinding poverty had eroded any pride its habitants had in the stunning beauty of the landscape.

A low building with a forecourt and awning used to be a gas station, but it had closed long ago. These kids had known it as the ramshackle secondhand shop that had closed down when the old guy who ran it died.

Their dads had taken to the bottle when machines had taken their jobs in the kumara fields and freezing works. Now they sat at home, drinking moonshine or homebrew and saving their butts for when times got tough, as they inevitably did, coming up to benny day.

He could understand how they got angry, drunk and angrier. It seemed perfectly justified, even to him, comfortably middle class with his Kiwi Save account. Yep, he’d be pissed too. To his mates he’d never admit he thought their talk of bootstrapping was bullshit. Yes, he’d seen young Jimmy do it as well, born in a shoe box by the side of the road and now a big cheese. But for every one of those born in Monty Python’s fantasy shoebox, the reality was there was more than one living in a carton on his beat. Perhaps they hadn’t been born in one, but he didn’t doubt that soon enough one of their kids would be.

But, there came a time, he thought when he had to toe the line, lest his prospects of making senior constable took a dive. So he hauled them in. As the friendly drunks were loaded in the back of his car, he didn’t answer when asked: If we can’t lie down on the beach when we’re drunk, where can we lie down?

Profound questions like this were beyond his pay scale and the province of those in the court. As instructed he charged them with burglary. They’d been remanded on bail and he remembered seeing this one walking down the road in the direction of his distant home. His mate and his mum had long driven past him; a term of their bail precluding further association.

It had been no surprise to him when he hear the young fella hadn’t turned up to Court. The other boy’s lawyer had indicated the matter was going to be transferred down the line. He was with his uncle and was going into the army.

He drove out slowly to the village, his speed decreasing the closer he got to his unpleasant task. He never liked this part of the job. He’d started wearing the uniform because he wanted to help people. He wanted to back them up in times of need or when they needed support against the villains and their lawyers. But he didn’t feel he was helping anyone as he pulled-up. But he, it was a job.

The kid was on the porch and had been expecting him. He’d tried to hitch a ride, but after a couple of hours with no success, he’d given up. He’d known a warrant for his arrest would have been issued.

Now, after a night in the cells, he was facing the grey man through the Perspex.

The lawyer, a man with eyes as grey as his face and suit, looked down and murmured something as his client, stared, incredulously. “What else is there to do down there but get drunk on the beach? There’s no jobs, there’s no bus, no train, no waka….pfffffft.” He flapped his hand dismissively, his nails clipping the scarred Perspex in front of him and making the lawyer lurch back with fear.

Now that he’d failed to turn up, bail was going to be an issue, the kid was told. But if he pleaded guilty to the burglary, the Police would withdraw the charge of not turning up at his appointed time. His first time in the cell hadn’t been so bad. He’d been drunk and had slept through most of it. But last night he’d slept little as he worried what might become of him.

How the Hell was he supposed to get to court? Yes, he did look scruffy and, yes, that might not help him in his quest for a lift from a stranger into town, but what else could he do? The lawyer, sitting back a little from the Perspex now, told him that if he said that to the judge, he’d be remanded in custody. If he couldn’t be trusted to turn up to court, no matter what the reason, he’d be off to jail today.

On the other hand, if he took the deal on offer from the Police, it’d be all done and dusted today and there’d be no need to come back. The boy’s name and village said much about him to the duty lawyer. Indeed he’d acted for his father in the past. After the job losses, there’d been a lot more crime in the district.  There was no doubt in the duty lawyer’s mind that this young person was going to be a repeat customer. “It’s hopeless,” he thought to himself.

Fifty hours community work was swiftly imposed by the judge after he pleaded guilty. He was out the door and on his way back down the lonely highway home. With no transport and difficulty hitching a ride he had trouble doing his community work. It was 26 kilometres to where the Commmunity Work van did a loop to bring the town’s miscreants in to do their hours. He missed it once and got told if he missed it again, he’d be off to jail. Before long, the cop took the drive out to see him and drove him back into town. He had to finish his impossible community work or take a trip to jail.  He chose the latter.

The same grey-faced lawyer “helped” him with this. As the lawyer left the court, he sparked up the trusty Camry and began the drive back to the city where he lived. He remembered the time he and his buddies had been snapped for stealing booze out of the back of the cricket club when they were at school. They’d been too drunk to run. Their families had gathered around them and a common plan adopted. He had an uncle who was a lawyer who’d helped out. He told the judge that his nephew was planning to study law too. The kind judge had leaned forward and told him that he was able to make one mistake like this, but, wagging his finger, never again.

He was discharged without gaining the conviction that would forever mark the lives of those not so lucky. He wondered about the difference between himself and the kid in the prison bus heading to the regional jail. After a while he concluded there was a difference between them to justify this disparity in outcome and he smiled. The difference was, he thought, there was never any hope for the boy from the seaside village whereas he, on the other hand, was destined for greatness. Anyone could see that.