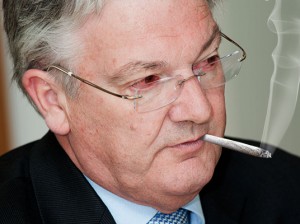 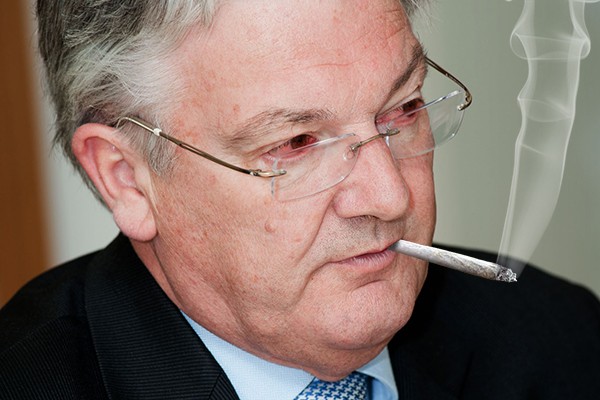 The lies this Government and many Government’s before it, have told NZers about cannabis are becoming so impossible to keep in place that even the man who has voted every time in favour of booze and tobacco has to reluctantly and begrudingly admit defeat…

Medicinal cannabis has been in the spotlight after former Council of Trade Unions president Helen Kelly, who has terminal lung cancer, said she was using cannabis oil from the black market and wanted sick New Zealanders to have more access.

Dunne told TVNZ’s Q+A he supported the idea of New Zealand hosting clinical trials for new products that could expand the range of medicinal cannabis options for Kiwis.

…when a great NZer like Helen Kelly has to become a criminal to gain cannabis for pain relief, you know the establishment have no choice but to give an inch, but after so many NZers locked up in prison, after so many abuses of power by the Police and after so much misery inflicted upon people for little more than smoking a joint, are we honestly so beaten down that we’ll simply accept this inch? 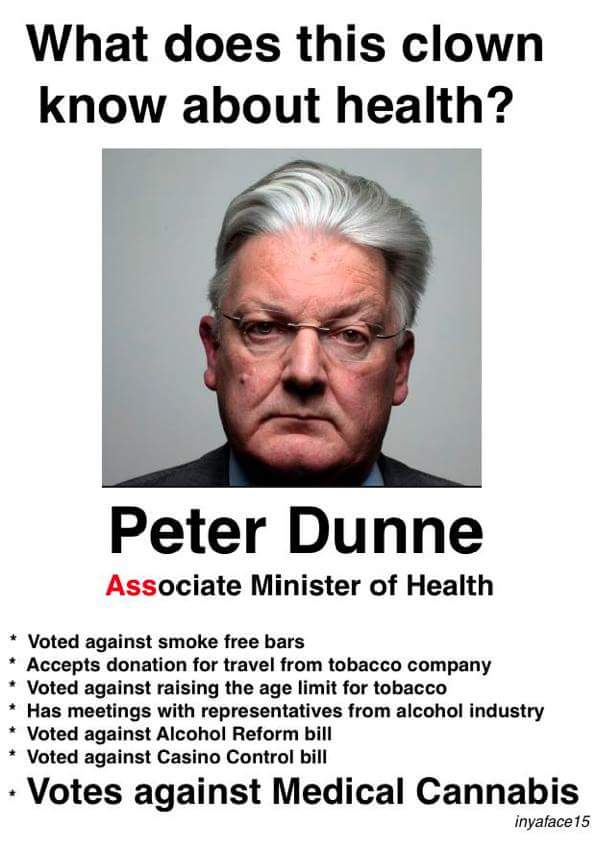 Medicinal cannabis is a no brainer and that it has taken this long for the Government to finally get around to admitting it is a reflection upon them, not the debate. The issue however is allowing pharmaceutical companies to move in and profit gauge. Cannabis in it’s natural form is a far better alternative than $1200 synthetics.

It is time to legalise and regulate the cannabis market, decriminalisation and medicinal cannabis are simply not far enough.

If we want to protect children and those under 18 from inheriting the negative impacts of cannabis, regulation will do far more than the current situation that has  tinny houses near schools will.

Let’s look at those numbers again…

In Colorado where cannabis is now legal and taxed, they are looking at a $125million windfall in taxation for 2015… 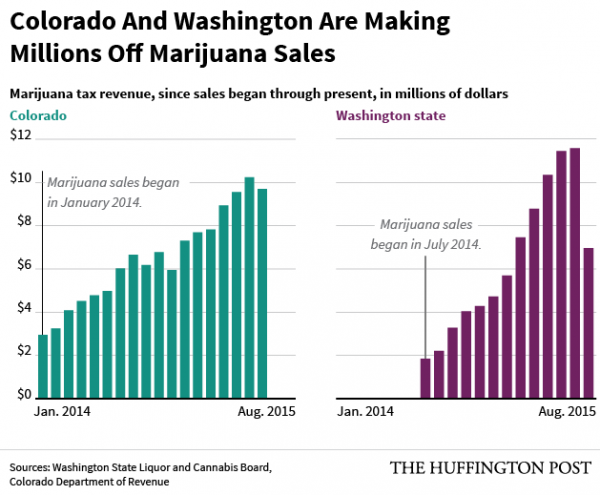 …and that’s on top of spending less policing it, less arresting people for it and less spent on incarceration. It’s a win, win, win situation.

For those still clinging to some sort of public health idea, turns out cannabis is 114x less damaging than booze…

Research published in the journal Scientific Reports calculated down the risk of death associated with common substances such as alcohol, marijuana, and other recreational drugs. According to the study, alcohol is the deadliest substance of all, followed by heroin, cocaine, tobacco, ecstasy, and meth. All the way at the bottom of the list is cannabis, which is about 114 times less deadly than alcohol, according to the findings.

…it’s just painful that we can’t legalise cannabis and even more painful that we have to put up with the nonsense that prohibition is about our health when this government rams through Parliament legislation to allow the pubs to stay open 72 hours for the Rugby World Cup.

We are a nation of full blown drunks with all the political maturity of a can of coke. It is booze, tobacco, sugar and fast food we need to re-regulate in a meaningful way if health concerns are the issue and cannabis needs to be regulated if we want to stop being hypocrites.