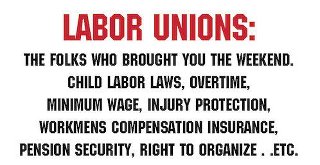 Labour Day in New Zealand is meant to celebrate the fight for an 8-hour working day.

That struggle has roots going back to when the first ships arrived in New Zealand with people wanting to begin a new life in the colony.

By that time the industrial revolution was in full swing and the horrors of unregulated working days was being reflected in stunted growth and early death. Child labour was common and the working day was usually 10-16 hours a day for a six-day working week.

Early socialist thinkers like Robert Owen in the UK had popularised the idea of 8-hours work, 8-hours rest and 8-hours play as a basic right in the early 1800s. Karl Marx saw it as of vital importance to the workers’ health, saying in Capital: “By extending the working day, therefore, capitalist production…not only produces a deterioration of human labour power by robbing it of its normal moral and physical conditions of development and activity, but also produces the premature exhaustion and death of this labour power itself.”

One early emigrant on the Ship Duke of Roxburgh in 1839 was a carpenter and joiner by the name of Samuel Duncan Parnell. He had previously worked in a large London joinery establishment with co-workers he described as “a lot of the most red-hot radicals”. At the time in London, 12 or 14-hour days were standard. Reducing working hours was an issue and Parnell refused to join a union established at the time because it wouldn’t make the issue a priority.

The Encyclopaedia of New Zealand Te Ara explains what happened next on Parnell’s voyage to New Zealand:

Among Parnell’s fellow passengers was a shipping agent, George Hunter, who, soon after their arrival, asked Parnell to erect a store for him. ‘I will do my best,’ replied Parnell, ‘but I must make this condition, Mr. Hunter, that on the job the hours shall only be eight for the day.’ Hunter demurred, this was preposterous; but Parnell insisted. ‘There are,’ he argued, ‘twenty-four hours per day given us; eight of these should be for work, eight for sleep, and the remaining eight for recreation and in which for men to do what little things they want for themselves. I am ready to start to-morrow morning at eight o’clock, but it must be on these terms or none at all.’ ‘You know Mr. Parnell,’ Hunter persisted, ‘that in London the bell rang at six o’clock, and if a man was not there ready to turn to he lost a quarter of a day.’ ‘We’re not in London’, replied Parnell. He turned to go but the agent called him back. There were very few tradesmen in the young settlement and Hunter was forced to agree to Parnell’s terms. And so, Parnell wrote later, ‘the first strike for eight hours a-day the world has ever seen, was settled on the spot.’

Other employers tried to impose the traditional long hours, but Parnell met incoming ships, talked to the workmen and enlisted their support. A workers’ meeting in October 1840, held outside German Brown’s (later Barrett’s) Hotel on Lambton Quay, is said to have resolved, on the motion of William Taylor, seconded by Edwin Ticehurst, to work eight hours a day, from 8 a.m. to 5 p.m., anyone offending to be ducked into the harbour. The eight hour working day thus became established in the Wellington settlement. ‘I arrived here in June, 1841,’ a settler told the Evening Post in 1885, ‘found employment on my landing, and also to my surprise was informed that eight hours was a day’s work, and it has been ever since.’ The last resistance was broken, according to Parnell, when labourers who were building the road along the harbour to the Hutt Valley in 1841 downed tools because they were ordered to work longer hours. They did not resume work until the eight hour day was conceded.

However, there were no unions or laws that could enforce the practice for most workers. Whilst it remained a condition in most trades where labour shortages often prevailed and the building industry it wasn’t able to be extended to other workers in the new colony.

Within a few decades however unions began to be formed and agitation grew immediately for the establishment of a legal workday of eight hours. They became part of an international movement to limit the working day.

Women and children got a ten-hour day in England in 1847. French workers won a 12-hour day following a revolution in February 1848.

Te Ara picks up the story:

Agitation for the eight-hour day spread throughout the industrialised world in the 1880s. On 3 May 1886 a workers’ eight-hour strike meeting in Chicago was fired on by police. The following day, at an indignation protest in Chicago’s Haymarket Square, a bomb was thrown, killing and wounding a number of policemen. Although the bomb thrower was never identified, eight anarchist labour activists were arrested, charged and convicted of conspiracy to murder. Four were executed, while one committed suicide in jail.

At an 1889 international labour congress in Paris, 1 May was adopted as a date to both demonstrate for an eight-hour working day and to commemorate the ‘Haymarket martyrs’. Since 1890 the celebration of May Day as the workers’ day has been adopted in a large number of countries. In New Zealand, however, Labour Day is held on the fourth Monday in October.

New Zealand’s October Labour Day also has its origins in the 1880s eight-hour movement. In 1890 the Maritime Council, consisting of the powerful transport and mining unions, called for a ‘labour demonstration day’. The day was to celebrate workers’ trades and to promote the eight-hour day. The date chosen, 28 October 1890, was the first anniversary of the Maritime Council’s foundation. The council itself did not survive the year, being destroyed in the collapse of the 1890 maritime strike. Despite this set-back, the Labour Day demonstrations were a huge success in many parts of the country. Large processions were held in Dunedin, Christchurch and Wellington, with the 80-year-old Samuel Parnell leading the Wellington parade.

Today, these early struggles are more relevant than ever. In New Zealand there is no legal minimum anymore. “Flexibility” became the watchword for employers in the 1980s and many of the measures that protected workers from being forced to work excessive hours were removed.

The Minimum Wage Act references a 40-hour 5-day week but we no longer have time and a half penal rates for work in excess of 8 hours in law like they still do in the US. Many industries like security operate on a 12-hour day, 6-day week much like we had in the 19th century.

Other workers subsist on zero-hour contracts and remain working far fewer hours than they want and need. Over-work for some and under-work for others remains a feature of capitalist freedom.

The labour movement should take Labour Day back as a day for fighting to regain legal regulation of the work day. Penal rates should be restored for overtime and weekend work in law. Zero-hour contracts should be outlawed. Everyone deserves regular secure rosters and shifts. No employer should be hiring new staff without offering hours available to existing staff. Full-time work should be the preferred option.

A fighting labour movement mobilising workers in their tens of thousands for fundamental changes to the existing order is where Labour Day and May Day came from. If we can regain the fighting spirit we may be able to reclaim the day as well. We would then have something to truly celebrate.