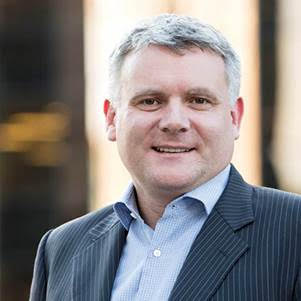 MATTHEW HOOTON runs a PR company, Exeltium. His clients include some of New Zealand’s largest companies. Joseph Stiglitz, is a winner of the Nobel Prize for Economics, and he recently told the readers of the New York Times, that the Trans-Pacific Partnership (TPP) is “an agreement to manage its members’ trade and investment relations – and to do so on behalf of each country’s most powerful business lobbies.” Do you think, perchance, these two events might be related?

In the fortnight since the deal was done in Atlanta, Hooton has been all over the media (social as well as mainstream) with his analysis of the TPP. The essence of what he’s been saying is that both the proponents and the opponents of the TPP are guilty of grossly over-selling its content. The free trade boosters claimed it would usher New Zealand into a land of milk and honey (or, at least, a land of milk powder and beef) while the fair traders claimed to see the Four Horsemen of the Apocalypse galloping over every ridge.

The truth, argues Hooton, falls somewhere in between. Moreover, New Zealand’s chief negotiator, the wily Tim Groser, determined to preserve this country’s bipartisan approach to free trade issues, was at some pains to bring back an agreement that met (more or less) the Labour Party’s famous five TPP preconditions.

“What’s not to like?” is Hooton’s upbeat refrain. Groser’s deal is something both political parties can sign-up to with a clear conscience. In fact, adds Hooton, mischievously, if Labour had been smart, it would have claimed the whole thing as a triumph. “By standing firm on our five preconditions,” Andrew Little could have said, “Labour gave Groser no choice but to bring home the bacon. So, what’s everybody waiting for? Fire up the barbie!”

Now, this is spin of a very superior sort: carefully crafted to calm people’s fears about the TPP, and convey a sense of cautious optimism about its content. The National Government comes out of it looking good – but also humble. Because, after all, it had to fashion a deal that Labour could live with. And Labour? Well, if the Left had only possessed a modicum of common-sense, it could have come out of this whole thing smelling of the finest red roses. That Little and his team have managed to cock things up so comprehensively is just … astonishing!

So, why hasn’t the news media made a determined effort to discover whether this excellent line in pro-TPP spin is nothing more than Hooton’s personal thinking on the matter. Just his idle cogitations, which, as a good citizen, he feels duty-bound to share with the rest of New Zealand. Or, whether he’s actually acting on behalf of a client?

Because if, just for the sake of argument, I belonged to the New Zealand United States Council, a body committed to “fostering and developing a strong and mutually beneficial relationship between New Zealand and the United States.” And if, as an American member of the Council, I was a strong “advocate for the expansion of trade and economic links between the two countries including a comprehensive free trade agreement achieved either bilaterally or in the context of an expanded Trans-Pacific Partnership Agreement.” Well, you know, I would feel like Exeltium, and Hooton, were really giving me great value for my money.

Not that I have any way of knowing who – if anyone – has contracted Hooton to sell the TPP to an apprehensive New Zealand electorate. But, if I were the editor of a major New Zealand newspaper, then I’m pretty damned sure I’d be asking one of my best reporters to find out.