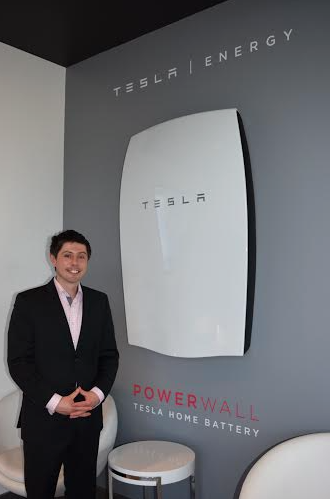 I’ve seen the future and it’s electric! Over the October Parliamentary recess I travelled to Oregon and California for a personal study tour and discovered we have some way to go towards clean energy, electric vehicles and a smart grid. I learnt that New Zealand has much the world desires, like our 80% renewable electricity percentage but when it comes to progressive policy initiatives there isn’t much reason looking to our National Government.

I designed the study tour around the themes of clean energy and internet innovation. Often they are portrayed as different areas but it’s harder to tell the two apart with energy companies finding themselves needing to be data-driven tech companies and traditional Silicon Valley companies getting involved in electricity production and storage. I wanted to meet the key players involved – the entrepreneurs, the researchers, the academics, the environmentalists, unionists and regulators to bring home new thinking and a more international perspective. I believe a richer future for New Zealand is in areas like clean tech, the Internet economy and innovation and I’m looking forward to working with members to discuss some of the policy ideas we could incorporate.

A real highlight was a meeting at Tesla, the Silicon Valley electric car and battery innovator on the day they launched their exciting new Tesla X car. Ironically this was also the day National agreed to purchase polluting diesel crown cars unlike the Tesla S Russel and I launched as an Greens-in-Government position last Election. Tesla truly is a disruptive company and is shaking up the automobile industry with their electric vehicles and the electricity industry with their lithium-ion battery, the Powerwall. It was inspiring to meet people with such an ambitious vision to change the way we drive and use power and I tried my best to encourage them to open an office and research and development facility in New Zealand! Another highlight was meeting and touring Enphase Energy, the world’s second largest solar inverter company. Two years back I had encouraged them to access research and development grants in New Zealand and I was proud to learn of the almost two dozen new R&D jobs they had created in Christchurch and their exciting new smart grid products.

The trip was a real ‘buzz’ and discussing the transformation and disruption of the energy sector with renowned experts was electrifying. Electricity isn’t the sleepy old industry of years ago and now it’s at the frontlines of the new sharing economy, the sharp edge of reducing emissions and utilities now need to think like a Google, or possibly be taken over by a Google.

As someone who has a vision to reduce the 20% of emissions and $8-9 billion we spend importing oil for transport in part through electric vehicles it was incredible to see the EV incentives in place. There are state and federal credits towards purchasing a new car up to $10,000, charging networks across California and even an EV tourist wine trail with charging stations in Oregon. If I’m honest, the study trip wasn’t all stimulating meetings, a big chunk of it was a self-drive tour of the freeways of California out of necessity, but as a bit of an old boy-racer I loved speeding past 8-lane jammed up traffic in the High Occupancy Lanes which as another incentive, were available to electric vehicles and hybrids. A question I thought we should ask, should we allow access, maybe only for the first 5000 electric cars on our roads to utilise bus lanes as part of transitioning and making more desirable zero emission vehicles?

I was repeatedly embarrassed when the people I met asked what incentives we had for EVs in New Zealand, particularly after they enviously learnt of our 80% renewables rate and all I could say was ‘Well, we don’t charge them the diesel tax (the RUC) but that’s all, and it’s no surprise we have more Russian Lada’s on our roads than EVs.’ While California is trying to electrify their transport networks to reduce greenhouse gas pollution and smog many experts I spoke to were staggered that we were looking at de-electrifying our main trunk rail line and removing Wellington’s clean electric trolley buses. I even met with the former commander of the Pacific fleet, retired US Navy Rear Admiral Len Herring, now head of the Sustainable Energy Centre who told me bluntly New Zealand would hurt when oil prices rose if we kept ignoring clean energy solutions.

EVs can save money and carbon for commuters but what I was really interested in was the electricity storage and discharge ability they bring. Meeting scientists at the University of California Los Angeles I accessed state of the art research and learnt in a few years it will be possible to store power – maybe from solar or off the grid at cheap rates – in the car (obviously to use) but also to use to power the home at a time of choice or to feed into the grid at expensive peak rates times. For a nation like New Zealand it’s our peak demand time (winter evenings 5-7pm) that drives cost and carbon usage and also least able to be assisted by solar but if we could store electricity either in a Powerwall, an EV or other form of battery it could bring huge national benefits in reducing costs, getting to 100% renewables but also increase customer control as part of the new energy sharing economy.

They say being an MP is the best education into your country and over the last two weeks I’ve also found it can be a great education into innovation in other jurisdictions. I just can’t wait until we see a progressive Government in New Zealand and we can have MPs from around the world visiting us to learn of the great policy steps we have put in place in New Zealand.