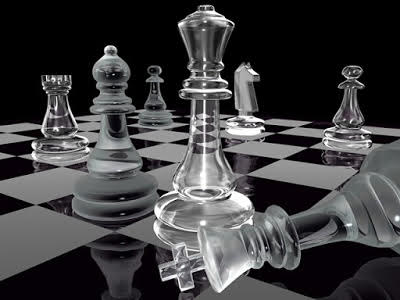 In recent postings, Chris Trotter has raised the spectre of the ‘deep state’ (Securing “Buy-In” For The TPP: The Deep State Takes Over) and of what might be called the ‘terror state’ in Turkey and elsewhere (State-Sponsored Terror? What can New Zealanders learn from Turkey’s tragedy?).

Is ‘the state’ becoming a bogey for the political left as well as for the right? And is it a useful concept, or something that means quite different things to different people?

Interestingly, the Wikipedia page for ‘Deep State’ lists this as a Turkish concept that has spread to other contexts (Egypt and the USA are cited). Trotter however is extending the concept, quite appropriately I think, to the global deep state.

Arguing about whether the ‘deep state’ exists is a bit like arguing about whether God exists; it soon becomes an argument about the meaning of existence. I will simply use the economists’ tricks. We may note that some things make sense if we simply assume that the deep state exists. Or we may claim power in the world unfolds ‘as if’ there was a deep state. Thus the ‘deep state’ is a useful working concept, whether or not you can measure it or photograph it.

There are four words that are sometimes used synonymously, but which have distinct though variable shades of meaning. To make progress towards a better world and better governance, we need to be cognisant of the variations of meaning of these words, and their normative connotations.

In the eighteenth century – with the new liberalism of The Enlightenment – the word ‘state’ began to displace ‘sovereign’. Sovereigns – meaning Kings – were getting weaker as the machinery of the wider public sphere was getting stronger. Classical economics came to use the concept of ‘state’ as an increasingly menacing spectre of corrupt tax-funded military power supplemented by the rents of the widening band of privileged plutocrats – landlords and commercial ‘monopolists’ with royal privileges – who conflated the public interest with their own private interests.

To the next layer down – the capitalists proper, the emerging bourgeoisie – the power nexus above them was an interest that included pre-democratic government and the conservative estates of power, the aristocracy and the established church.  (The fourth estate, the mainstream media – at its core – has always been a force of the established wealth-power nexus; not really society’s critic and conscience.) Over more recent time, the added components to this nexus were the financial institutions that concentrated and protected financial wealth, and the bureaucracies.

Left-libertarians like Chris Trotter naturally see the state in these menacing terms, and emphasise the substantial power of its social networks over the relatively inconsequential (and easily won-over) power of its elected representatives. Those economic liberals on the political right however see ‘the state’ much more as some kind of economic vacuum cleaner, sucking up resources that might otherwise be used in the pursuit of great private initiatives. The neoliberal right believes in a powerful but small state, with the protection and enforcement of private property rights as its central raison d’être. The neoliberal state is a state of law enforcement, not a state of service provision.

In the mid-twentieth century we saw the emergence of the ‘Keynesian state’, with its substantially expanded economic role for government, its tendencies towards economic equalisation, and its complementarity with the capitalist market economics. As ‘the state’ became more benign – and saved capitalism – it also seemingly became much bigger. For the left, the state lost its pejorative connotation, while for the economic right, the state – no longer a vehicle for establishment privilege – became a menace to private interests; allegedly because of its growing size, but probably more because of its democratic accountability.

The Keynesian state was overthrown in the 1980s. In its place was the tight monetarist state. The first explicit manifestation of the tight monetarist state was probably in Chile in 1973, where there was a politically easy Marxish target in the form of Salvador Allende. The overthrow of the Whitlam government in Australia in 1975 represented the first stage in the more gradual creation of an Australian power-state that is now quite overtly baring its teeth in a way that is not completely dissimilar to the Turkish situation which Trotter writes about. Chris Trotter has also written recently about the covert revolution that took place in the United Kingdom through the 1970s (Revolution In The UK? Jeremy Corbyn and the Matter of Britain).

Two other manifestations of the overthrow of the Keynesian state were cheered loudly – at the times – by the left. Indeed I am quite fascinated by the similarities between Richard Nixon and Robert Muldoon. Both were committed Keynesians who achieved much, as Keynesians, but who, through their aggressive political personalities, made the neoliberal narrative of the oppressive state receptive to wide democratic audiences. Their personalities facilitated a neoliberal counter-revolution that was quite antithetic to the very public – neither statist nor elitist – values of Nixon and Muldoon.

The Roger-gnomes – the victors of the 1984 revolution – rubbed in their success by using the word ‘state’ as a synonym of ‘public’, as in ‘state-owned’ aka ‘publicly-owned’ aka ‘government-owned’ enterprises such as Telecom and Electricorp. And the hospitals became ‘Crown-owned entities’, run on similar lines to corporations about to be privatised and oligopolised.

This century ‘the state’ everywhere becomes stronger as governments become weaker. And the deep global anti-democratic state is a concept worthy of serious discussion. While it may be said to have commenced with the ‘Washington consensus’ of the 1980s, Karl Marx and his disciples saw it as a significant and growing entity during their lifetimes. An important work about global finance, published in 1910 (just before the unravelling that began with World War 1), was Finance Capital by Rudolph Hilferding.

The way out of the ‘state’ conundrum is for the third and fifth estates (common people, and non-mainstream-media) to develop positive concepts of publicness divorced from ‘the state’; concepts that reinforce the idea that the state is an informal plutocratic rather than a formal democratic institution. In the process, the concept of ‘government’ needs be rescued as a committee of the people rather than as an instrument of intrusion and surveillance. Government should be foremost of ‘demos’, not of ‘polis’.

The ‘public’ is an economic interest (indeed the ‘sovereign’ interest), just as capital and labour represent interests. It is an equity partner embedded within market-based economies. The ‘left’ began when ‘Whig’ capitalists challenged the ‘Tory’ landed establishment. Around the late nineteenth century, following the revolution of industrial capital, the capitalists became the powerful ‘right’ and the emergent force of labour became the left.

Today labourism has become a casualty of its brief twentieth century success. The left needs a new interest to champion. The new dichotomy is ‘the public’ versus ‘the state’ (not ‘the market’ versus ‘the state’). Although the public is inclusive of the powerful as well as the powerless, the state nexus since the 1970s has been largely exclusive of the public interest, while diminishing its delineation of who ‘the public’ is. We only have to look across the Tasman Sea, to witness that process in action.

In New Zealand the adoption of proportional representation (MMP) in the 1990s was a victory for the public. The global trend however, I sense, is still a deepening and narrowing of ‘the state’; the prevalence of an anti-democratic global state with a western bias towards the protestant values of financial accumulation and busy-ness.