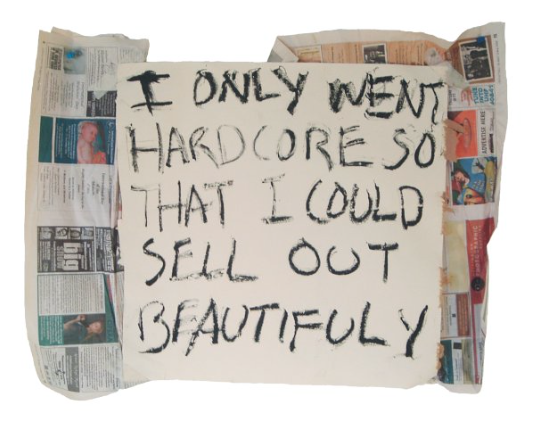 It seems to me that the real political task in a society such as ours is to criticise the workings of institutions, which appear to be both neutral and independent; to criticise and attack them in such a manner that the political violence which has always exercised itself obscurely through them will be unmasked, so that one can fight against them.

Did you hear about this department, an infrastructure, institution, some organisation that has eight different branches in NZ alone. Hundreds of employees and is given hundreds of millions of dollars by the NZ Government to care? Care about the issues you and I are too exhausted to care about. Care about the details of complicated arguments like democratic economic transparency, free speech and what not. Isn’t this fantastic news, that they exist! Universities.

You are humbly being asked, University Fine Arts Staff, to do the job to which you are legally bound. Overtly promote the academic sponsorship of your work where it is reasonable to assume that there is a mutual benefit going on. Be the standard you are meant to uphold. Stop with the funeral music spin and join the rest of us in the real biz. Don’t leave Jane Kelsey and Mike Joy as the radical margins, when they are the central standard a university employee must demonstrate so that their place of employment can enjoy the stature and responsibility of being called a university. This standard you have simply dropped, pick it up. Across the board raise the bar, this you are asked to do. It’s a job.

In contrast, five years ago today, my partner, a brave group of volunteers and I launched “The Beneficiary’s Office”, a full frontal attack on the self interest vacuums in our community, that a very lack of visibility on issues like democratic economic transparency have created. Instead of departments working for the betterment of NZers, we saw that they had instead become a hierarchical tool for inflicting pain, misinformation and hate. I wanted to see what a Public Relations office might look like if it actually worked on behalf of its clients – the public. For three weeks we kept ourselves and our stories in the mainstream media, with little more than being prepared and having a plan. And despite the numerous threats, two involving death, not one thug had the courage to turn up and see us.

But why should a beneficiary getting more public money to make art be such a turn on? (and why would people want to turn on him?) It’s not like we don’t see this everyday, right? (Oh we don’t, that’s your point, maybe just the, “so rich I can afford to take a hit” crew, but not the ordinary civil service types, paid to deliver a job. No they are not allowed to be political unless its economic capitalistic hegemony, then you’re guaranteed to keep your job right?).

When the camera’s left then their nuttiness got murky. I spent a year sitting on edge, with a psyche prepared to face a trial at the drop of a day’s notice. There were two internal WINZ court cases, and one that seemed higher up. Without any notes I was expected to perform the intricate details of my case, rendered in the perfect authentic emotional indignation. To defend myself I was worn deliberately out. Without paid for legal support, against professional lawyers in an all pervasive negative context endorsed by mainstream media, where it was considered fine to punish me for being on the dole and having a part time job, which the “Beneficiary’s Office” was.

And when being offered yet another job, caused WINZ to administer further sanctions against me for what they considered an “interview fail”! I couldn’t help wonder about the other end of the social pyramid. Those culturally esteemed artists, people working on the Govt. rag who appeared to have no laws governing their behaviour, and certainly no one breaking laws to appear as if they are enforcing them. Who are these people? I was, for a short while, amongst the ranks of the University Fine Arts employees.  I had a casual part time gig, that barred me from any funding perks for research projects, commodity production, publishing and the like of the permanently staffed, But I could hear them complain about it.

Turns out we do have laws that govern their behaviour * and it couldn’t be more important as the law defends their right to a whole range of niceties : free speech and choice. The right to say and choose what you want while keeping your boss happy is of national interest needing a national level discussion that all of us get to see. And that could happen if art sponsored by the taxpayer was promoted transparently and not just to the art crowd. This is what we did with the “Beneficiary’s Office” made our public funding transparent.  In the front lines of Democracy that we the general public have paid for, we have not had our most talented voices with their shoulders to the wheel. Individual works may be critical, but without the picture being painted of a collective group existing, these critical conversations don’t happen. And a vacuum is formed where leadership should be. The needless suffering inflicted at WINZ, that welfare for the poor, is what the rich on welfare, the University employee, should care about. 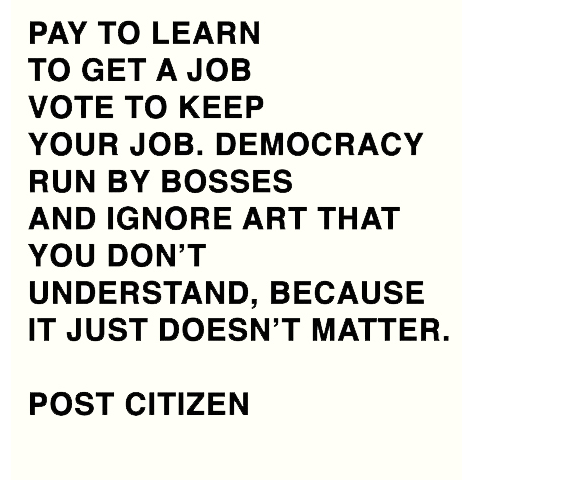 The Role of the Arts in Universities

We have a standing army of symbol makers, image hackers and knowledge cranks who are paid by a system that for the last 26 years has required that staff “accept a role, as critic and conscience of society”. Now when people have heard this phrase (in the last four years of my discussing it), emphasis has fallen on the “critic and conscience” part. Which I have contended is possibly a default position or at least of little relevance as it can not really be measured. The guts of the matter is in the ‘acceptance of a role”. If this is not a public role, like in the one we made in the “Beneficiary’s Office”,  then what is it? If this is not a public role that we the public have indeed a great deal invested in both financially and socially, then what is it?

That our democratic institutions may be accused of pro-democratic propaganda by admitting that they are paid to stand publicly about the TPPA, hungry kids, state housing, and even education itself, is no reason that this should not still be done. Is an artists embarrassment that s/he has a day job really worth our collective theft of community leadership? And what of the standards of transparency that ought to guarantee participation? An authority based on scholarships reasoned routine and public debate? Why can’t we just ask them to do the job, emotionally inflated or deflated? Do we employ those who can?

The best defense is a strong offense. Why are our Arts struggling to survive? No sense in that! Art Market proves to be beyond any global recession, book sales have never been higher. Yet looking, listening to our departments you’d think there was a permanent funeral going on. And just what has died? Cause something has, there’s a massive stink. Let’s take for example;

Now some of these people make commodities traded in an exclusive market where access and commercial legitimacy are closely guarded secrets. But basically to enter you need money, money to invest in time or materials to get you a commodity that will be accepted. It’s near impossible for contemporary artists to sell enough to live on in NZ, given our small population, so it’s no surprise that a great deal of our most successful artists are those that work for our Universities. That these people enjoy a level of investment (as in very-respectable salaries) that separates them from the herd is their privilege.

But what I have been trying for the last four years to catch fire to, is that while we are paying postcolonial colonialists and University faculty member Prof. Michael Parekowhai, who the liberal left love;  a million odd dollars, for himself and his dealer. Surely our investment has some serious strings attached. Think of the way inventor’s work for companies like 3M: they get salaries to perform a task. If they were to uniquely profit from doing their job you would need to distinguish such an event, from their employment. The importance of the public visibility of that sponsorship, ownership, and responsibility; behind the Academic artists’ commodity, is staggering. 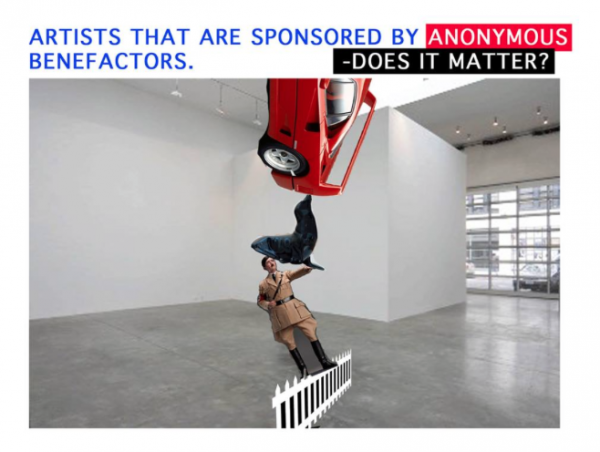 Out here on the edge it’s amazing how quickly a shrill voice in distress loses interest. The squeaky wheel gets the grease? Not recently. Instead of being the centre of a bread and butter democracy if feels  that a better society no longer seems the point when criticism, the fuel of democracy, is dominated and defined by market capitalism and demoted to merely complaining. The hypnotic chanting of the resource war and all the others going on, legitimise the ‘get for yourself before the getting’s all gone’ backdrop of tragedy used to steer criticism into an irrelevant pile. Not as important as the war at hand. What keeps me going are pictures of people in openly declared war zones, that continue to stand up for their principles. If they can, so can we.

If our artists are allowed to continue to not publicly “accept a role as critic and conscience of society, if this vulnerability is not supported visibly in our communities –  what are we left exposed to? What are we over run with? What is really being taught?  Where is the strength that we are paying for?

Tao Wells is a New Zealand artist and community conceptualist, whose work is known for its critiques of established systems of power and value. His 2010 work “The Beneficiary’s Office” was managed by his creation of a ‘Public Public Relations’ organization called “Wells Group”. The performance was part of a larger series of temporary projects curated by Letting Space in Wellington. “The Beneficiary’s Office” was controversial in its promotion of the opportunities and benefits of unemployment in an effort to criticize contemporary ideas of work.