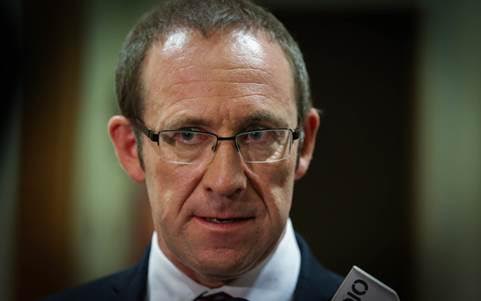 THE STRATEGY SEEMED SO OBVIOUS: Seize upon the one issue around which the three principal opponents of the Key Government could unite and win the 2017 election. The Trans-Pacific Partnership Agreement (TPPA) was not only philosophical Kryptonite to Labour, the Greens and NZ First, but, once ratified, it would constitute a position from which National and its allies could not retreat. John Key, the master of the policy flip-flop and the 180 degree emergency hand-brake turn, could not resile from or repudiate the TPPA. Not without losing face – and credibility – in front of the whole world. Meanwhile, Labour, the Greens and NZ First would march to victory on a road paved with the TPPA’s odious concessions and unreasonable expectations.

Labour and the Greens are reforming parties and, in its own strange fashion, so is NZ First. The TPPA is designed to prevent political parties from reforming anything. That is why, philosophically-speaking, the agreement is Kryptonite to all but those parties dedicated to advancing the Neoliberal cause.

When John Key and the Trade Minister, Tim Groser, reassure New Zealanders that they can’t envisage any circumstances where the Investor/State Disputes Settlement (ISDS) provisions would be enforced against a New Zealand government, they are, in a dishonest sort of way, telling the truth. A National-led government is never likely to renationalise the banks and insurance companies; establish a NZ Residential Construction Authority, strengthen organised labour; introduce tough new measures against climate change; clean up our rivers and streams; or revitalise public broadcasting. So what possible reason would the big transnational corporations have to invoke the ISDS provisions of the TPPA against it?

But a Labour-Green-NZ First coalition government, pledged to implement every one of the above policy initiatives, would constitute a clear and present danger to the profits of transnational capital. Resolving the resulting ISDS claims, brought against it under the TPPA, would cost a reforming New Zealand Government tens – quite possibly hundreds – of millions of dollars. In other words, you can have a Labour-Green-NZ First government dedicated to meaningful social and economic reform, or, you can have the TPPA, but you can’t have both.

The question Labour Party members need to ask themselves, now, is both quite simple and quite scary: “Is our party still committed to meaningful social and economic reform?” Because, if Labour remains a party dedicated to the uplift and empowerment of the marginalised and exploited members of our society, then it cannot possibly accept the TPPA in its current form. And yet, Labour’s current leader, Andrew Little, speaking on Radio New Zealand’s Morning Report on Tuesday, 13 October 2015, declared the TPPA to be something that Labour “is not in a position to oppose”. The National Government, he said, had “committed” New Zealand to the TPP. So, it simply “doesn’t matter what we say and do” because “we’ve got what we’ve got”.

It is difficult to interpret those words in any other way than as a declaration that Labour does not intend to fight the 2017 General Election on the issues of national sovereignty; the health of our democracy; citizens’ rights in the workplace; environmental sustainability; the state provision of affordable housing; or a comprehensive reform of the news media. Nor does Mr Little appear to either understand or endorse the obvious strategy of building a united electoral front around these issues. A strategy which would, simultaneously, highlight the role the TPPA would inevitably play in attempting to stymie such profit-threatening reforms.

Not that Mr Little was without a strategy on Tuesday morning. His proposed way of dealing with the TPPA was to see it ratified; to assist the National Government in bringing New Zealand’s laws into conformity with its provisions; and then, upon becoming the Government, simply “flout” those TPPA rules which conflict with his government’s plans.

As a gift to Labour’s political opponents, this strategy is hard to beat. No responsible political party loudly announces to the world that, if it wins office, no other nation should place the slightest trust in their country’s solemnly given word. Such behaviour would turn this country into an international pariah.

Not that it’s likely to happen. From now until the 2017 election, National will use Mr Little’s words to shred Labour’s political credibility. Not only that, but Little’s decision to “flout” will also allow Mr Key to present New Zealand’s adherence to the TPPA as a matter of national honour. Labour will be made to look like an untrustworthy bunch of thieves and liars.

Among the many problems associated with Mr Little’s performance on Tuesday morning was the fact that it took place several hours prior to the scheduled meeting of Labour’s parliamentary caucus – the first at which the previous week’s settlement of the TPPA could be debated. On the strength of discussions held the night before with his own advisors and the group (Phil Goff, Annette King, Grant Robertson and David Shearer) who’d accompanied him to a special, 2-hour, TPPA briefing session, organised by Trade Minister Groser, the Caucus’s agreed position on the TPPA (that it would not be endorsed if it failed to meet five carefully worded and non-negotiable conditions) was effectively overturned and the new policy of “flouting” the TPPA adopted.

Aspects of Groser’s special briefing raise several more worrying questions. Why was it not arranged to take place at a time when Labour’s shadow Attorney-General and spokesperson on trade and export growth, David Parker, could attend? Why was Andrew Little, on holiday for the previous week, not given time to catch his breath before being thrown in to such an important meeting? Was there contact between Goff, King and Shearer and Groser’s team in the run-up to the Tuesday briefing? And, finally, was any attempt made to involve the NZ Council of the Labour Party, or members of the party’s Policy Council, in discussions preparatory to the Tuesday briefing – or the change of policy that followed it?

Labour members have a right to know why it was that the obvious (and potentially winning) strategy of joining with the Greens and NZ First to campaign against the TPPA was jettisoned without the slightest input from either the Caucus or the Party, and replaced with a policy guaranteed to submerge the Labour Opposition in a self-inflicted deluge of derision and shame.