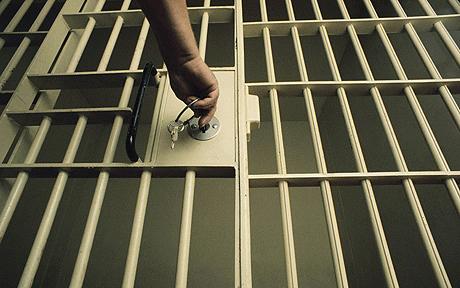 Recent breaches by prisons of Corrections rules relating to transgender prisoners indicate there is still systemic prejudice within the embattled organisation.

With mechanisms in place to ensure that even “undocumented” transgender prisoners can go to the prison that matches their gender, it should be easy to avoid the horror of the prison rape of trans women by men. But despite the window-dressing legislation change from more than a year ago, continued efforts to block bids for trans equality are evident from this Government.

Recently there have been celebrations regarding the second anniversary of marriage equality in New Zealand. The question was posed: How far have we come?

After missing her appointment with Probation, the Judge was not impressed when she appeared in court for sentencing on a charge of shoplifting. Increasing the incentive for her to comply next time, he made it a term of her bail that she attends at Probation the next day. A hand around her upper arm guided her through the door in to the cells while she waited for her bail bond to be prepared.

Ushered quickly into a cell, her eyes slowly grew accustomed to the dark. In the corner was a large man who, used to the dark, had already assessed and commodified her. He got to his feet and knocked her to the ground with a heavy open-hand blow to the temple. As she lay on the floor of the cell he removed his tee-shirt so she could see his gang affiliations. His trousers, minus their belt, fell easily. He grabbed her by the back of the hair and pulled her forward. She knew not to resist. She knew she was lucky to get off this light. She knew the drill. It was all over in a couple of minutes, for him at least.

A few short years ago the then Minister of Corrections thought she’d cured the problem of trans prisoners by stating there were only three in New Zealand’s prisons.

Following Corrections’ own self-serving guidelines and regulations, the advice she received was based on a strict “physical conformity” test. Simply put, only those who’d had gender reassignment surgery to their genitals were recognised.

Meanwhile, what is believed to be a prison population of up to 30 trans prisoners languished in prisons that did not match their gender. The trans women in particular are almost universally the subject of sexual abuse and other violence. These were the people who hadn’t had expensive genital surgery, only available overseas. As prisoners, usually with records, their prospects of earning the money for surgery are slim at best, even if they are able to get a visa to travel.

For many it doesn’t matter so much; having lost every last shred of self-esteem, the downward spiral drift for her became an engulfing vortex.

Even in the USA, it’s recognised that denying trans people treatment while in prison is cruel and unusual punishment. But that didn’t stop New Zealand Corrections refusing her access to treatment once she was under its care. With policy specifically excluding the care she evidently needed, she felt she had no hope. Even on “segs” where she was supposed to be safe, she locked her cell from the inside 23 hours a day, wondering how she could get away, but realising that in her small provincial world where no one recognised her identity, she’d just be trading one prison for another.

Yes, outside was little better. Despite her clearly feminine presentation, no one respected this. Even her doctor completely ignored her evident need for, at least, someone to talk to. He gripped his Viagra pen and remembered the Pfizzer conference in Hawaii. Ah, those were the days. He prescribed her anti-depressants and warned her not to drink, even though he knew she drank until it didn’t hurt.

The ability to access medical treatment for trans people on the inside, or the outside is fraught with problems. For many, the only way to gain access is through the sexual health clinics of major hospitals. Even then, many are turned away and are told to access the minimum three month counselling privately, at their own expense.

That inhumane treatment of trans patients comes as no surprise to trans people. In a punitive society like New Zealand, we got recognised in the Sentencing Act, but are still seen as “controversial” – too much so for inclusion in the Human Rights Act.

The fight for rights hit the streets at Stonewall and alliances with homosexuals were formed, but half a century down the track, they’re celebrating with Pride. The lack of traction trans people have within the rainbow community, let alone the broader one is seen by many as nothing to be proud of.

Even though Corrections might have changed its regulations and policies, trans women are still housed with men and while legally they have a right to treatment, they’re being offered access to a service which doesn’t exist.

While trans women fought shoulder to shoulder with homosexuals for rainbow rights, there are many who see trans issues as having been thrown under the bus by a broader rainbow community blinded by its own fabulosity.

Two years on after marriage equality there is much to be happy about and much to celebrate.

Meanwhile a woman protests for her imprisoned comrade. There is no pride when this is being done to our community. But it’s not our community now. It’s pomp and pageantry – a celebration. Her arm is broken as she is assaulted by organisers and security. “Fucking tranny’s raining on our parade, darling,” they cry. No one is charged. Nothing is done.

How far have we come? Not very far it seems.