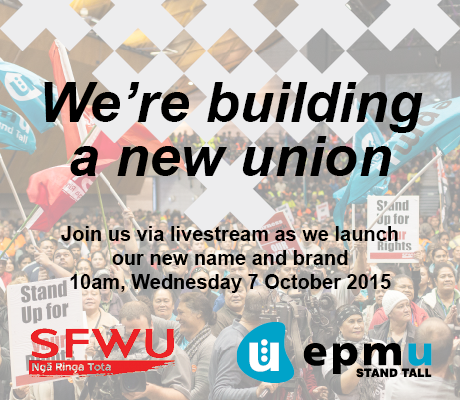 This week marks an historic moment for the union movement in New Zealand, with the launch of the new union formed from the merger of the Engineering, Printing and Manufacturing Union and the Service and Food Workers’ Union.

The new union’s name and logo will be revealed in Wellington attended by workers, unionists, politicians and community members.

The details of the launch are:

The co-presidents and national secretary of the new union will be available for interviews after the launch.

The new union will cover over 50,000 members in eight industry groups: