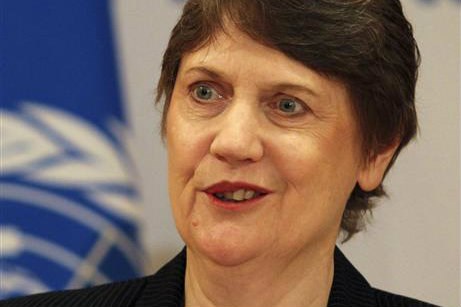 ‘In standing beside National Prime Minister John Key and appearing to endorse the Trans-Pacific Partnership Agreement (TPPA) Helen Clark has forgotten the most vulnerable New Zealanders who will bear the brunt of the government’s concessions to US demands, especially on medicines, and the rights of New Zealanders to decide our own future’.

‘It also puts her at odds with her own Labour Party’s position that it won’t support a TPPA that undermines New Zealand’s sovereignty, which the Prime Minister has already admitted it will’.

‘Clark’s statement suggests she has become too far removed from the realities and opinions of ordinary New Zealanders’.

‘There a mass of evidence that the poor and most vulnerable will lose from the TPPA, especially those who rely on affordable medicines – a view expressed by other UN agencies, such as the World Health Organisation, and UNAIDS.’

Last month ten of the UN’s special rapporteurs wrote a public letter expressing wide-ranging concerns about the impacts of agreements like the TPPA on human rights, including rights to health, health, culture, food, indigenous people, and democracy, and calling for a human rights impact assessment before any negotiations are concluded.