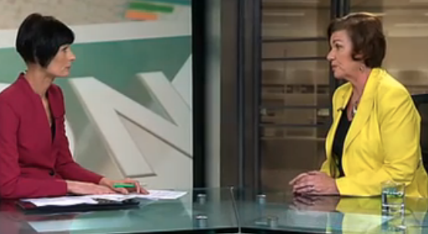 On past occassion, I have been critical of ‘The Nation‘ for not making greater use of facts and data when confronting National ministers. Without cold, hard facts and stats, slippery Ministers like Steven Joyce can find wiggle-room to avoid straight answers and indulge in wild flights of fantasy-spin.

But when the team at ‘The Nation‘ get it right, they do it well, and Ministers are laid bare for the public to see, hear, and assess for themselves. 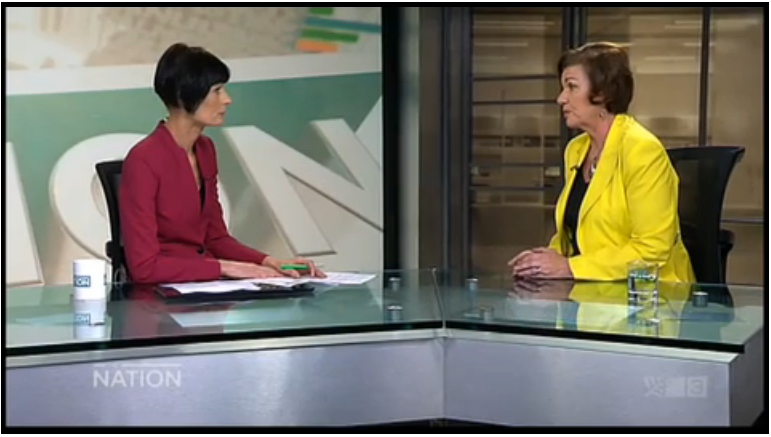 Both interviews showed Ministers out of their depths, and grappling with critical problems that apparently have “snuck up” on them – though the rest of the country had long been aware that not all was well in the Land of the Long White Cloud (and possible Red Peak).

Recent “revelations” of massive problems for children in State-care are only confirmation of what many in the sector already knew. According to Tolley’s own speech to the Fostering Kids New Zealand Conference  on 24 September;

By the time children with a care placement who were born in the 12 months to Jun 1991 had reached the age of 21:

Almost 90 per cent were on a benefit.

Over 25 per cent were on a benefit with a child.

Almost 80 per cent did not have NCEA Level 2.

More than 30 per cent had a youth justice referral by the age of 18.

Almost 20 per cent had had a custodial sentence.

Almost 40 per cent had a community sentence.

Overall, six out of every ten children in care are Māori children.

In 2013, children who had been removed from home were on average 8 years old and many of these children had been involved with the system since 2 or 3 years of age.

Seven year-old children should not have eight different home placements.

A study of those in care in 2010 showed that 23 per cent of children who exited care and returned to their biological parents were subject to neglect or physical, emotional or sexual re-abuse within 18 months. Ten per cent of those who returned to kin or whānau were re-abused, while re-abuse rates for those who exited into non-kin and non-whānau placements was one per cent.

It has taken seven years for a National minister to come to understand this? Where have they been all this time – playing golf on Planet Key?

But not only has  this government ignored this crisis in supporting young people in State care – but they have been criminally guilty of making matters worse by job cuts and destabilisation by constant re-organisation of  MSD (Ministry of Social Development);

Then Social Development Minister, Paula Bennett, was adamant that there would be more frontline social workers, despite the massive number of redundancies. Her mantra at the time was;

”I can absolutely assure them that the concentration is on frontline staff, on social workers that are working with those people that need it most, and that’s where this Government is putting their priorities.”

Take note that in the “re-structuring”  in 2009, the job cuts included “a team of 18 child abuse education social workers“.  In effect,  skilled professionals working on behalf of children suffering abuse were sacked.

Only the Minister of Finance trying to balance his books, and those who perpetrate child abuse on small bodies, could possibly have been delighted at that announcement.

To deflect criticism from the growing problem of  child poverty and New Zealand’s “under-class” (which, in  October 2011, even Key was forced to admit was rising), Bennett resisted demands to assess just how bad the problem really was;

No measurement; no way of telling how bad it is. Very clever, Ms Bennett.

But worse was to come, as National slashed the state sector to make up for revenue lost through two tax cuts and the recessionary effects of the Global Financial Crisis;

This time, the person over-seeing on-going job-losses and re-structuring was the current Social Development Minister, Anne Tolley. This time, the cuts were given a new euphemism; “re-alignment”.

Despite Bennett’s reassurances in June 2009  that there would be a “concentration […] on frontline staff, on social workers that are working with those people that need it most” – six years later the cutting of back-room support staff resulted in inevitable (and predictable) consequences. As Tolley herself was forced to admit on ‘The Nation‘;

At that point, Lisa Owen asked Minister Tolley the question;

“So are you telling me that we need more back-room staff to allow those people to get on to the front line and deal with the kids?”

“What we need is a system that is designed to look after those children when they first come to our attention, we need good interventions with them and their families, and we need to free up the front-line social workers to do the work they come in every day to do which is to work with children, not a system that’s built on layers and layers of risk management and bureaucracy and administration, which is what we’ve got now.”

The reason it is risable gobbledegook is that after hundreds of job losses – of mostly so-called “back room staff” one assumes – and restructurings, there cannot be too many “layers and layers of risk management and bureaucracy and administration” left in MSD.

“…But some evidence that was provided last year was the case-load review, which said that you were 350 social workers short. So can we expect more social workers?”

When the Minister offered vague assurances that “we may well” expect more social workers, Ms Owen was blunt;

“But ‘may well’ is not a definitive answer, is it, Minister? So yes or no? Will we get more?”

Tolley’s response was anything but reassuring;

“I don’t know, because the final system proposal will come to me in December, so I’m not going to pre-empt what the panel’s coming up with. What they’ve done in this interim report is give us the building blocks…”

Listening to the Minister was not only far from reassuring, but left a sense of unease.

Our esteemed Dear Leader, John Key, has already said that “outsourcing” to private providers for MSD services is possible;

I don’t think we’re seriously talking about the private sector taking control of all the children, but if there is some small function they could do, maybe, I’d have to see what that is.”

What is Key referring to – delivery of afternoon tea and biscuits to CYF staff?

Or, as more likely, would “some small function” involve Serco – already in deep trouble over it’s incompetence over running of Mt Eden prison?

On 31 August,  CEO of the Association of Social Workers, Lucy Sandford-Reed,was reported on Radio NZ as saying  she believed call-centre operations might be outsourced;

“That really creates an opportunity for further fragmentation of the service delivery and could potentially create the opportunity for failure. And there has been a sense that a organisation like Serco could be looking at picking up those contracts.”

Tolley was adamant on ‘The Nation‘ that there would be no outsourcing of MSD’s front-line services. She told Lisa Owen to her face;

However, only two days earlier (24 September), it was reported that Serco had indeed been ‘sniffing’ around CYF facilities in Auckland;

She’s previously denied knowledge of such visits, and told Parliament today she had been given incorrect advice by her ministry.

“I apologise for giving an incorrect answer (to previous questions)… I’m disappointed that I got incorrect information,” she said.

Opposition MPs suspect the visits were connected with the possibility of some CYF services being contracted out to Serco.

The question that begs to be asked is; why has National drawn attention to the (supposed) “failings” of CYF/MSD? Why was Tolley so eager to receive a report so scathing of her own department, as she stated in her 27 August press statement;

“I welcome the release of this report, which makes for grim reading for those involved in child protection, and have met with the Commissioner to discuss his findings.”

Usually, this is a government whose ministers are desperate only to present “good news” stories. They are quick to dismiss, minimise, or deride any criticism that does not fit with their “good management” narrative. Blaming the previous Labour government has become the #1 Default position of National ministers.

The only possible rationale why Tolley has commissioned a report into MSD/CYF – where no public or media pressure had demanded one – is that Paula Rebstock’s highly critical findings of MSD/CYF were pre-determined.

As Chris Trotter wrote in his analysis of Rebstock’s report on 2 April;

“The Rebstocks of this world are spared the close-up consequences of their recommendations. They are experts at reading between the lines of their terms of reference to discover exactly what it is that their commissioning ministers are expecting from them – and delivering it. So it was with Paula Bennett’s welfare review, and so it will be with Anne Tolley’s review of Child Youth and Family (CYF).

Once again in the lead role, Ms Rebstock will not have to work too hard to decode the meaning of Ms Tolley’s comment that: “CYF has drafted its own internal modernisation strategy and while it is a good starting point, it doesn’t go far enough”.”

Without doubt, Rebstock’s eventual (and predictable?) report into MSD/CYF was highly critical of that organisation.

Key has publicly disclosed that he is not averse to privatisation (aka, “outsourcing”) aspects of MSD/CYF’s services.

Despite Tolley’s denials, Serco has shown interest in CYF facilities.

Which leads to the inescapable conclusion that the Rebstock report; the willingness of Ministers to front up to the media to candidly admit to MSD/CYF’s shortcomings; is setting up a Problem demanding a Solution.

That “Solution” is privatisation of services.

Which perhaps is what Tolley was referring to in her 24 September speech;

“While the new operational model is being developed, a feasibility study of an investment approach to improving outcomes for vulnerable children is being commissioned by MSD on behalf of the panel, and the findings will inform the Panel’s December report.”

As in business investment.

“Well, I think you’ve always got to be very careful that you’re not setting up a professional caregiving regime. And when you talk to people who are fostering, most of them don’t do it for the money.”

Indeed, “people who are fostering, most of them don’t do it for the money” – but it sure helps pay the bills, especially for professional services for some very damaged children.

No wonder Tolley was vague on whether more money or social workers would be provided to MSD/CYF, in her replies to Lisa Owen. This was never about increasing resources to the Ministry or caregivers.

This is about a private enterprise “solution” to a National government “problem”.

The Rebstock Report is simply the means to sell that “solution” to the public and media.

Machiavellian does not begin to cover this mad agenda.

The Daily Blog: Why The State Needs To Support Young People Until They’re 21

Bill English: When numbers don’t fit, or just jump around

Polls and pundits – A facepalm moment 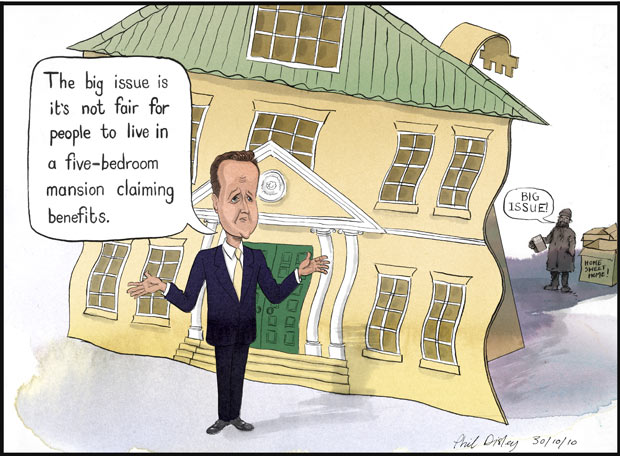