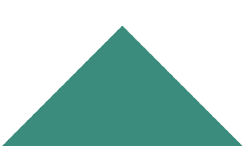 The Green Peak Flag symbolises the Green Party nestled into the crisp white suburbs of Wellington.

The Greens have always been frustrated by Labour in terms of gaining real power and real policy implementation, and with NZ First always needed to gain 51%, the Greens have been beholden to Labour to get crumbs.

Not anymore. The new breed of Wellington elites who run the Greens now want power and they want it in 2017.

The Greens shanking of Labour over Red Peak means the threat to work with National is no longer just talk, it’s real. This means Labour and NZ First can’t just take Green support for granted as Shaw is more than capable of cutting a deal with Key. This robs NZ First of their king maker position especially as they vehemently oppose a flag change and because they will be targeting National’s provincial vote, that will make relations between NZ First and National fragile.

The idea of the Greens really working with National will of course send shockwaves through the membership. You can read on social media the fury many Green voters already feel at what they see as a massive betrayal by giving Key support for his pointless flag referendum, but that’s not worrying Shaw or the Capital Clique who now firmly run the Greens. Shaw can see a drop in the Green vote down to 5.1% if need be, as long as he has enough numbers to make 51% with National or with Labour+NZ First. His ability to force policy concessions out of National or Labour+NZ First gives the Greens more chance of power in 2017 than merely waiting for the pittance Labour+NZ First are willing to give them.

Yes, the convoluted sacred rules governing how the Greens make decisions based on the phase of the moon state that Shaw can’t just go cutting deals with Key willy nilly, but if Shaw can get more out of Key than Little and Winston are prepared to give him, he’ll get the membership to sign off. He managed to let Farmers off the hook with policy change that won’t see them forced to do anything meaningful on climate change for 5 years, so he can get members to agree to a Ministerial position in the next Government.

Left wing members of the Greens will of course find such a possibility of working with National as disgraceful, and will resign in droves. Some of that vote will return to Labour, some of it will join the missing million voters who finally become disillusioned with politics. That won’t worry the Greens as they will hope to pick up some Party vote from National voters who see a real chance of Key and Shaw working together, even if that doesn’t eventuate, Shaw can risk dropping to 5.1% as long as that 5.1% is needed by National or Labour+NZ First to make 51%.

I’d feel angry about all of this, but I’m so personally disillusioned with politics in NZ that I can barely manage a ‘meh’. A plague on all their flags. In this one move, the Greens are making me consider doing something I haven’t done in about a decade, and that’s vote Labour, and currently Labour are making me not want to vote at all!

Meanwhile 305 000 children are hungry, climate change continues to threaten our future, the Government are almost ready to sign the TPPA, workers rights continue to get trampled, the minimum wage isn’t  living wage, social services continue to be privatised and housing affordability is beyond the means of the majority, but we got a neat flag design eh?