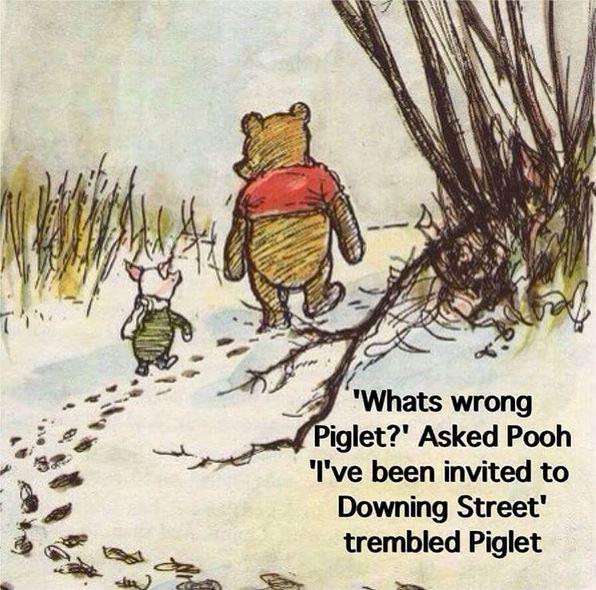 There exists, in politics, a ‘Ridicularity Threshold’, beyond which the buffeting barrage of electors and officialdom .. well .. laughing at you makes it impossible to continue to effectively hold office. At least in the short-to-medium term.

In the case of the former, it seemed nigh-on impossible for quite some months after his very public fall from grace to think of our Mayor without the phrases “Ngati Whatua Room” and “Less Duration Than A Pack Of Two Minute Noodles” marching with ill-deserved confidence and candor toward our mind’s eye. Also accompanied by a somewhat ghastly visualization of the Mayor in flagrante delicto – or, given the contents of Chuang’s affidavit, engaged in what I am charitably going to call a rather disconcerting if not disgusting use of the Mayoral office, desk, and telephone-lines.

It wasn’t even the much-purported logic that Brown had run for office on “family values”, only to repeatedly violate those values in quite literally exactly the same office he now occupied. That certainly would have broken his electoral base somewhat … but I don’t think this part of what happened was, by itself, insurmountable.

What actually seems to have broken him, therefore, had less to do with an image or appearance of hypocrisy (which, after all, is part and parcel of politics and national life in the public eye) – but instead the twin emotions of revulsion and ridicularity which from then on *had* to accompany every instance of his name being brought up in political or private discourse.

We simply couldn’t talk about him without vaguely remembering the contents of that affidavit – often with a seemingly salacious glee at being able to tut-tuttingly admonish one of our leaders while also feeling a rush of ghoulish pleasure at being able to gossip about the intimate and disconcerting (alleged) details of someone’s sex-life.

This is pretty much what it’s going to be like for David Cameron – or, as Twitter has taken to calling him, #Hameron.

By now, we’ve pretty much all become aware and acquainted with the details of what his younger self allegedly got up to with that pig’s head. If we’re active on social media, we’ve no doubt seen (if not indulged in the creation of) the dozens of Miss Piggy, Piglet, and David Cameron Holding A Pig In That Photoshoot One Time memes presently in circulation about him.

And yet, there are some key and important differences between #BaeOfPigs and Bevan Chuang.

This is, for the moment, alleged to be a one-off incident during Cameron’s youth. It is not therefore, in some senses of the term, a “live issue”. (Particularly as it was a *dead* pig rather than a live lover)

There are no txts. There is no signed affidavit.

Barring a whole bushel of Cameron’s former University party-brigade or Conservative Party comrades and colleagues coming out of the woodwork with fresh material, it seems likely that the hubbub will likely die down.

Cameron is also helped in this regard by benefiting from a seemingly pliant domestic media. On the same day this story aired, domestic tabloids had other things to do.

Indeed, without additional evidence coming forward for what presently seems to be a potentially somewhat defamatory allegation, it’s very likely that the #PorkGate brouhaha turns into the UK equivalent of #DirtyPolitics. That is to say – something which the Opposition, left-leaning voters, and certain segments of the media care very much and very deeply about … yet which ultimately, due to their over-enthusiasm for attempting to smear the PM/Government with it, switches off those all-important centrist and Conservative-core voters from taking the resulting allegations seriously.

The result is that a potentially explosive skyrocket up the arse of the government turns into a disappointing fizzer.

A dismal projection whose reality is, no doubt, rendered more likely by the tyranny of timing: this revelation has occurred a mere few months after the UK last went to the polls for a General Election, increasing the resultant likelihood that nobody of any importance will remember/publicly care about the #BaeOfPigs incident by the time of the next Election.

Additionally, even for some of the most … outwardly reprehensible to the Electorate at that point in time affairs, in Politics there’s almost always a way back – *if* you play it right.

We all know what he was accused of, and what he admitted to doing (although to his credit, he paid back the illicit expenditure *well* before it became a headline – in contrast to other Labour MPs caught up in the release of records at the time like Chris(t) Carter).

And in common with Len Brown … there was a sustained period in our national life wherein it was virtually impossible to think of Shane Jones – much less bring him up in either serious or work-room conversation – without the terrible thought of him *ahem* enjoying himself in a taxpayer-funded hotel room springing instantly to mind.

And yet the differences between how the Brown affair played out versus #PornGate may prove to be instructive – particularly for Cameron.

Two years after Len Brown’s indiscretions became public knowledge, the Mayor is a lame duck – alleged to have given up all hope of an attempt at a third term by even his own campaign team abandoning him. It seems certain that, by this time next year, Brown will have all but disappeared from public political life entirely.

Three years after Shane Jones’ misuse of a ministerial credit card became public, however, Jones was storming his way into the national news media as the surprisingly well-liked and electorally-popular “wildcard” candidate in Labour’s internal leadership election. It was unlikely that he’d ever have managed to win it – but seemingly almost overnight, he managed to go from being the man dubbed “the Minister for Porn” (or, using his own terminology, a “red-blooded male”) through to the Labour Party’s “Great Brown Hope” at winning back the Working Class. Indeed, I feel virtually certain that Labour’s dismal showing at the 2014 Election can be partially chalked up to his absence from their ranks.

These days, Jones is being talked up as the possible successor to Winston Peters as Leader of New Zealand First – a dramatic turnaround from public laughingstock to a figure even Winston seems to take seriously.

In short, the latter seems to have recovered with surprising grace and dexterity – deftly using the Labour leadership contest to transform himself in the public perception from a figure of ribald amusement … into somebody a broad swathe of the electorate actually seems to have quite a bit of time for – possibly because when compared to the rest of the Labour Party, he seemed altogether less ridiculous. To *that* portion of the electorate, anyway.

Only time will tell whether the #BaeOfPigs‬ imbroglio becomes a temporary blip of pork-barreling politics for Cameron amidst an otherwise reasonably distinguished Parliamentary and Prime Ministerial career … or whether, even now, shadowy figures are amassing in a smoke-filled board-room somewhere near Westminster, about to summons Cameron into their midst to tell him of the impending bad news about his resignation from the frontbench of public and political life while his image goes into unmitigated freefall.

I don’t rule out Cameron making a recovery – he’s got some of the best spin in recent media/political history around him, and Corbyn doesn’t seem to have the Winstonian flare for personal attack politics to try and make an issue out of it (although it would arguably only taint Corbyn’s personal brand to do so anyway).

But it will be interesting to watch the continual flow of memes and social media jabs evolve into mainstream-media haranguing over the coming few days – and see whether, in consequence, this puts Cameron’s own party and supporters off him. As well as the extent to which it harms his reputation with the three most important groups in any Westminster democracy: the shadowy financial backers (one of whom’s already written a book :P); the party apparatchiks and civil servants without whom it’s impossible to hold office or to govern; and somewhere down in distant third place … the electorate itself – particularly those centrist or ‘swing’ voters whose depth or dearth of public opinion is vitally necessary to capture in order to maintain a government, election after election.

One thing’s for certain, though. The burning of bacon in the pan that is Cameron has put an irreversible streak through the teflon that formerly coated him.

He will never appear quite the same, in our eyes, ever again.