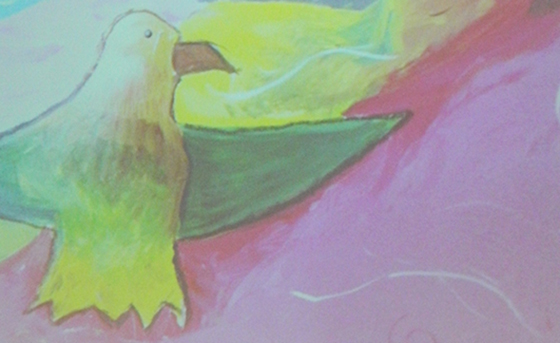 BEFORE Parisian car engineer turned-designer Louis Réard named the sexy two-piece swimsuit he created a “bikini” in 1946, it was the name of an obscure Pacific atoll in the Marshall Islands, lost among more than 1100 islets in the trust territory, now an independent republic.

And Bikini Atoll was the Ground Zero for 23 US nuclear tests in the Pacific – out of some 67 conducted over the next dozen years in the Marshall Islands.

Last year the little republic filed a controversial lawsuit in the International Court of Justice at The Hague against Washington and the eight other nuclear powers – Britain, China, France, India, Israel (although it denies possessing a nuclear arsenal), North Korea, Pakistan and Russia.

The Marshall Islands accuses the nuclear club members of “violating their duty” to negotiate in good faith for the elimination of these weapons.

Now, over this weekend in New Zealand, some 200 people have participated in a World Without War conference drawing up a list for proposed action for peace and the Marshall Islands action came in for some strong support from several speakers.

Speaking in a video message from outside UN headquarters in New York, Alyn Ware, international representative of the Peace Foundation, organisers of the event at Auckland University of Technology, gave updates on various initiatives and was optimistic about the Marshall Islands case, believed that it would at least gain sufficient traction to drive the nuclear powers into serious negotiations.

Ware, who is also international coordinator for the Parliamentary Network for Nuclear Disarmament and consultant for the International Association of Lawyers Against Nuclear Arms, argued rather compellingly for New Zealand support for this Marshall Islands initiative.

Humanitarian law
His positive voice was echoed by Dr Kate Dewes, co-director of the Disarmament and Security Centre, and lawyer Matt Robson, a former Alliance MP, who outlined how international humanitarian law currently “banned” the use of nuclear weapons.

Many of the sessions at the conference had strong UN empathy with a view that New Zealand should be making far more use of the instruments available, especially while chairing the Security Council – it was chair for the month of July this year and will be chair again for a month during 2016.

Other global proposals included promoting the International Day for the Total Elimination of Nuclear Weapons on September 26, supporting the creation of a UN Open-Ended Working Group to take forward nuclear disarmament negotiations, and promoting environmental security.

But feedback for action plans overall from the conference was quite eclectic. Some ideas put forward by speakers representing many groups in New Zealand included “setting up a non-violent peace force”, “bringing peace back into Greenpeace”, “reinvigorating public education”; advocating stronger controls on the international arms trade – “there are more regulations on the banana trade than arms”, a higher level of collaboration and coordination between peace movements, legal ratification and integration of the Treaty of Waitangi among all New Zealand communities; establishment of a government monetary policy and for business to live within sustainable means; introduction of “peace journalism” as a concept in schools and in communication studies programmes; and cross-party “anti-war policies”.

Also a priority was “listening” more to youth and involving them far more. This was an irony given that although a group of inspiring young interns from several countries working with the Peace Foundation were involved in the conference as volunteers, relatively few youth were to be seen.

Where were the students and school children in the programme – almost apart from the SGINZ Victorious March Band who were stunning? Surprising given the foundation’s tremendous education programmes, especially Cool Schools. (Many remarks were made too about the almost exclusive middle-aged male line-up in the two-hour “opening remarks” session – no gender balance, but two impressive youngsters added zest to the session.)

Peace Foundation president Dr John Hinchcliff, Vice-Chancellor Emeritus of AUT, had given challenges to the conference in the opening session, and also in a video reported by Pacific Media Centre student Alistar Kata a few days earlier.

Refugee crisis
One of the most popular sessions at the conference was devoted to the refugee crisis with several speakers describing their experiences as refugees and overcoming the New Zealand bureaucracy barriers in becoming established citizens and residents in this country.

Dr Arif Sayeed, chair of the NZ Refugee Council, applauded many New Zealanders for their support but also called for more compassion and understanding for refugees coming from war zones such as Syria.

A new feature documentary, The Man Who Saved the World, was screened about the extraordinary 1983 case of Russian retired colonel Stanislav Petrov, who refused to follow protocols and order a counter-strike when Soviet early warning systems wrongly signalled that five nuclear missiles had been launched by the US. It could have been a global nuclear winter.

Even now there are still at least 15,695 nuclear warheads with at least 1302 on high-alert after almost a quarter century since the end of the Cold War.

The filmmakers thrust Petrov out of his obscure vodka-fuelled retirement – “I am just an ordinary man, the right person at the right time” – to take him to New York to see the United Nations, and to also meet actors Robert De Niro and Kevin Costner, and later reunite with his estranged 90-year-old mother in Russia. The conference screening was the Australasian “premiere”.

Summing up from several contributions, conference organiser Christopher Le Breton said: “We have huge rampant social injustice, and wars and conflicts, precipitating a mass refugee crisis, and we have pollution to our seas, extinctions of species, and a sense of frustration and alienation among some that one person cannot make a difference.”

He said awareness of strengths of living in Aotearoa, “together with the possibilities we have, helps inspire our attitude, and the action we get involved with to transform our lives and the planet.

“We have a chance to be seeds for the future.”

The foundation intends to follow-up with participants and involved groups through a range of key action recommendations.