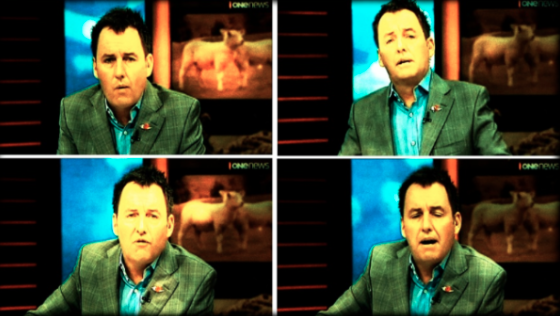 Sometimes insulting or abusive judgments about others reveal more about the judger than the accused. Individuals may psychologically project their own negative qualities onto other people without realising that they are doing so. The constancy of such behaviour may reflect haughtiness, grandiosity, fierce entitlement, a need for admiration, and other narcissistic traits. These thoughts came to mind after reading Mike Hosking’s recent New Zealand Herald column (‘Corbyn leading fool’s errand’, 10  September 2015). The soon-to-be Labour leader Jeremy Corbyn was described as being “a stark-raving loony” and as “about as far left of the political spectrum as you can get”. These judgments are entirely wrong and reveal much about the person who has made them. In the following commentary I will defend this evaluation step-by-step.

Corbyn stands opposed to the prevailing policy regime of privatisation, austerity for the poor, and reduced tax rates for corporates and upper-income earners. This has caused  “falling real wages”, the removal of “spending power from the economy” at the expense of “growth and future prosperity” (Jeremy Corbyn, ‘The Economy in 2020’, 2010). Corbyn instead proposes a national investment bank to fund public infrastructures alongside new housing, health and education programmes. The latter would include a National Education Service (NES), the replacement of university tuition fees with grants – at a cost of £10 million – and the removal of private finance initiative schemes from the National Health Service (NHS). Public service provision will be paid directly from tax revenue rather than public-private sector arrangements. The entire plan hinges upon a radical overhaul of the British tax system. Corbyn’s chief economic adviser, Richard Murphy, estimates that corporate tax avoidance-evasion costs the country around £120 billion a year. He favours the introduction of “country-by-country reporting” for corporations as a means to increase financial transparency. Murphy is no loony. He is a chartered accountant with a degree in Economics and Accounting, co-founder of the world-renowned Tax Justice Network, co-author of Tax Havens: how globalisation really works  (Cornell University Press, 2009), and sole author of the Courageous State: rethinking economics, society and the role of government (Searching Finance, 2011). It is ridiculous to claim that Murphy and Corbyn are “far left” on tax policy. Alongside anti-avoidance-evasion law reform, the top income tax rate will stay at 50% and corporate taxes will remain around 20% (compared to 34% under the Thatcher Government). Murphy and Corbyn also note that the Bank of England’s quantitative easing programme would help fund public expenditures. Historically low interest rates should be the occasion for major investment rather than brutal austerity cuts. This is all common-sense Keynesianism, which is why 41 leading Economists, including a former Bank of England adviser, have publicly supported Jeremy Corbyn’s policy platform. In a signed letter, the Economists wrote:

“The accusation is widely made that Jeremy Corbyn and his supporters have moved to the extreme left on economic policy. But this is not supported by the candidate’s statements or policies. His opposition to austerity is actually mainstream economics even backed by the conservative IMF. He aims to boost growth and prosperity” (D. Boffey, ‘Jeremy Corbyn wins economists’ backing for anti-austerity policies’, The Guardian, 22 August 2015).

Since the last election, David Cameron’s Conservative Government have rushed through £ 4.5 billion worth of new public expenditure cuts plus asset sales. The Guardian’s Seamus Milne calls this “austerity on steroids”. Further cuts worth £10 billion are planned along with privatisations from the major public stakes in Lloyds, The Royal Bank of Scotland (RBS), Royal Mail, Royal Mint, The Met Office, and Channel  4. This policy path has drawn criticism from the OECD, powerful Tory figures and 77 leading economists (S. Milne, “There’s no reason to accept austerity, it can be defeated”, The Guardian, 17 June, 2015). The Government’s position is unsupported by mainstream economic research and is quite extreme internationally. Back in April, before the general election, US Economist, Paul Krugman, wrote “I don’t know how many Brittons realise the extent to which their economic debate has diverged from the rest of the Western world – the extent to which the UK seems stuck on obsessions that have been mainly laughed out of the discourse elsewhere”. This assessment was based on Cameron’s austerity measures of 2009-11. The net result then was falling economic growth and a stubbornly large budget deficit (despite promises to resolve the latter problem). After that period, Krugman argues, economic growth began to revive. Critically, for our purposes, he also refers to “the limpness of Labour’s response to the austerity push”, they had been gulled into thinking that budget deficits were the biggest economic issue and they devised no alternative to a prevailing policy course which manifestly failed to meet its own objectives (P. Krugman, ‘The austerity delusion’, The Guardian, 29 April 2015). This analysis reveals that England’s entire party political establishment occupies an extreme economic-right position. By comparison, Jeremy Corbyn’s policy platform is an intelligent, common-sense alternative.  He appears “far left” to those such as Hosking who are coming from an extreme economic-right position.

Austerity policies have no electoral mandate

The Conservatives were elected by fewer than 37% of voters and by only 24% of those on the roll. Never before have they won a parliamentary majority on a lower share of the vote. Regionally, popular support for the Government is strong in the South East, weaker in the North, and virtually non-existent in Scotland. Cameron’s austerity cuts, attacks on union activity, and his privatisation agenda were never signalled during the campaign. In short, the British Government has no electoral mandate for their policy agenda. Before Jeremy Corbyn’s arrival, Labour had no effective response to the Conservatives. Their austerity-lite position had no mandate either. On election day, millions of potential Labour voters went for UKIP, the Scottish National Party, or the Greens, if they voted at all. Hosking’s NZ Herald column asserted that “politics in Western democracies is won in the centre”. In the British case, however, the political centre in parliament is rightward of the political centre at large.  Most Britons are against further privatisation and austerity cuts. So, on Hosking’s analysis, Corbyn’s identification of ‘the centre’ among the populace is clever politics.

Corbyn presents himself as representative of a growing social movement, rather than as a self-possessed charismatic personality. He is sane, measured, and calls things as he sees them, without spin doctoring. The proposed policy agenda should not surprise anybody; Corbyn’s economic and social convictions have not essentially changed in 40 years.  With well-informed up-to-date advice, he remains a Keynesian social democrat. Corbyn realised, before anybody else, that such an outlook was no longer an anachronism. What you see with the new Labour leader is what you get, which brings me back to the theme of projection. Hosking’s abusive rant against such a person shows, metaphorically speaking, that lunacy can reside in the mind of the beholder.