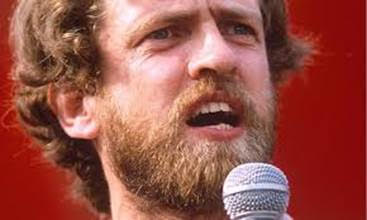 AND SO IT BEGINS. According to that house-journal of the British Conservative Party, The Telegraph: “John Mills, Labour’s biggest private donor, said he would stop giving money to the party in the wake of Mr Corbyn’s election and instead fund the MPs plotting to oust him.”

The response of the British Establishment could hardly be clearer. Be it Mr Mills and his millions, or the Blairite heavy-hitters who have resigned their front-bench positions rather than serve under a socialist leader, the men and women who have worked so long and so hard to deny British voters a genuine choice between alternative futures, are peeling away from Corbyn in anticipation of all-out war.

Looking back through British history, it is difficult not to seize upon the moment when King Charles I, accompanied by his family, and joined by his closest political allies, deserted London for the Royalist stronghold of Oxford. It was there that he raised the Royal Standard against England’s Parliament – thereby setting in motion the English Revolution, and a civil war that would kill more Britons – per head of population – that World War I.

Over the top? Maybe. But only “maybe”. Because, whether they realise it or not, the quarter-of-a-million Britons who voted for Jeremy Corbyn were also voting for revolution in the UK.

Revolution? Really? Yes, “really”. What else would you call a political project committed to toppling the economic and social status quo? A project determined to roll back 30 years of neoliberalism? A project which openly proclaims its objective of bringing into being a mass, nationwide movement for radical social democracy – and equipping it with state power?

Some people get it. Here, for example, is the response of Rob Williams from the National Shop Stewards [union delegates] Network: “‎The victory yesterday by Jeremy Corbyn has changed everything. The vote we saw yesterday was a political revolution. We must build a mass movement against austerity and the anti-union laws. The message must be simple – Cameron: we are going to take you down. Your anti-union bill and your cuts, you’re going down because we are mobilising against you.”

And then there’s this, from Mark Serwotka from the powerful Public and Commercial Services Union: “If we are going to see any of those policies realised, we will not get that just through what Jeremy Corbyn and the Labour Party do in Parliament. If Jeremy Corbyn wants to win on those policies, he absolutely needs a mass vibrant movement in the country… He needs the six-and-a-half million trade union members to ensure that we have that vibrant campaign through strikes, demonstrations, local campaigns, occupations and everything else ….. We have the ability to stop austerity in its tracks, to topple this government and to ensure we get a fairer society.”

It is statements such as these that prompted the British Prime Minister’s, David Cameron’s, terse response to the Corbyn landslide. “The Labour Party is now a threat to our national security, our economic security and your family’s security.”

Just pause for a moment and absorb the meaning of those words. Think about all the other individuals and groups which, over the decades, have been described as “a threat to national security”. Recall, if you can, the sorts of measures the British “secret state” (most particularly, MI5) felt entitled to take against these many and various “threats”.

Were they not long out-of-print, I would recommend two books – Smear! Wilson and the Secret State, by Stephen Dorrill and Robin Ramsay, and The Wilson Plot: How the Spycatchers and Their American Allies Tried to Overthrow the British Government, by David Leigh – as useful guides to the likely fate of any Labour leader who steps beyond the boundaries of what the British Establishment deems to be politically acceptable. Alternatively, you could watch the excellent 2006 BBC docudrama The Plot Against Harold Wilson – which covers much the same ground.

The events described in the books and the docudrama all took place the 1970s. Jeremy Corbyn was a young man in his 20s when the decade began. As a middle-class boy steeped in the history and traditions of the Left (his parents had met each other in the Spanish Civil War!) Corbyn soon gave up the life of a half-hearted Polytech student to become a trade union organiser. Living in the capital city through the drama of the 1973 Miners Strike; the fall of Edward Heath’s Tory Government; the sudden resignation of Harold Wilson; the IRA’s bombing campaign on the British mainland; the tragic 1978-79 “Winter of Discontent”; and the ominous rise of Margaret Thatcher; he could hardly fail to absorb the political lessons of that most querulous and perilous of decades.

Perhaps it was the fact that he did not go to university that saved Corbyn from the trahison de clercs  that saw the CPGB stalwarts behind Marxism Today end up singing the praises Tony Blair’s “new times”. Then again, it might simply have been the grounding effect of his day-to-day trade union work. Whatever it was that steered him clear of “New Labour’s” siren song, Corbyn remained true to the mass-based, radically democratic and very public politics of the era in which he came of political age.

He had seen this politics at work on the streets, in the factories and down the pits, and he had realised how much it frightened the powers that be. He’d also witnessed the lengths to which those same powers would go to demobilise and demoralise the ordinary people who are the only reliable drivers of progressive economic and social change. If Jeremy Corbyn’s politics were forged in the 1970s, they have been well-tempered in the treacherous decades that followed.

Labour’s new leader, and his enemies, are both acutely aware of the power of the political genie the party’s leadership election has released. In just a few, tumultuous weeks Britain has found itself cast into a political version of Life on Mars. Questions that have not been put to those in power for 40 years are about to be asked again – and by a man who, unbelievably, was there the first time around and remembers them all. They are not easy questions – many of Corbyn’s younger followers have never heard them asked before – and the answers are likely to prove painful for many and, for a few, very costly. But only in the asking, and the answering, of these, the most fundamental of questions: about Justice, and Equality, and Liberty, and Love; can the Matter of Britain be moved forward.

And did those feet in ancient time

And was the holy Lamb of God

And did the Countenance Divine

Shine forth upon our clouded hills?

And was Jerusalem builded here,

Among these dark Satanic Mills?