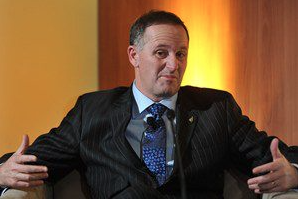 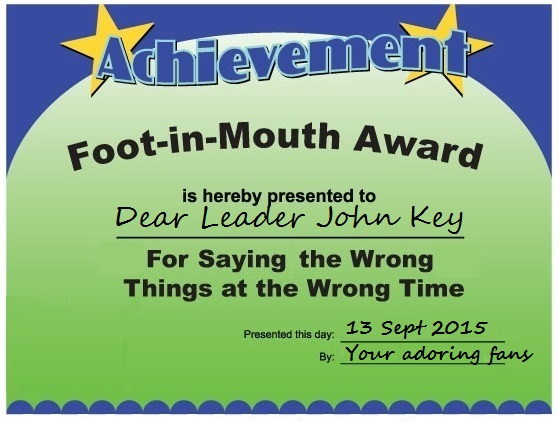 As international prices for milk-powder plummet to historic lows, wiping billions from Fonterra’s pay-out to farmers; the economy; and tax revenue;  sending farms to the wall and collapse; and pushing New Zealand closer to recession – our esteemed Dear Leader, John Key, had this to say about the downturn;

“Dairy prices are down a little bit…”?

And I suppose World Wars 1 and 2 were “nations disagreeing a little bit“.

You can always count on the sky on Planet Key being warm and rosy. 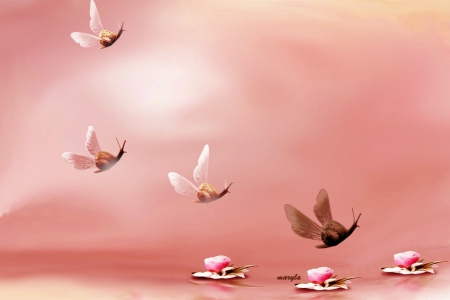 Contrast Key’s disingenuous, Pollyannarish positivity, with former Finance Minister, Dr Michael Cullen’s, warnings about the Global Financial crisis in June 2008, and how it was impacting on New Zealand’s economy;

“In 2008, New Zealand’s economy has begun to feel the effects of a challenging global environment. Global increases in commodity prices have seen the cost of food and petrol increase significantly here at home. Internationally, there are fears that these increases could impoverish tens of millions of people in developing countries.

The continued fallout from the subprime mortgage crisis in the United States and the resulting global credit crunch have led to higher mortgage rates and a weakening of the housing market domestically, squeezing the budgets of existing homeowners and reducing household spending and investment growth. The weakness of the United States Dollar has been an important driver of a very strong New Zealand Dollar, making life difficult for some exporters. Adding to this, farmers are battling drought in a number of regions and GDP growth will slow as a result.

While these challenges are not of New Zealand’s making, they are affecting New Zealanders today. And while the New Zealand Government cannot single-handedly bring down food and petrol prices or end the credit crunch, we have a responsibility to manage our way through these difficulties while protecting families from the harsh edges of any downturn.”

Cullen was up-front with New Zealanders, warning of tough times ahead.

Key treats us like children, because deep down, his barely-disguised arrogance taints and defines his view of New Zealanders.

Sometimes, though, the disdain he holds for ordinary Kiwis pokes through his public persona of “likeable blokiness”, and becomes manifested in sneering derision. As he has done with anti-TPPA protests and opposition to the partial-privatisation of state assets;

“They don’t fully understand what we’re doing. My experience is when I take audiences through it, like I did just before, no-one actually put up their hand and asked a question.” –John Key, 27 October 2011

“Well, the numbers don’t look like they’re that significant. I mean at the moment it’s sitting at around about 40 per cent. That’s not absolutely amazing, it’s not overwhelmingly opposed. But the people who are motivated to vote will be those who are going to vote against.” – John Key, 14 December 2013

“There’s three groups – some are Jane Kelsey and her people; she’s been opposed to every single free trade deal… she’ll never agree. The second group are the Labour and the Greens people; they are there with all sorts of stuff… Labour in their heart of hearts are actually in favour, but they’re in that oppositional mode at the moment where they’re opposed to everything… then you get to the third bit with people who are genuinely protesting, but I think protesting on quite a bit of misinformation.” – John Key, 17 August 2015

With each passing year, it gets harder and harder to hide the real John Key from public gaze. 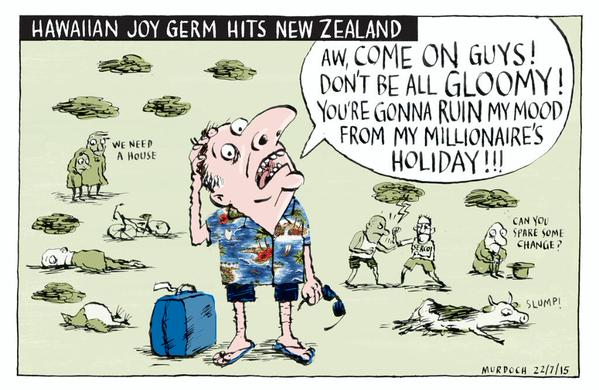